In the Japanese dub of Frozen, Anna says 'unmei' (fate/destiny; the late Sayaka Kanda) instead of 'true love' (Kristen Bell)?

In frozen Japanese dub, Anna, voiced by the late Sayaka Kanda, says unmei (運命 , うんめい) instead of 'true love' as it was originally said in Kristen Bell's portrayal.

Is 運命 just treated synonymously as, say, 本物の愛 (I think honmono no ai and ほんもののあい) or 真実の恋 (I think shinjitsu no koi しんじつのこい) from Kaguya-sama?

Well 1 big difference is that Anna was engaged to Hans on the same day as their meeting while in Kaguya-sama they (Kaguya and Miyuki) are nowhere near marriage at the time, so maybe it's not that synonymous.

Okay so I dug up my old copy of the Japanese Frozen and well I was wrong. Apparently not every 'true love' of Kristen Bell is translated the same way. You can even see in the Japanese For The First Time In Forever (Umarete Haijmete) where while Kristen's Anna says 'A chance to find true love', Sayaka's Anna says 'Koi wo mitsukete.'

However some parts with unmei are when Sayaka's Anna says 'unmei no hito', which I guess translates to like 'person of destiny', 'fated person' or 'person (I am) destined to be with (in marriage)'. Below are 3 such scenes, where for some reason the 1st scene's subtitles say 真実の愛 (but I believe my Japanese is good enough to say that the Sayaka's Anna really says 'unmei no hito dakara'...and I'm pretty sure it's dakara because I think dakara would be used the same way a certain Philippine word might be used). 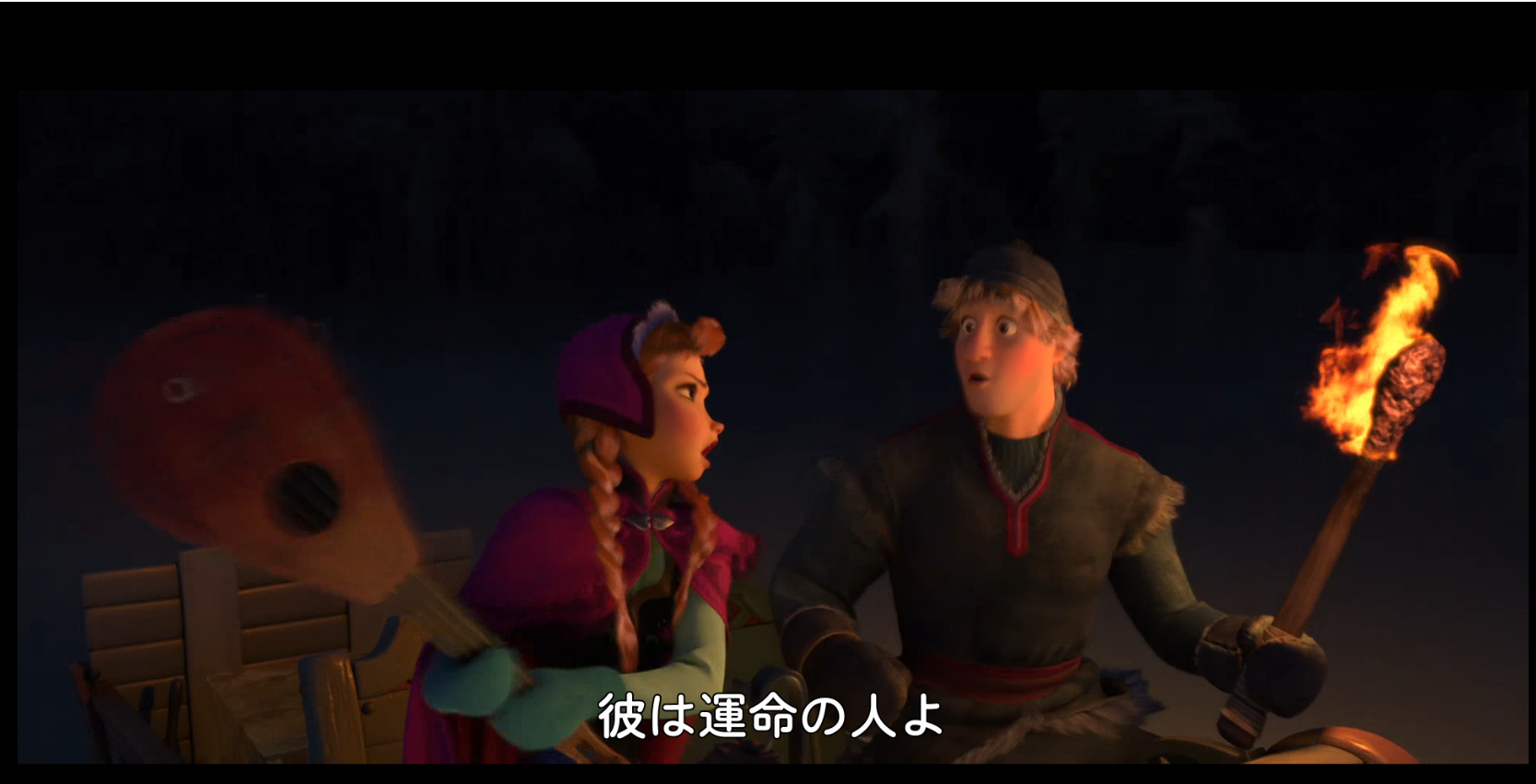 Scene 3 - Kristen's Anna: I was wrong about him. It wasn't true love. 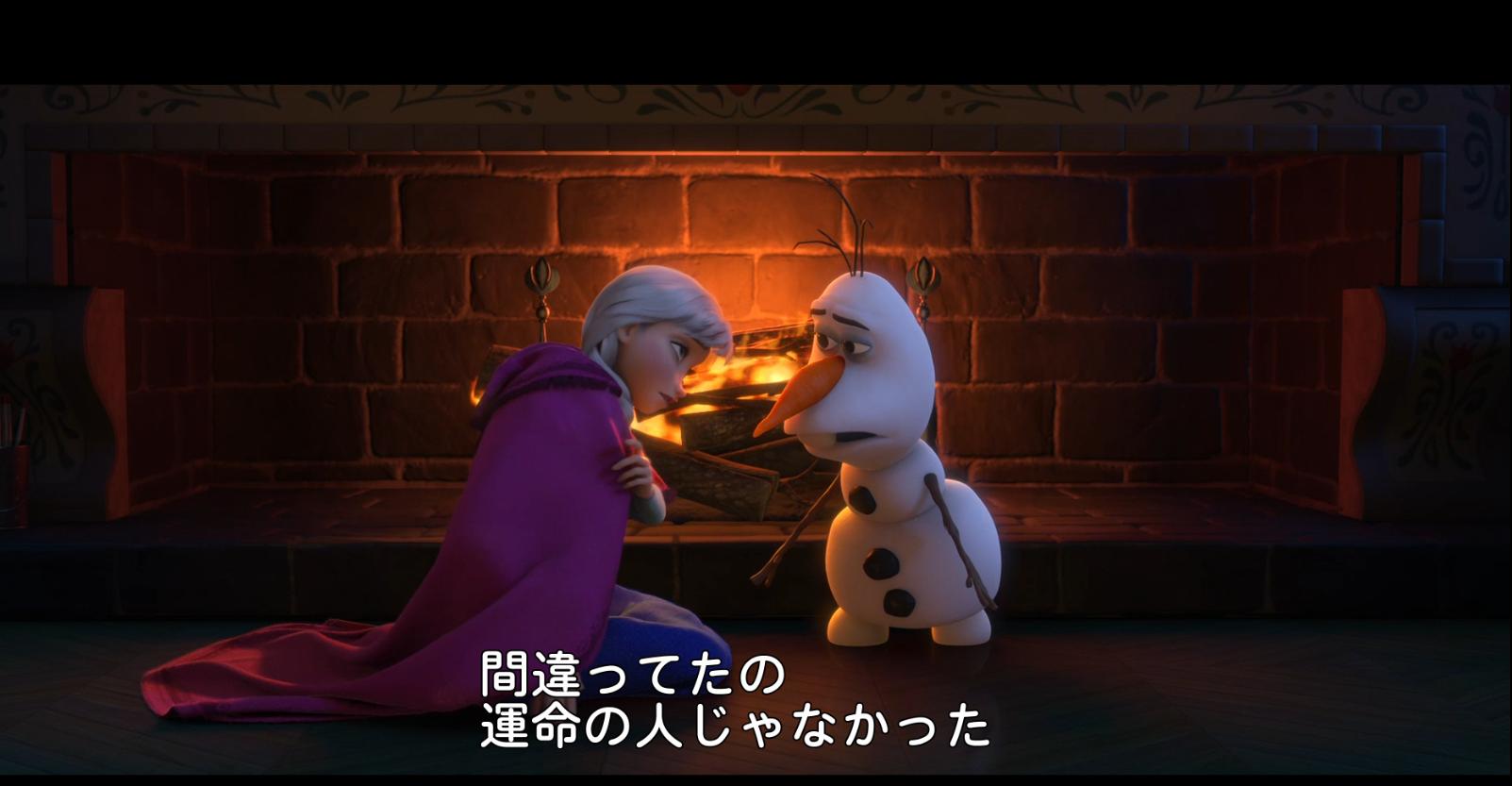 But this 1st scene's wrong subtitles are I guess serendipitous to my question. Okay so my question initially was something like

'When Anna says "It's destiny" instead of "it's true love", are 'destiny' and 'true love' synonymous here?',

which has a wrong assumption.

When Sayaka's Anna says that (Hans is) a person of destiny, how synonymous is that to saying Kristen's Anna's original 'It's true love' (where 'it' is presumably 'what I have with this person' ?

2 - And actually if Sayaka's Anna were to have said (as I misremembered) 'It's unmei', then it would've been, what, synonymous to 1 of those true love variants above? Or not really? Or in the 1st place is 'unmei da'/'unmei dakara' perhaps an odd word choice or something?

word-choice phrases synonyms anime dub
Share
Improve this question
edited May 27 at 18:43
BCLC
asked May 27 at 6:54

In general, you cannot expect lines from a movie to be translated literally and consistently like an scientific article. In particular, subtitles tend to be simplified aggressively. Even if the translation of some word seems inconsistent, it is quite possible that there is no deep reason for that.

If there is a reason, it may be because the meaning of 愛 is narrower in Japanese. 愛 is a purely intangible concept, and it does not refer directly to a person. "He's my true love" may be a valid expression in English, but 彼は私の真実の愛だ sounds funny in Japanese. 恋 and 愛 are different concepts in Japanese, and the latter is an uncommon word in a story like Kaguya-sama. I know almost nothing about this movie, but uttering a grandiose word like 真実の愛 many times while thinking of a specific person may sound a bit like a daydreamer or chūnibyō. I won't be surprised if the translator decided to replace some instances of "true love" to 運命の人 to make them sound more natural in Japanese.

Not the answer you're looking for? Browse other questions tagged word-choice phrases synonyms anime dub .

4
What is the difference between koi, ai, and renai? 恋、愛、恋愛
1
Idina Menzel pronounces "Sayaka" ( 沙也加 )?

4
Does the Japanese word for "love" have different connotations than it does in America?
4
Translating the phrase "Says the guy who..." into Japanese
2
Popular: モテ vs 人気