My question is about the phrase used in this panel from 宝石の国 Chapter 1: 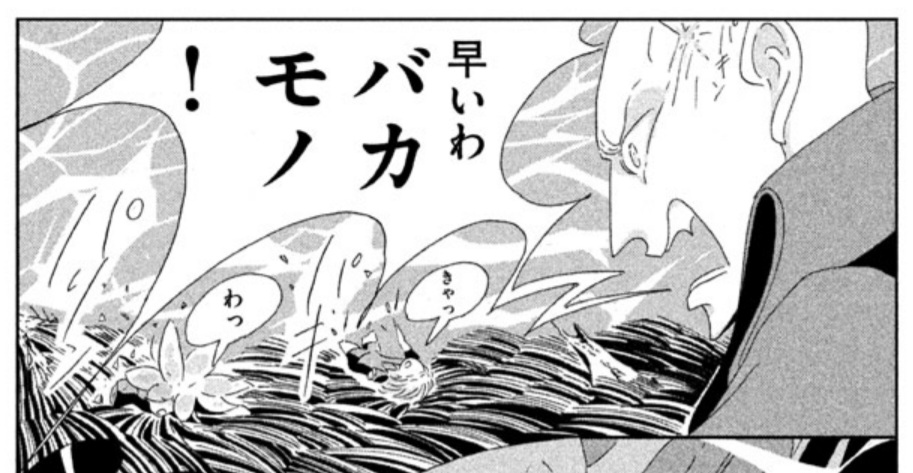 I believe (though I'm not sure of it, as the まだ sits in the previous panel) the full line may be "まだ早いわバカモノ！". The context of the scene is that the two characters getting scolded went off to fight an enemy alone instead of reporting their presence, and ended up getting beaten up quite badly.
I'm aware of わ functioning as a feminine sentence-ending particle, but that clearly doesn't fit Kongo-sensei (the shouting character). I know it can also be used with different nuance depending on the region, but I don't really recall it uttered by this character anywhere outside of this line, so I doubt it'd be just a part of his speech style. I struggle to find much information on it besides that, but found this thread discussing what seems like a different version of the expression used here, with わ similarly tagged on its end; however the わ is not discussed there. Is it used here as a part of a fixed expression and if so, where did it come from? If not, how does it contribute to the meaning of the line and where does it stand grammatically?

A song titled "うっせぇわ" caught on a few years ago and its "わ" is the same use case as yours (うるさいわ>うるせえわ>うっせぇわ. Probably equivalent to "Stuff you.").

The chorus part starts with "うっせぇうっせぇうっせぇわ." "うっせぇ" is repeated three times and "わ" is added only to the last one. By doing so, listener understands that the first two just came out and the last one was winged to somebody. "わ" in this case also adds stubborn (and in most cases hostile) tone.

all used irrespective of gender.

14
What is the implication when a gruff old man ends a sentence with わ?
4
What does the word 「とくら」 mean?
2
せいせいすらあ Meaning