Is this a kanji, a radical or something?

I've seen some kanjis have this figure inside it. It's similar to other radicals and kanjis, but I couldnt find anywhere that it is a kanji or radical of its own. Is this a kanji or a radical by its own? Being able to identify part of a kanji as another kanji or as a radical helps memorizing them

I can't type the symbol with my computer, if someone can please add it to the title it would be appreciated and it would make the question more descriptive and useful for others 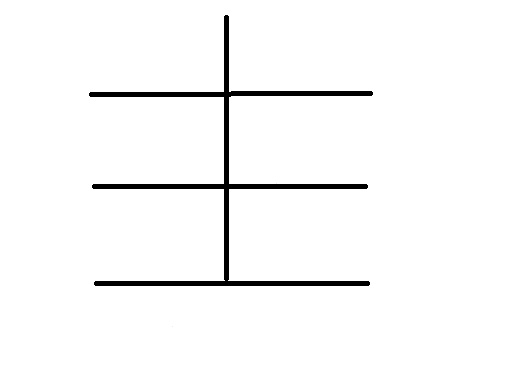 For example it's used in this one above 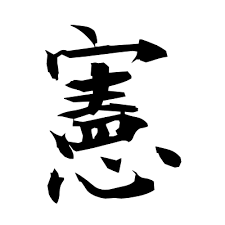 (For what it's worth, the radical of the 憲 character is 心, the element on the bottom.)

User istrasci pointed out that the central component of 憲 is four strokes, not five. Upon further research into the historical development of the character, it is clear that this component was originally something more like 丰 ("ear of grass" pictogram) or 丯 ("dense"), where the vertical stroke extends below the bottom-most horizontal bar.

So depending on the context in which you see the graphical element you included in your post, it might be 主, or it might be one of these other elements.

Kodansha labels the top part of 青い as a ''Growing Plant'' Grapheme in one of the kanji descriptions but I'm not sure if that's the same, as the middle part is shorter.

9
What is the radical which is written by two dots on the top of a Kanji?
1
Kanji radicals: Question to the radical assignment in dictionaries
1
Why are there different names for the same kanji radical?
8
Can an individual Kanji character have more than one radical?
1
To describe how to write a kanji, is it more useful to say the radical first, or the base kanji?
2
Is 戈 a joyo kanji? What does it mean?
0
Is this a joyo kanji? What does it mean?
1
How do I know which radical in a character is the primary radical?
1
Kanji radical names
5
What is the upper radical in the Kanji 悪?