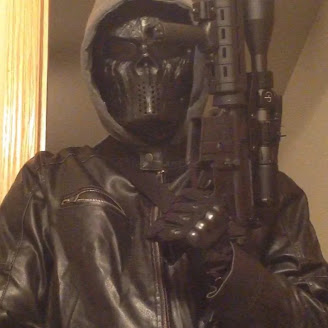 My nickname Reaper isn’t to be scary or a dark thing, I died clinically on two different occasions and in my family, there is a thing about overcoming something that is “supernatural” that in doing so you are given the title. So I beat the Reaper, & got the nickname from my grandma of all people. I am Lucht Siuil (Gaelic term) but Irish Traveler heritage, yeah more common is Gypsy, tinker, or other terms but those lump multiple nomadic groups together. I grew up with Gaelic and English used, and that was the origin of my path towards linguistics. I also have ADHD & high functioning autism, and growing up realized that where others had emotional reactions, I reacted with logic and reasoning. Having an interest in linguistics and the efforts of trying to mimic and understand others for so long I pursued my degree in cultural anthropology. I realized what was normal or abnormal to my peers in one country, wasn’t consistent in other countries. This was also fueled by an early age getting involved in martial arts. My step-grandmother has grown up in Japan and started teaching me Kendo, and I began training in kickboxing, and taekwondo to overcome the effect of close proximity and having autism. When I was training I didn’t focus on the discomfort of proximity because I was focused on, not wanting to get hit. I was later diagnosed with something called multi potentialism, which is basically having a high IQ and the adhd creating a kind of compulsion to learn everything I can about different things I get interested in. I had always known I had a wide range of interests, and learned a lot by just diving in. I spent my senior year of high school and my first two years of university working with wolves, & was a T.A. Teaching North American Wolf and Deer ethology (behavior), all while studying wild packs, radio collaring them, and taking care of 5 captive wolves at the international wolf center. Nature has always been my escape, and wolves where something I had always had a bond that I never new where it came from fully, but was always drawn too. I would track pack movement and sign on a map always a day behind but able to see how many pups came at spring. Between heritage & never really fully fitting in made experiences where I spent time in all these amazing places around the world, and just felt comfortable learning about cultures that most the kids I went through grade school with had never heard of. Having had to always work at seeming normal in the past, made it easy to go anywhere with an open mind that just wanted take it all in. Daily life, food, everywhere was a new experience that hit all the senses. Got me looking at things that seem completely disconnected in ways that I made connections. Physics and chakra or chi, acupuncture and electrical engineering, and a ton more. So stackechange I just got the idea, there are so many communities and topics, this is where my brain will have a huge amount of knowledge wherever I’m pulled into.