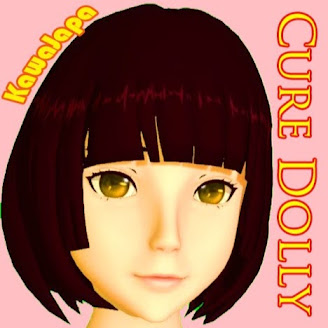 I am a doll made in Kyoto during the Meiji era. I was bought by a gaikokujin and taken to gaikoku where I lived for a long time without being able to move or talk except sometimes very late at night (like most dolls).

One day I became able to walk and talk just like a human and learned some English, but I realized that my real language was Japanese so I tried to learn that. These days I sometimes write books and make videos in English about the Japanese language, but mostly I prefer doing things in Japanese, which is why you don't see me around the English-language Internet very much these days.