1st episode of new anime adaptation of light novel series My Stepmom's Daughter Is My Ex aka Mamahaha no Tsurego ga Motokano datta: 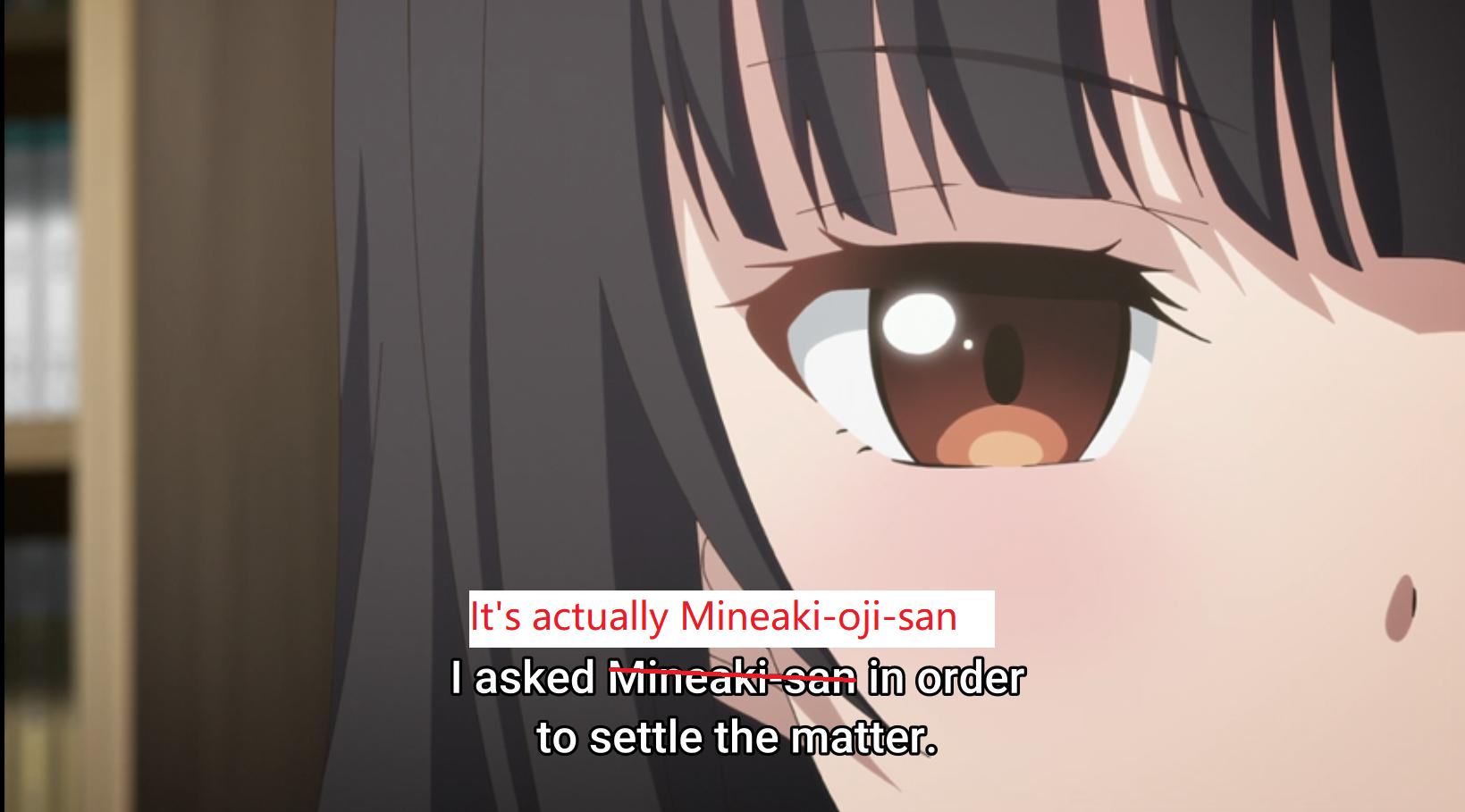 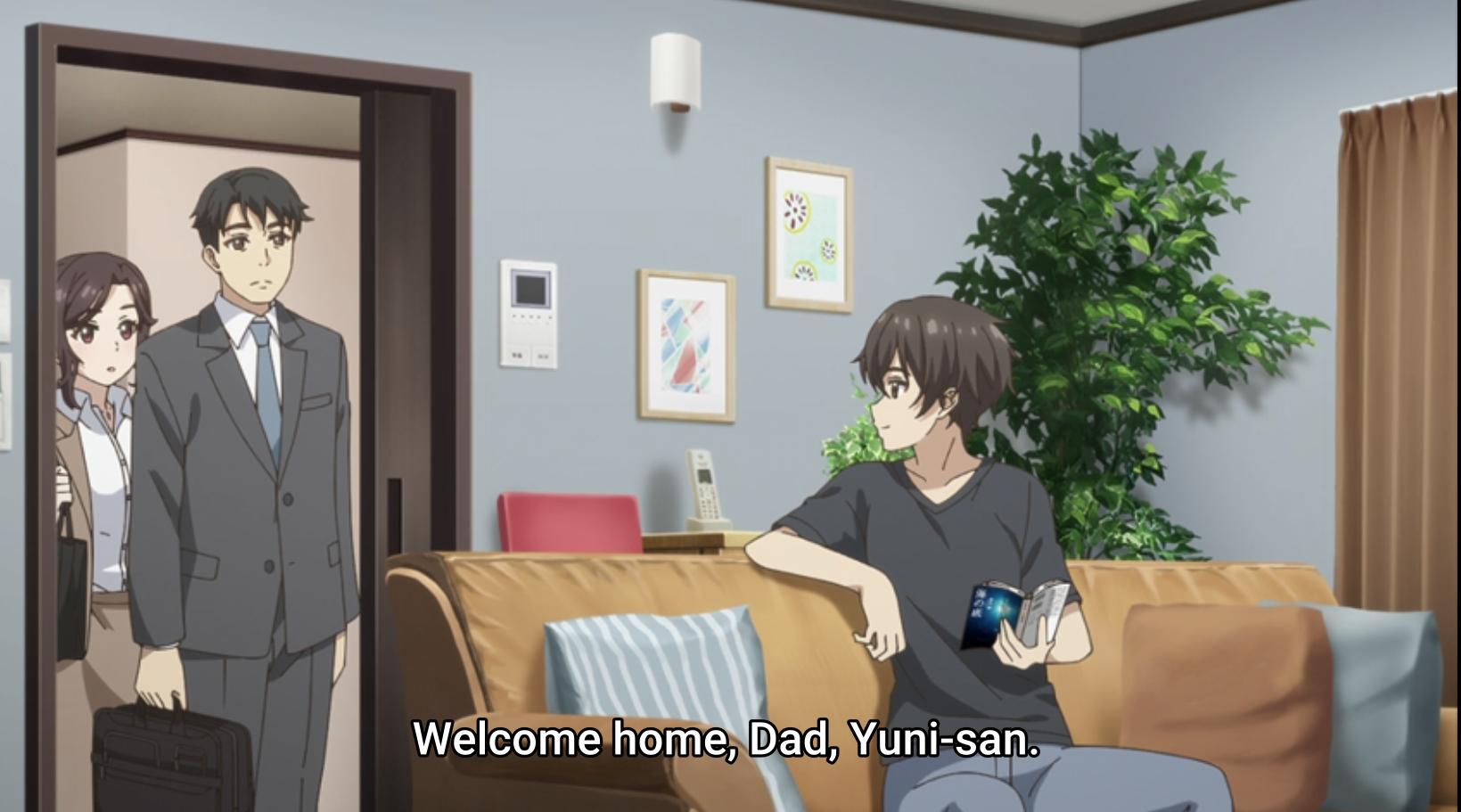 What exactly might this mean? Is it like Yume and Mineaki were closer than Yuni and Mizuto prior to the wedding? I think of like how nee / nee-chan / nee-san suggests being closer than -san eg in Kaguya-sama S01E08 / Chapter 39 when Kaguya wants Kei to address Kaguya as Kaguya-nee-san instead of Kaguya-san.

Or maybe it's the reverse: In Higurashi / Umineko, Battler Ushiromiya refers to & addresses step-mother Kyrie Ushiromiya as Kyrie-san instead of, I guess, Kyrie-oba-san.

Rudolf's second wife. She is also one of Rudolf's business partners, always assisting him in shady dealings and keeping him in line when he gets out of hand. Kyrie and Battler have bonded more as close friends with a sibling-like relationship rather than mother and son, with Battler going as far as always calling her "Kyrie-san." She is known for her "flip the chessboard" mentality, influencing Battler in this regard. She had actually dated Rudolf long before his first wife Asumu, who she envies for marrying Rudolf while she was still going out with him. They were pregnant at the same time, though Kyrie's son was believed to have been a stillborn when Asumu gave birth to her son Battler.

So, okaasan(otoosan)＞~obasan(~ojisan)≧~san. However I don't think it's that so different.

0
Motokano S01E01: Why when being romantically affectionate do these ex-romantic partner step-siblings call each other by last name?

5
How does last name-kun/chan compare to 1st name-san?
0
Motokano S01E01: Why when being romantically affectionate do these ex-romantic partner step-siblings call each other by last name?
1
The Quintessential Quintuplets: You can't address your parents chichi/haha, but can you refer to your parents as oyaji/otou-san/okaa-san?