From S02E03 of the anime adaptation of the manga The Quintessential Quintuplets: 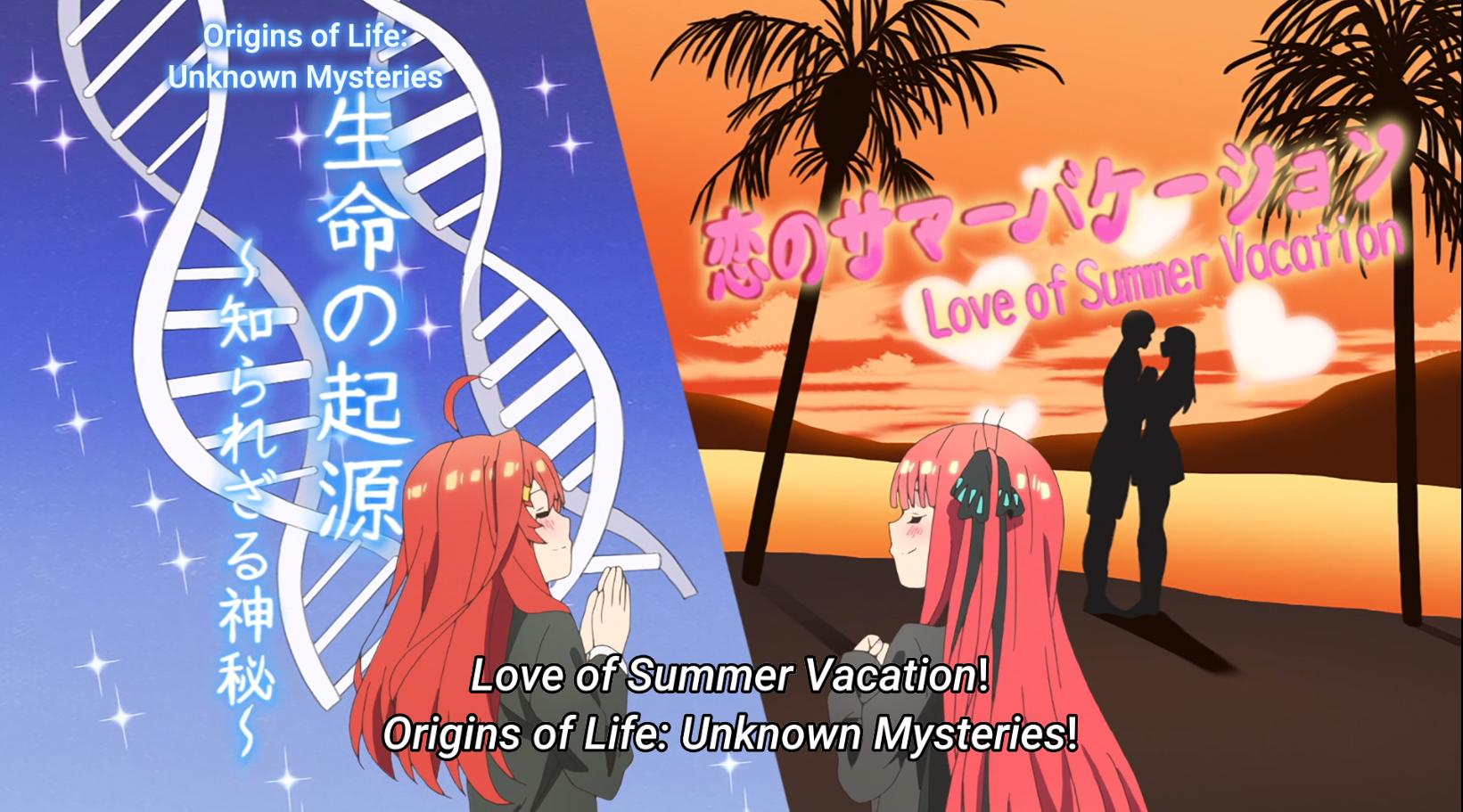 Ok, #3 (and possibly onwards) is a whole other story, but I believe it should be #2.

I think this is partly the reason why Japanese full names and English full names have opposite ordering.

When translating then, we have to swap the ordering.

The OP commented, "it's possible the story is talking about love of summer vacations like it's a movie about a series of summer vacations showing the good things that happen" -- it's certainly possible, but in that case, the title and the story wouldn't have much to do with each other. Considering the meaning of the terms and the grammar, the title 「[恋]{Koi} [の]{no}[サマーバケーション]{Samā Bakēshon}」 cannot accurately describe any story about how someone loves summer vacations.

It could be about the summer vacations of someone named "Koi", but in that case, "love" really isn't the correct translation: names are names, best left as-is. By way of example, the Japanese feminine given name Megumi derives from verb megumu, and literally means "a blessing" -- but when we talk about someone named "Megumi" in English, we don't call her "Blessing", we call her "Megumi". :)

It's "The Summer Vacation of Love"

(cw answer only, so please don't take this too seriously.)

I'm going to put the next part in spoiler text because this is gonna be insanely opinionated but not that it really spoils anything about the series or anything really.

Some people complain that either title is wrong based on the events of the series. (eg some of the characters were not really 'brides' or 'quintessential' or 'equal'). In re these complaints, I have an insane theory about the Japanese vs English title of the series. So now based on this comment discussion, now I have this new insane theory that maybe the mistranslation of the fictional movie title is a nod about the impact of the different English vs Japanese titles of the original series.

0
Correct use and order of two nouns and the particle の
5
の (no) vs ~i for colors, can they be used indistinctly?
0
The Quintessential Quintuplets (aka 五等分の花嫁) : Is 届くんです (it reaches) a mondegreen that should be 五等分です (It's divided into five equal parts)?

1
愛は傷つきやすく translated as "Love is Free"?
7
Why is "My Apps" translated to マイApp instead of something like 自分のApp?
1
Translation of 'Rikei ga Koi ni Ochita no de Shōmei Shite Mita' is 'Science Fell in Love, So I Tried to Prove It'?
1
In the Japanese dub of Frozen, Anna says 'unmei' (fate/destiny; the late Sayaka Kanda) instead of 'true love' (Kristen Bell)?