I've recently begun studying Japanese just for fun. I rely really heavily on patterns to learn languages. Please do excuse me if I'm using incorrect terminology. This is literally my second day of studying Japanese, so I really don't know exactly what I'm talking about. Feel free to correct me! In studying Hiragana so far, I accidentally stumbled across a pattern that helped reduce the amount of pure memorization I needed to do:

In generalized language studies classes, they sometimes teach you about "voiced" and "voiceless" consonants, which are just effectively a pair of two consonants in which when pronouncing one, your vocal chords vibrate more than the other (aka, "p" is kinda like a puff of air, but "b" makes your throat vibrate some) : 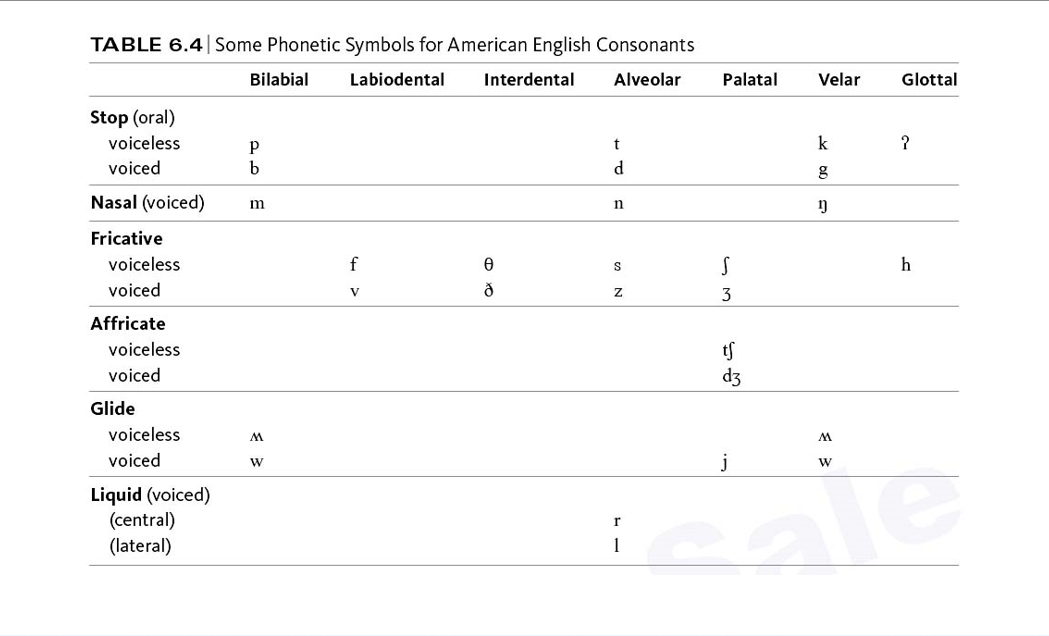 If you take a look at the Hiragana for most of the pairs of voiced/voiceless consonants, like: 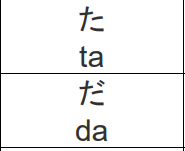 I'm really happy to have stumbled across this pattern just because it looks like it reduces the "pure memorization" to about half, but I can't seem to find any other patterns to differentiate Hiragana characters that share the same vowel (like 'a'), but different consonants that are not voiced/voiceless pairs. Does anyone else know of any patterns that would help me differentiate between the Hiragana in a column like this:

Thanks for your help!

Yes, the two dots on top of the kana's are called 濁音点(dakuonten), which literally means voiced-sound-dots. が is indeed か with two dots, and ぎぐげご are, respectively, きくけこ with the dots. The same applied for other kana's with those dots, which make a unvoiced explosive into a voiced explosive.

There is, however, NO RELATIONSHIP between KA and SA, or RO and MO, or KA and KI and KE or any other kana's that share the same vowel/consonant. Back then about 2000 years ago, Japanese did not have a writing system. They learned how to write from China, which meant writing with thousands of Chinese characters we now call Kanji. Kanji, if you know anything, is logogram, which means it's meaning-based and not sound-based. E.g., the English word "Hello" is written this way because the letters represent the sound /heˈlō/, but the Kanji 山 mean mountain because it looks like a mountain, and 上 means up and 下 is down because it's just a line that's above or below another line. (Yes, I know 形声文字 exists but I'm not go into details here)

Now, Kanji is great and all, but the Japanese realized that, after all, their language is not Chinese, and there are grammatical stuff that existed in Japanese but did not exist in Chinese, and they needed a phonetic writing system to write all the grammar particles and other components that just doesn't fit to be written with Kanji. So, they picked a bunch of Kanji's, used them for their sound rather than meaning. E.g. 加 means add but is read as か, so they write 加 when ever they needed the sound "ka," even it has nothing to do with adding. 世 for せ、止 for と for example. Those Kanji's, when written fast in cursive, gradually became round and simplified, and they eventually became the Hiragana we use today. Before the war, which kanji to use was not standardized, so people used 加 架 迦 嘉 randomly and interchangably for the sound "ka". After the war, they decided to make things standard and adopted the official list of Hiragana, and they are as follows:

As for Katakana, the story was similar, it was just a different group of people that pick different Kanji/ different parts of Kanji. There is so much more I want to add, (音読み、訓読み、変態仮名、現代仮名遣い...) but the space here is so limited, so I suggest you look up the history of Japanese writing, there are so many good videos that do a in-depth explanation.

TL;DR So yeah, while the two dots is a stable pattern to make unvoiced explosives voiced, the formation of each individual kana is NOT RELATED and they arose from independent Kanji.

14
Does a small tsu double all consonants?
1
Confusion regarding "go" and "ko" in hiragana
10
Is there any rhyme or reason to hiragana?
3
Can personal pronouns be written in hiragana?
0
Are hiragana characters related based on construction?