From chapter one of 転校先の清楚可憐な美少女が、昔男子と思って一緒に遊んだ幼馴染だった件 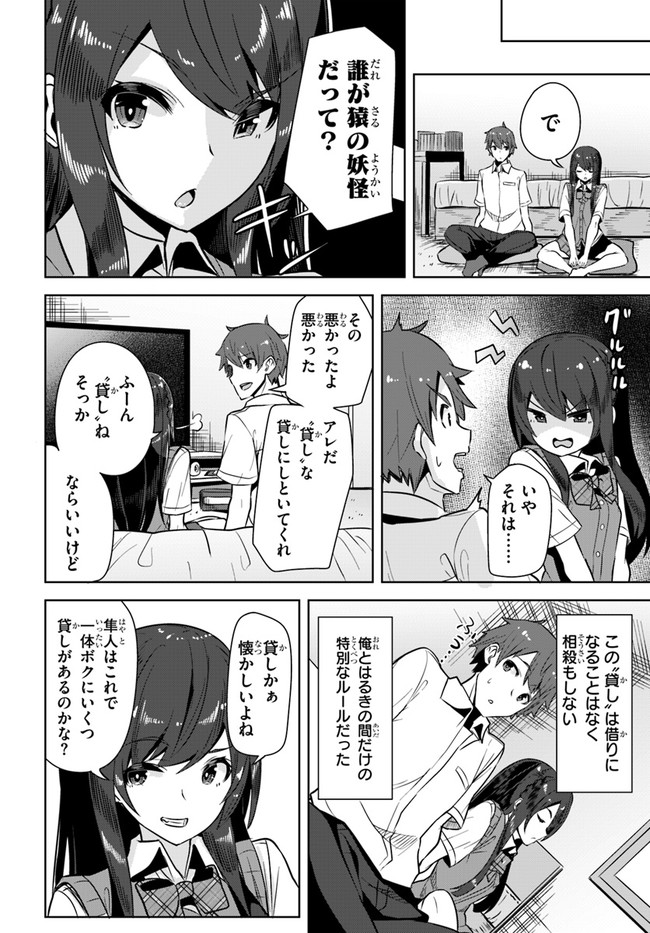 I have difficulty understanding the meaning of 貸し and 借り in this panel, especially in this line

Usually, 借り is used to mean something you owe someone. It doesn’t have to be money. I can be a favor or something.

君にひとつ借りがある。
I owe you one.

The same thing can be said as 貸し from the opposite angle.

君にひとつ貸しがある。
You owe me one.

However, it seems these words are used in a twisted way in your manga, like when one person makes the other person angry or something, the second person gets the right to “pay back,” and that’s called 貸し from the viewpoint of the first person. The girl doesn’t get to pay off those “debts”.

Read this as "Her 'lending' (貸し) won't be my borrowing (借り), and vice versa". In other words, they will owe each other nothing even when they say 貸し. Note that 貸し is enclosed in quotation marks, which indicates the word should not be taken at face value.

"Our 貸し won't cancel one anotehr, either". This also implies saying 貸し between them does not mean they will remember something for a long time. So to speak, 貸しにしといてくれ ("Consider you lent me one = Consider I owe you one") would effectively mean something almost like "Kindly forget it" between them. That was the implicit rule between them (or so he believed).

隼人はこれで一体ボクにいくつ貸しがあるのかな？
With this, I wonder how much you owe me (if "貸し" were taken literally)?

Technically speaking, this 貸し should have been 借り because she is talking about the mental debt the boy has from his standpoint. If there were no context, this sentence would normally mean "I wonder how much I owe you". However, in this context, she clearly believes she has done a lot for him, including what just happened (forgetting 猿の妖怪), so he owes a lot. Here, she used 貸し nonetheless because it was a special word that had a different meaning between them. I suppose she may jokingly request him to "pay something back to her" on the next page.

5
Meaning of noun + だったりする
1
Isn't ずらっと並んでいる redundant?
3
Meaning of プレイ in this context?
4
Meaning of a sentence with Aが言うのもなんだけど and other considerations
1
Meaning of "ホーケー" in a sentence
0
What does よう mean in this sentence?
2
Is there a need to define what kind of 確率 is spoken about?
1
Unclear about meaning of くみす, 天道, and grammar of a Classical Japanese sentence
0
What are the differences between 出身地 and 故郷{こきょう}?
1
Meaning of なければ + 分かる訳ないだろ