~のは at the end of the sentence. What does it mean?

I started reading 君の名は and this sentence came up: そんな気分になったのは。。

(1) what does the なった means here? Is it the past tense of the verb なる which means “to become”? What meaning does it have in this sentence?

(2) ~のは as ending, how does it work/what nuance does it give to the sentence?

EDIT: You can read more about Cleft Sentences at The Family of Japanese no-wa Cleft Construction: A Register-based Analysis and The grammar and discourse functions of Japanese cleft sentences. Hope this helps! 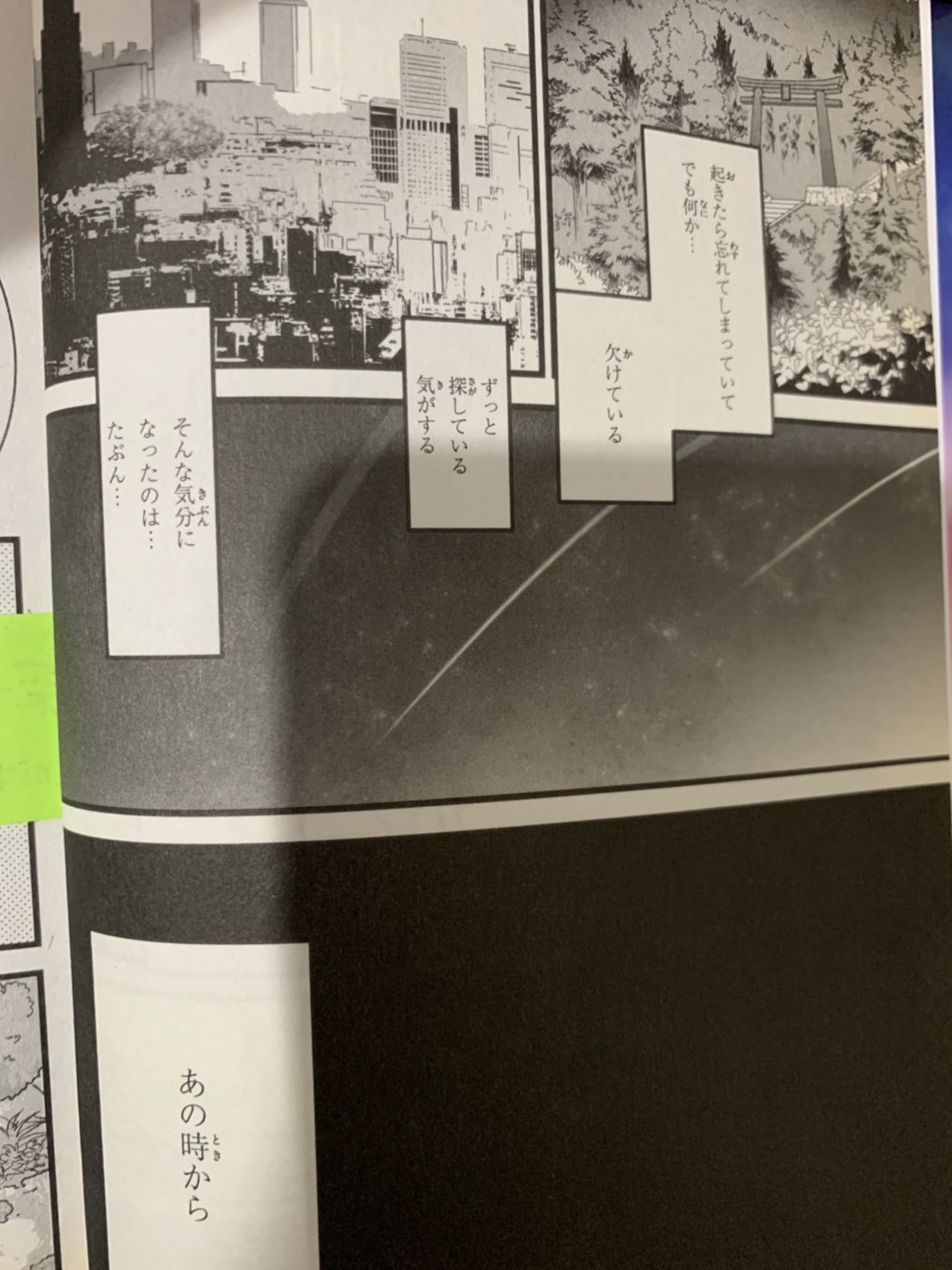 気分 is "feeling, mood". According to the provided context そんな気分 is just pointing to the feeling stated in the first sentence (my attempted translation might not be accurate):

I forgot it after waking up, but something is missing

Therefore, そんな気分 would be "The feeling of finding that something is missing".

I think you are correct than なった is the past verb to mean "became", and the construction here is A + に + なる (where A is a noun or a na-adjective) which means "to become A" :

In your sentence, I understand it as though the speaker didn't have this feeling initially, but at some point he got it.

~のは as ending, how does it work/what nuance does it give to the sentence?

I don't think that のは is meant to be a sentence ending construction. Note that it is not the case that your sentence ends in a period:

which suggests that grammatically it should have an ending. the の is nominalizing the predicate そん気分になった (please take a look to this Q&A for more info on nominalizing sentences with の) and the は is making the nominalized predicate the topic of the incomplete sentence:

Getting this feeling... [something missing]

There is a grammar construction Aのは、Bからです meaning "the reason for A is B":

The reason it has become cold is that the window is open.

Note that in this construction, the reason A is being emphasized by the use of のは, so it sounds stronger than just:

This is the grammar I guess is being used in your sentence. Maybe I am wrong and のは is just emphazising the sentence as a subject without being linked to the reasons for it.

All in all, my guess is that leaving そんな気分になったのは ...、たぶん ... as an incomplete sentence is a narrative tool, and that what comes after the sentence is the exposition of the events or the facts that explain why the speaker had such a feeling.

Somehow, if this was a movie or an anime, it would be the equivalent to a narrator voice explaining something, and then changing the focus to a scene, a dialog or a flashback where the narrator shuts up and the characters start interacting. So all in all, I would understand it as:

The reason why I got that feeling is, maybe... [Events shown directly in the story]

のは does not end the sentence, but the dot means some pause in the character's narration. The full sentence continues そんな気分になったのは...たぶん...あの時から.

It is a cleft sentence, you can search on this SE for other examples. Roughly AのはB（である/です) corresponds to It is B that A. E.g. コロナが始まったのは2020年からだ = It is since 2020 that the covid-19 started.

So the sentence translates as It is ... maybe ... since then that I felt that way.

そんな気分 is, as explained well in jamanso7's answer, the mood described by the preceding sentence. Xな気分になる generally means to get the mood X, or to become X (e.g. sad), or to come to state of mind X. Here in particular, it is closer to got such a feeling or started to feel that way.

Not the answer you're looking for? Browse other questions tagged grammar particle-は sentence cleft-sentences .

14
What is the difference between は and のは?

1
Why does ようになる become ようになりました (past tense)?
5
How does present tense work in Japanese narration?
0
は topic particle. What does it mean?
1
How to translate this cleft-sentence: あと少し避けるのが遅れていたら……?
1
What does this sentence mean exactly?
10
How to express the subjunctive mood in Japanese
9
What does からか mean?
4
が vs. は in のが/のは...である cleft-sentence structure
3
What does ついたつかないで mean in this sentence?