What does いました mean when used by itself? From Mario RPG (includes picture)

Mario and Mallow are talking to a little mushroom guy and first, he says "Mario! Mario!". Then he follows up with the text box shown here. 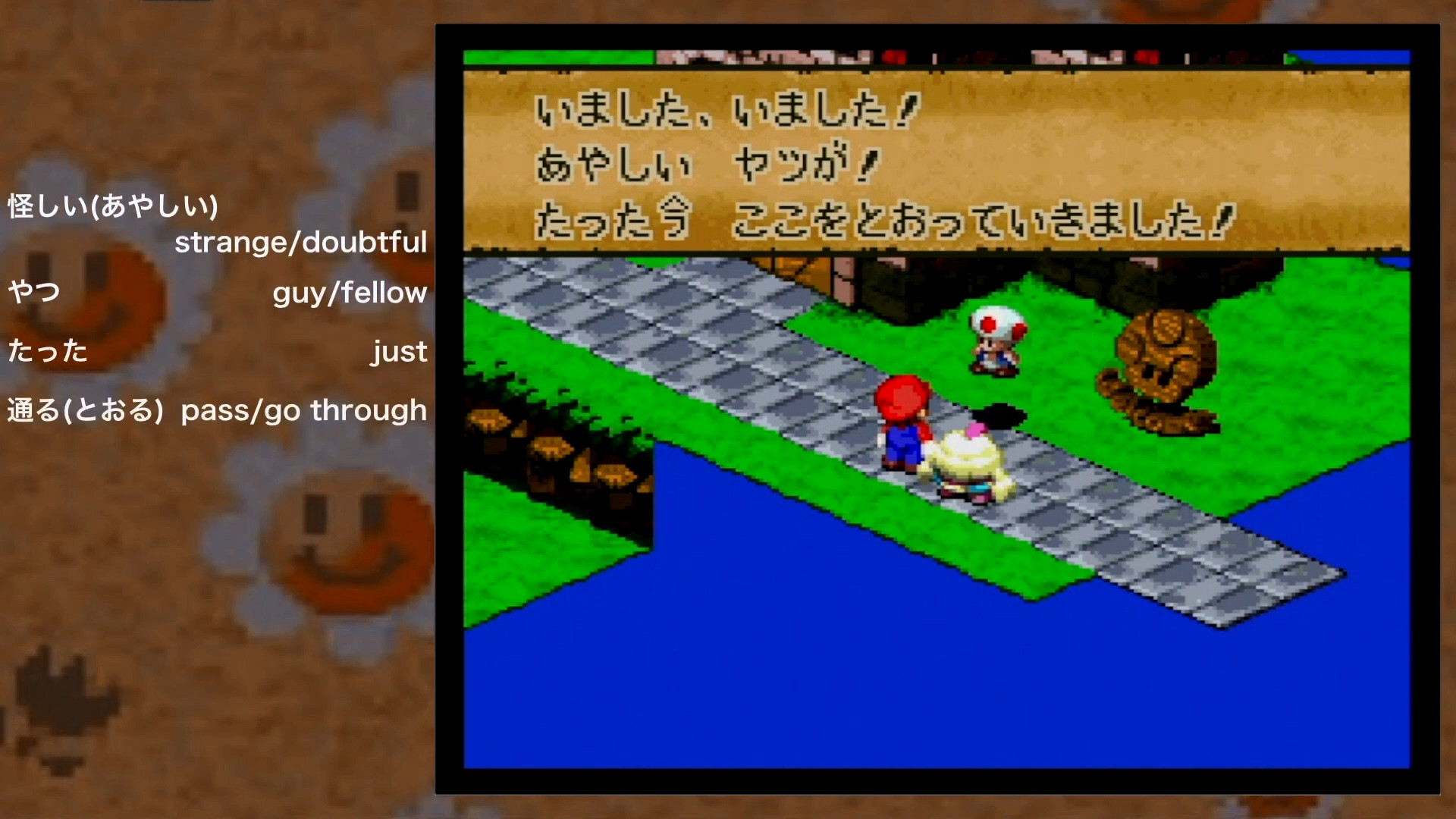 The context is a bad crocodile is going around town causing trouble and the little mushroom guy just saw him.

I know いました to be kind of like 'was' and 'were' when combined with other words but when used on its own, it doesn't make much sense to me.

What does it mean?

The verb いる (“to exist” or “to be”) requires a subject and optionally accepts a location.

In the case of Japanese such elements can be omitted in the surface sentence but they are inferred. So understanding this sentence requires understanding what to fill in those two slots.

In this case, subject = He/She/It (aka クロコ/Croco) , location = Here

“Just” is also sort of implied, so “He was just here”.

Btw if you the read the next sentence 怪しいやつが, that’s actually providing the subject for the first sentence (it’s inverted, aka a piece of grammar called 倒置法).

So you could say

And finally, in English it’s probably slightly more common to say “I just saw that suspicious guy”, or probably better for this context, “That suspicious guy! I just saw him!!” or something like that. The best translation (including whether you use “a” or “that”) would depend on the exact context which I don’t remember (it’s been a good two decades since I’ve played this game :)).

Not the answer you're looking for? Browse other questions tagged meaning definitions .