Mallow is speaking in this picture. He just finished crying.

In the middle section he says しに.

What does the しに mean here? I think it's し+に particle but I'm not sure what it means here. し has many meanings so I'm not sure. 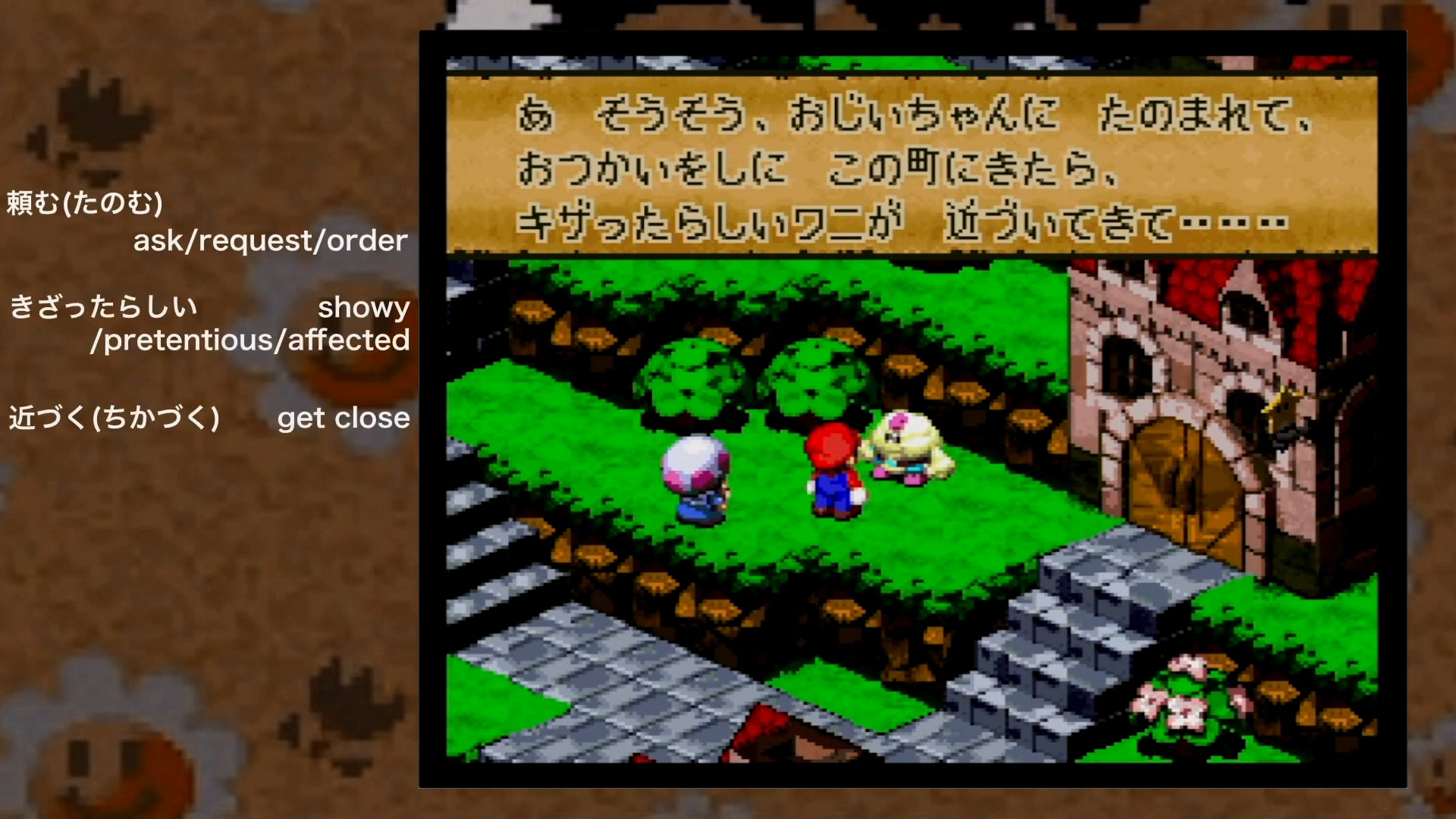 This is an example of a very common pattern in which the 連用形{れんようけい} of a verb + the particle に + a verb of motion like 行くor 来る is used to express the idea of going/coming somewhere in order to do something. (In case you aren't familiar with the term 連用形, it's what is sometimes called the "verb stem" -- that is, the -masu form of the verb, minus the -masu.) You can read about this pattern and see some other examples here, here, and here.

could be translated as

I was asked by my grandfather [or possibly "by an old man"] to come to this town on an errand, and when I got here…

"I was asked by grandpa to run an errand, and when I came to this town an arrogant crocodile came close..."

My best description of しに is probably "to do". Since the sentence put together is 「おつかいをしに」, you can probably break it down like this:

"To do an errand"