Example sentences with answers below: 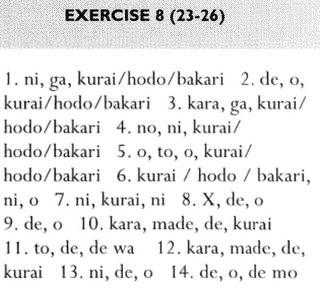 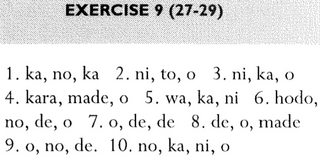 From Jisho, I looked up the following examples:

Here's why I'm confused: the answers do not include any alternatives, which the book normally does when there is. Now, assuming we can use either で or に before 前 in the above sentences, then I think the difference would depend on the focus as the same book mentions: 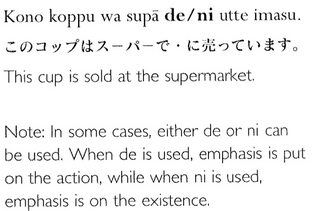 Is this the case here? I just want to make sure I'm on the right track.

This is off-topic, but in D に or で was dropped from 事故の後, right?

I think you are on the right track.

A) This must be に because 止まっている here indicates a state where something exists, just like ある, not an action. If に were replaced with で, 止まっている would have to be understood as indicating a progressive action. Although that interpretation is not impossible, it is hard to imagine a scene where as many as twenty cars are in the process of coming to a halt more or less at the same time in front of a building.

B) You could use に here, but you would sound a bit like pinpointing exactly where the car should be stopped (and “exist” thereafter) as if the driver already knew the car should be stopped to begin with. The original sentence with で places greater emphasis on the action of stopping the car, and therefore, may sound more natural as an instruction for the driver of a moving car.

C) You can use に here. Although the same nuance exists as in B, it seems subtler possibly because the car is already stopped.

D) This に goes with 出る, not 止めた. It indicates a directional movement. The sentence with で would mean she stopped performing some action of “going out” in front of other people, which makes little sense.

E) The original sentence with に places emphasis on where the car ended up parked (or “existing”). Replacing に with で is supposed to shift the emphasis to the action of stopping the car. However, the resulting sentence still seems to emphasize where he took that action. This is because 建物の前で is inserted between the verb (止めた) and its object (車を), breaking the natural word order and making the inserted portion somewhat stand out.

The following sentence would sound more natural, or neutral, if the emphasis is intended to be on the action itself.

Not the answer you're looking for? Browse other questions tagged grammar particle-に particle-で or ask your own question.

1
How to resolve two indirect objects? (Prohibition of two に in a sentence?)
1
Why is なんて the correct answer for this question?
8
How do I express "this made me laugh"?
13
～ておく or ～とく for preparation (conjugation and nuance)
2
Emphatic / Focus loss upon translating between active and passive sentences?
5
On the use of ゆえ - Difference between ゆえに and ゆえの
2
How is と used in these sentences?
2
食べる時間＿＿ない: Is さえ/も/ででも possible in this context? (Please read further)
1
Particle to use with 順番
3
What is the grammatical function of 〜としており when quoting a statement?