Addressing someone without punctuation?

Before the introduction of the comma, how would the Japanese address one another in a sentence such as- in English: "I am going to the store, John." By starting a new line on the paper? Period mark? Double spaces? ...Xに対して?

The answer is nothing. Japanese does not have a special form for vocative other than nominative (not many languages have), and before the introduction of punctuation, you can just guess it from the context that it is an address. Even today, you hardly see commas and periods in speech balloons of manga, that means you still have to sometimes. And it is not very difficult (no match for Biblical Syriac that you can't even tell question from declarative).

Classical Japanese had a particle よ like O in "O captain!", that was used a lot more commonly than today, but was far from obligatory. For example, below is a page from a manuscript of 竹取物語 (source), the oldest known Japanese novel. 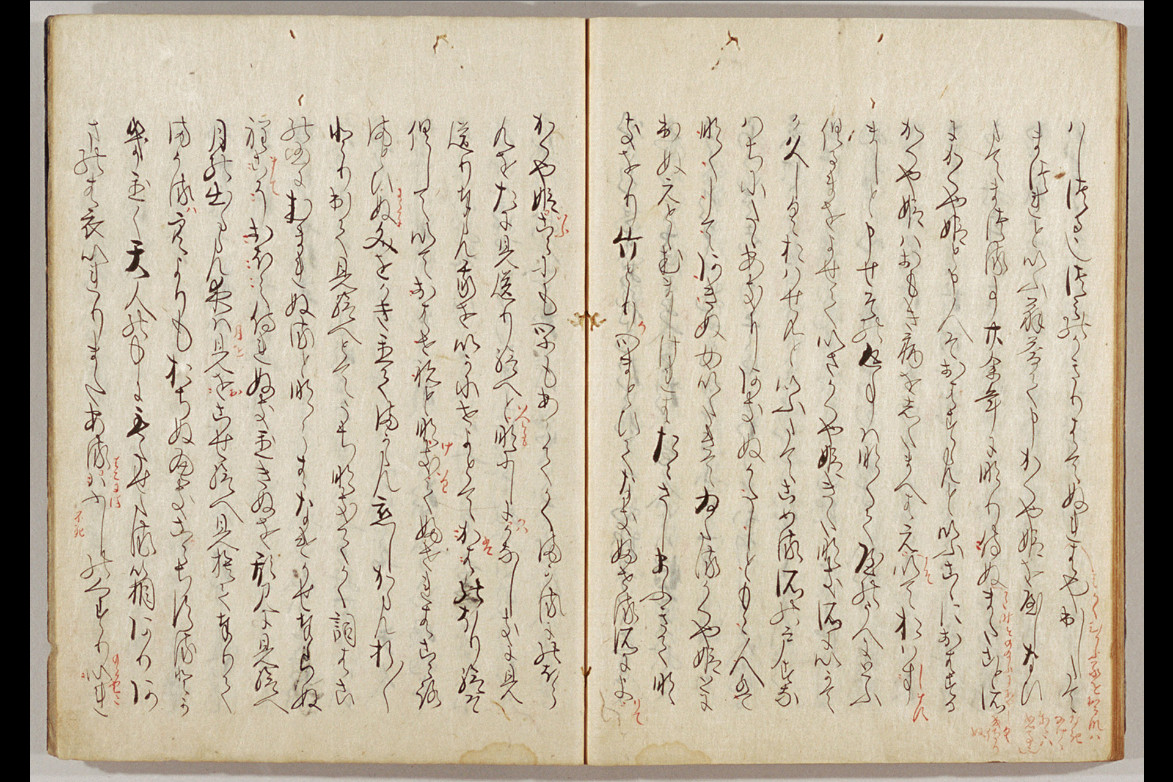 In the line on the center of the right page, you see

くるまをよせていざかぐや姫きたなき所にいかで[か]…
（𛀯るま𛄜よせ𛁳𛀆さ𛀚くや姫き𛁠𛂅𛀦所𛂌𛀆𛀙𛁲）
...pulled over (the coach, and said:) "Come, Princess Kaguya, why do you (have to be) in the unclean place..."

and there is literally no punctuation at all.

The situation wouldn't change much either in English before the modern orthography, for example, a medieval manuscript of Beowulf (source): 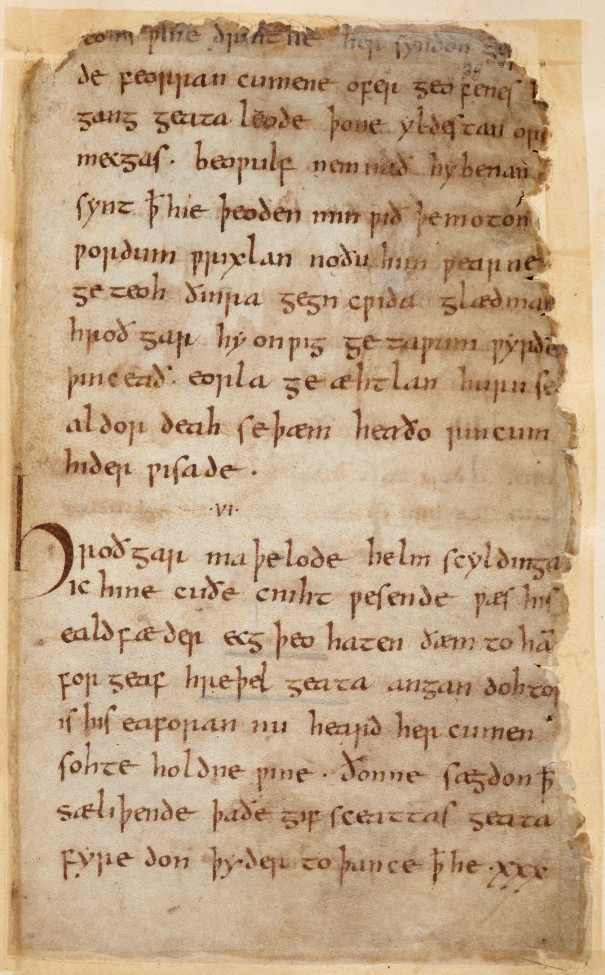 You see lines in upper half contain:

all addressed with nominative, with no visible punctuation (the period-like marks seen in the page denote verse lines).

I should probably leave it to a native-speaker or someone with a better understanding to answer.

But, a quick answer is that when you address someone there's never a particle like は or が or を following. If you see ジョン without a particle or ジョンよ it's most likely direct address. But also, context often makes it very clear that someone is being addressed.

Also, the older the material you read the more structured the writing style tends to be. So whereas in casual speech particles can often be omitted, you are not likely to see this in literature from earlier periods. But even when particles happen to be omitted, you can usually tell.

If I write in English

with a proper context, like you know John is sitting with Nancy at the dinner table, it's not too difficult to understand even without a comma.

The form of the verb itself can be a give away. Is it a command, is it an invitation, is it a suggestion?

Yet also, when we speak, there are no commas. Commas are a mere visual clue in written text. In English, we barely have any inflected forms. In the spoken word, we can hear the intonation and rhythm and understand what's being said. In the written word, for English, this is all virtually lost. And so in the written word, in English, we need visual clues to guide and assist us--in fact, we've come to depend upon punctuation to a certain extent that makes reading older documents a challenge, particularly those from previous era when punctuation may have been less indulged in.

In any Japanese sentence, the verb must be inflected one way or another. The form of the verb conveys a lot of information: いく is not a command, it's a declarative sentence. いこう is a statement that conveys some kind of intention. いけ is clearly a command.

To say ジョンいく sounds a bit odd. What might you mean by it? But, to say ジョンいこう or ジョンいけ can make sense pretty much on their own, no punctuation is necessary in the written word. (Perhaps with proper context, ジョンいく could sound natural, as in "John, I'm going.")

Not the answer you're looking for? Browse other questions tagged history nouns punctuation or ask your own question.

5
What does the うち in ならないうちに mean?
21
What exactly is this ※ symbol, and what does it mean/how is it used?
4
Use of a comma to separate a single word
8
Was "The Tale of Genji" really written completely or almost completely in hiragana?
5
How do you indicate line breaks in a poem when it is written without actual line breaks?
8
Academic/historic attempts to create an alternative writing system similar to Hangul?
0
In terms of comma placement, does the following rough translation match the Japanese?
2
Japanese quotation marks
10
What is the Japanese equivalent of English editorial brackets?