I noticed that some fonts have a small, stylized inkblot on the end of certain strokes in kanji. When I first realized this, I honestly thought that I, myself, was having a stroke! Regardless, I have come to accept that they are there, but I would like to see if anyone knows why it is there or who made the decision to put it there in the first place. I guess it looks kind of cool, but it also shoves (usually the bottom) strokes practically on top of their higher-placed comrades. Your thoughts on them as a whole? 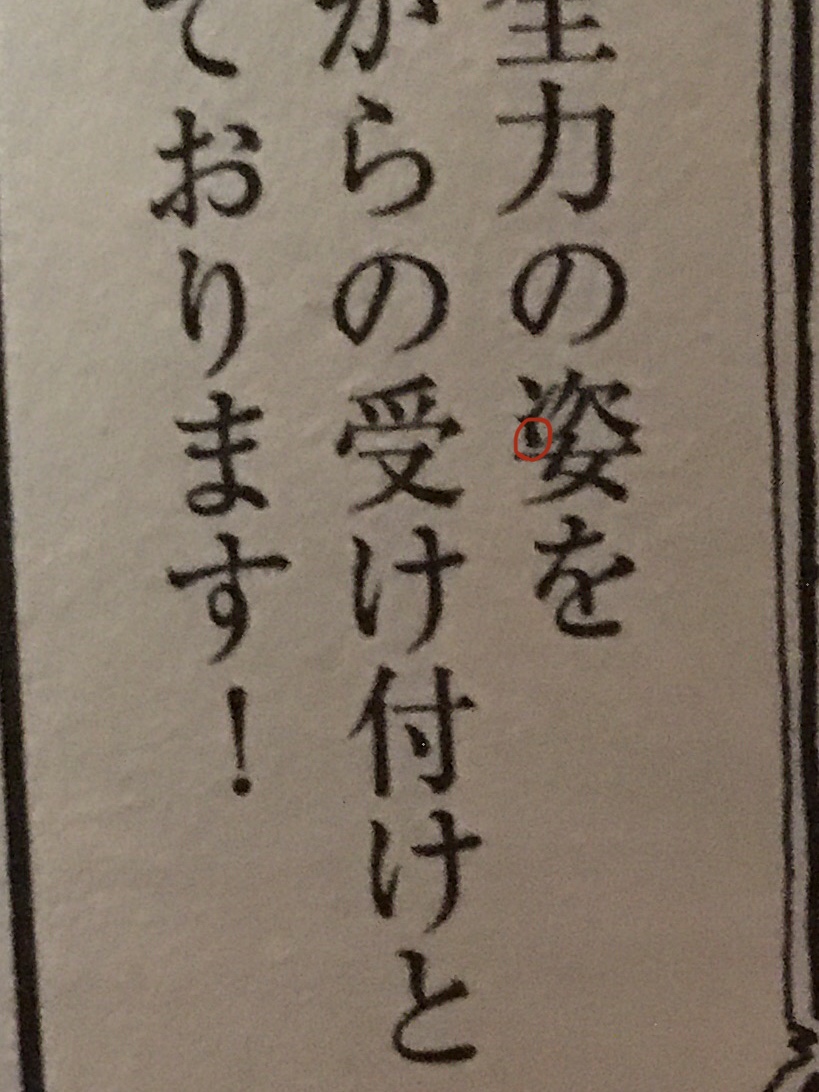 This is one of characteristics of 明朝体, the stylized emphases at the start and end of a brush stroke. In calligraphy, you are instructed to sink down your brush firmly at the beginning of every stroke. Then you will see more or less a 45-degree northwest-ward sesami-shaped blot there in each handwritten stroke, which is the ultimate origin of it. 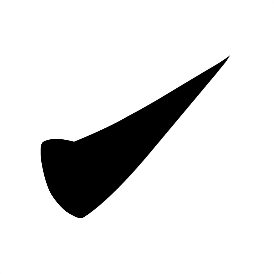 However, if I had to name someone as the inventor of this highly exaggerated ornament that you see, I'd perhaps suggest an Irish-American called William Gamble, who directed 美華書館 (The American Presbyterian Mission Press). He made the first modern moveable type font of Chinese characters in order to print Bible. By analogy to Western serifed typefaces, he introduced many geometrical features and stylization into the 明朝体 design at his time, resulting such a typeface below (see the particular stroke-initial element of 冷) (source). 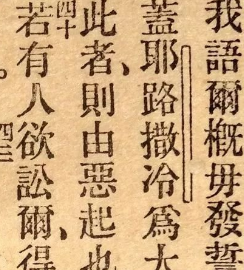 Compare it with the Kangxi dictionary head-character, representing a more standard style for the woodblock printing technology at that time, with humbler stroke-initial tittle more faithful to handwriting practice. 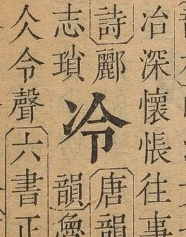 Although his typeface looks somewhat clunky, it was imported in Japan and served as the earliest prototype of then-cutting-edge metal type technology to set the standard, which is why many Japanese old-style 明朝体 typefaces still inherit this feature.

Not the answer you're looking for? Browse other questions tagged kanji history stroke-count style stroke-type or ask your own question.

11
Computer: 計算機 or 計算器?
12
How is 名 pronounced in computer terms?
3
How to find alternative writings of a kanji in electronic form?
6
噌 variants in different fonts
9
Variations in the "same" kanji, how do you know which one to use?
0
Where does a hane turn?
9
Why are Japanese fonts different to Chinese?
3
Origin of the small っ
1
Is this topical tangent really as abrupt/unconnected as it feels to me?