I'm self-learning Japanese from a book and I recently started learning some kanji. For each one, the book gives both reading and some words you can make using those kanji. Some of these have okurigana in their くん and おん readings, along with the same reading without okurigana. This is an example: 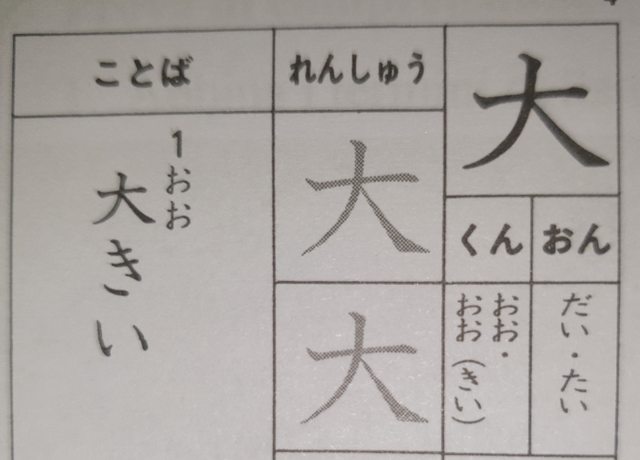 As you can see, both the pronunciation with and without okurigana are listed, but in the word section ことば, there is only one accompanied by okurigana.

Why are both readings listed, and why in the first place would you add okurigana in the reading if it is a separate kana? I thought it implied that kanji is usually accompanied by okurigana, but then: 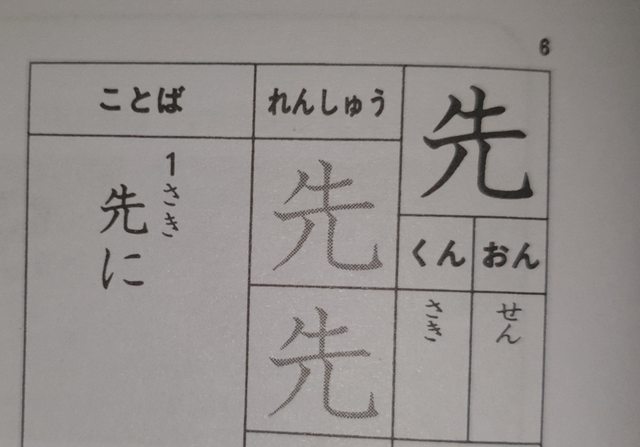 Here in ことば, we have okurigana に that was not even listed in the reading.

Why is that? Is there some understood convention about writing okurigana in the readings? 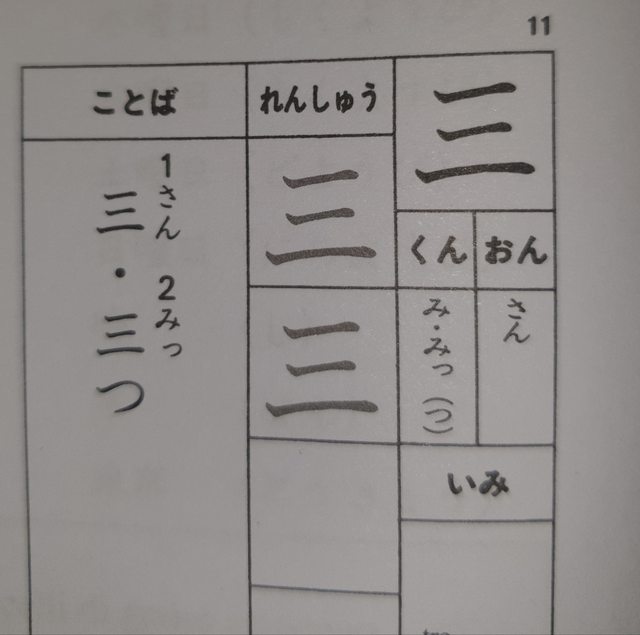 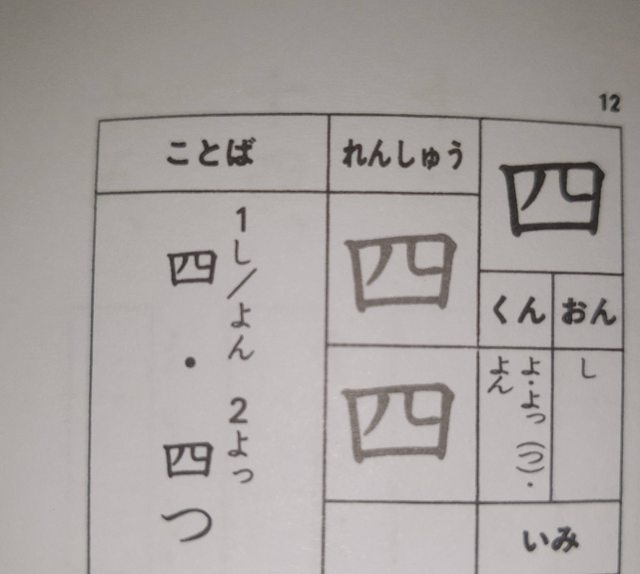 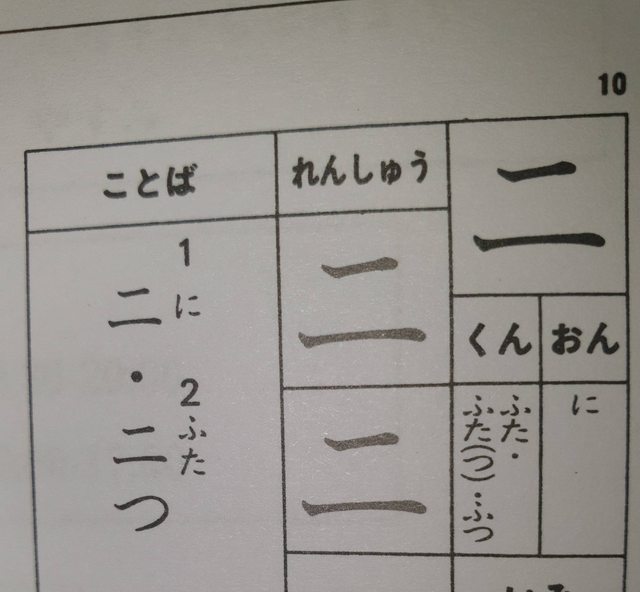 Like 二, both 三 and 四 have the reading with the つ okurigana, but 二 has also the one without okurigana (ふた), why isn't there also よつ or みつ (no okurigana) like in above? Is it implied?

に here is not okurigana. The に is not part of the reading of the character. It is the particle に applied to the noun さき. Also, you can think of さきに as something of a set phrase for a beginning student of Japanese--that's probably the reason they provided it for you.

Indeed for each character you need to sometimes learn multiple on-readings and kun-readings. This can seem daunting at first, but with practice reading, you will catch on and begin to build an intuition.

The okurigana helps you distinguish between different possible kun-readings for the same character. The characters you chose to highlight, in terms of the readings provided, don't shed much like on why you might need okurigana. So, here are some examples for clarification.

The English translation for all of these is essentially "open".

I give this example because it's one that confused me and gave me many headaches when I was first learning Japanese. My thinking went this way, "I thought okurigana was supposed to help you figure out the readings, but here for a given okurigana there are still two possible readings for the unexpressed part of the reading. How do you figure this out!"

Well, the Japanese have super-powers. lol.

Not quite, but if you're a native speaker of English, there's a distinction that is made with every Japanese verb that is essential to bang into your head. Every verb is either transitive or intransitive. So, if you're reading a Japanese sentence, you should eventually intuit whether the Japanese is building toward a transitive or an intransitive sentence. Your clue for this can just be the particle を. This particle always (please read the label, restrictions and exceptions may apply) indicates a sentence that takes an object: hence a transitive sentence.

So here are the same verbs again.

Please don't ask why there are so many verbs for to open. There are slight nuances here that you will be able to learn to discern.

So, if you see the sentence.

Uncover a lid. (ie. to open a jar with a lid or something like that).

the particle を there is the clue that the verb is being used transitively. So the reading for 開く is ひらく.

Yes, I know. I gave perhaps one of the nastier examples here. But still, the okurigana reveals to a observant reader the underlying reading of the character.

More generally, the situation is a lot more straight forward.

The に in 先に is not okurigana. It’s a particle.

Not the answer you're looking for? Browse other questions tagged kanji readings okurigana or ask your own question.

8
How can I learn and recall okurigana?
17
How do I know when to read the kanji 抱 as 「だ・く」, and when to read it as 「いだ・く」, or even 「うだ・く」?
3
How to distinguish between words with identical okurigana?
1
Are there any patterns for okurigana?
2
Are there kanji which are NOT words by themselves (written standalone)?
10
How to choose the reading of 埋{う}める and 埋{うず}める?
1
Write the reading of the following kanji in hiragana!
2
Words with varied 音読み｛おんよみ｝