This question is about the popular conventions that Japanese people use the Japanese characters to draw or type Emoji.

What are some principles and conventions that Japanese people follow?

Here is one example - 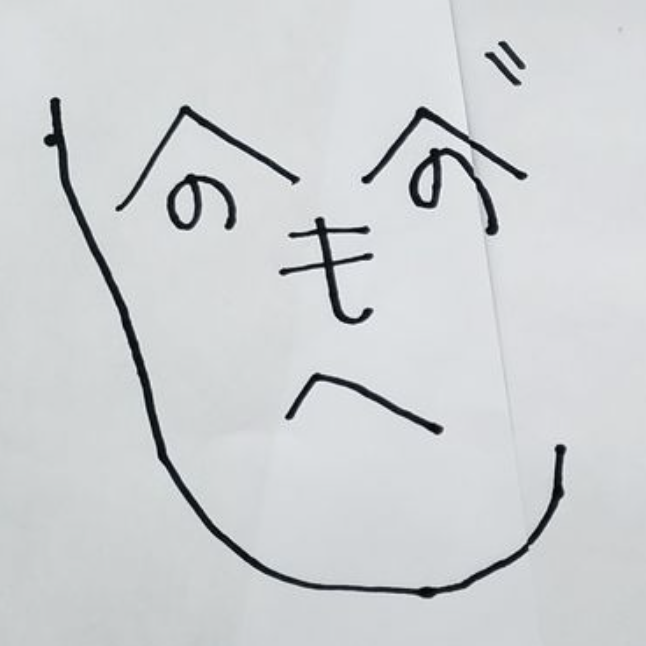 My question is about the modern usages of Japanese characters. (Did these drawing/Emoji happen in the past history long ago?)

The drawing is called へのへのもへじ (so じ not し, mind the dots).

I guess this much is all most Japanese know (including me). The rest is what Google taught me.

As such, there is no conventions or principles on how letters are used for drawing. Using them liberally, apparently almost anything can be drawn.

There is even a cat version. See this for a detailed instruction. (The picture is taken from the link in this page.) 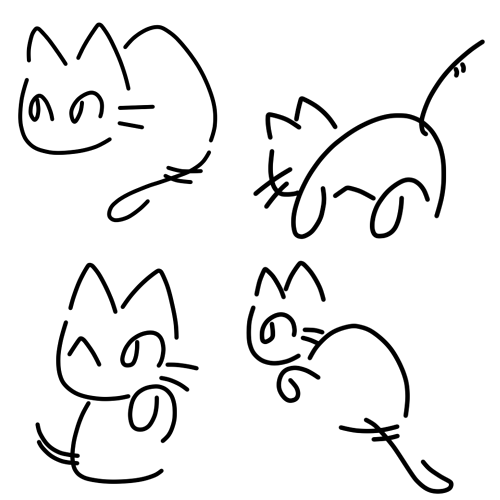 So people are still drawing by letters, but not that anything is comparable to the original へのへのもへじ.

In Heian-period (794 - 1185), there was a type of drawing called 葦手絵, where letters were used for drawing reeds. There is no drawing left from the period, but modern reproductions look like this.

Later Buddhist sutras were used for drawing - but the source seems missing most images.

The origin of へのへのもへじ dates to around 17th century or later, mid Edo-period. Hiroshige drew へへののもへいじ like below （read top-to-bottom, right-to-left): 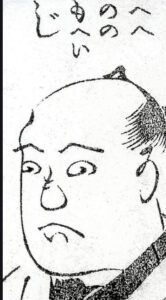 Hokusai used hiragana in his how-to book. This isn't exactly drawing by letters (more of making a sketch).

There is a type of songs called 絵描き歌 (drawing songs). This is not drawing by letters, but closer to what A.Ellett mentions in the comment. This is one of the most popular, and also many people should have seen how to draw Doraemon.

Not the answer you're looking for? Browse other questions tagged usage katakana hiragana kana .

17
correctness of い adjective + です
9
Do people use the ending ～まい？
9
好き【すき】でした。付き【つき】合って【あって】ください。
2
Why/when should I use the different forms of this and that?
7
Katakana loanwords: is there data about their creation/evolution and acceptance as "new Japanese words"?
1
How do japanese people write the english word "The" in Katakana?
10
Attempts to distinguish English "L" and "R" sounds using (extended) katakana
2
Do Japanese use 順番、順番！ as a command, like in the military?