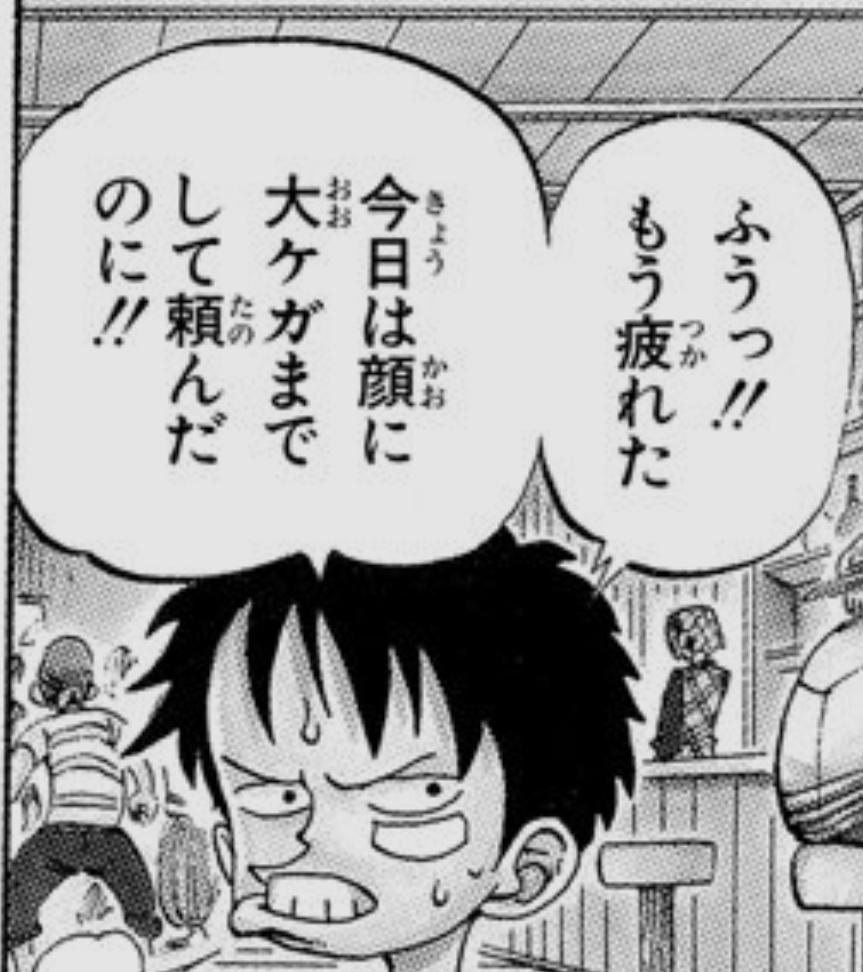 I think I understand the general idea but I have trouble with the construction of this sentence. The situation is that he injured himself earlier and now he's tired. I guess he's saying something like "I shouldn't have injured myself", but I have two questions:

If I remember correctly, Luffy cut himself with a knife to show that he had the enough courage to join Shanks' party, right?

まで here is to indicate 極端な例 (see 1-4) of the act of 頼む. A full unfolding of the phrase would be 今日は顔にけがをしてまで頼んだのにシャンクスは航海に連れて行ってくれない.

(Edit: It may be that まで should be understood as indicating 動作の及ぶ範囲, but the explanation below remain more or less valid.)

A possible difficulty is that injuring oneself is not usually a way of asking. But in this scene, getting injured is actually to show the courage, so put it more verbose, 今日は顔に怪我をしてまで自分（＝Luffy）の勇気を示したのに・・・.

So the sentence translates like Even though I injured myself (to show the courage) and asked to take me to the sea today(, Shanks didn't agree to do so).

Not the answer you're looking for? Browse other questions tagged particles particle-まで construction or ask your own question.

14
のか - Particle "lamenting reflections on the preceding statement". What?
11
Problems with は and が
6
Questions with some usages of で
10
When is it natural to use で and に and when not to use them
4
"...there is a very peculiar phenomenon of particle duplications in Japanese" (Kuno 1973)
2
Can sentence-ending particles be used at the end of an independent clause?
2
～う／ることが（は、も）ある construction
1
can't understand how で particle works with ～ばいいのに