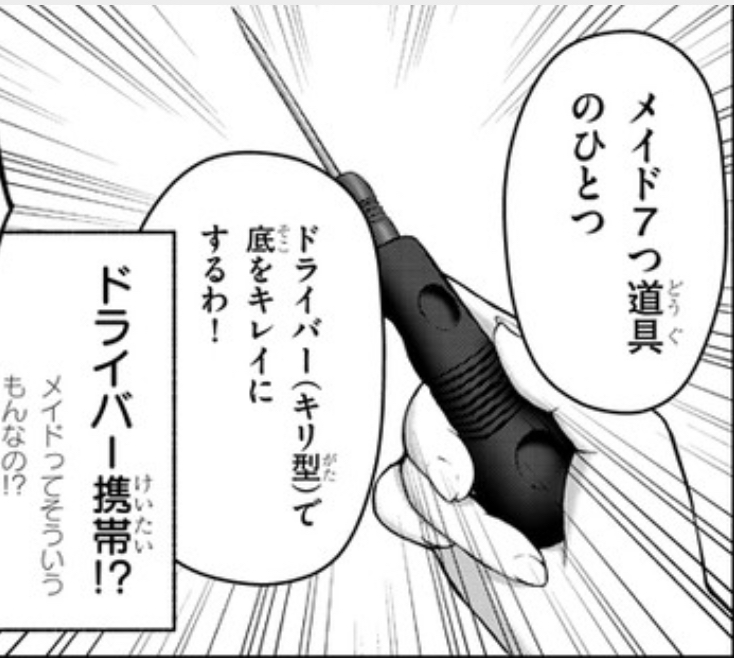 Saw this term in a manga and can’t find a good explanation of what it is. The text says

(底 refers to the sole of a shoe)

However, the image seems to resemble more an awl than screwdriver. I could find some mentions that キリ can mean “cross” (from Portuguese “cruz”), however プラス seems to be a far more common term for a Philips screwdriver, so that’s probably not it.

In desperation I turned to Google Translate and it offered me “drill type screwdriver”, but while I don’t know what exactly is that, it doesn’t seem to match the picture either. So, what exactly is キリ型?

EDIT To add to the fun, on the next page the “screwdriver” gets stuck in a shoe when dropped, so is it an awl after all? It seems that “awl” can be translated as 突きぎり, is this ぎりrelated? 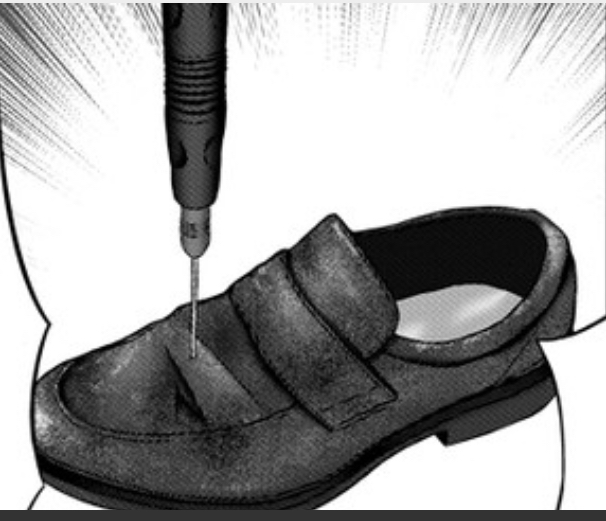 キリ means gimlet. 型means "type" There are some type of screwdriver. Name is different on the shape.

I don't know much about when getting stucked

Not the answer you're looking for? Browse other questions tagged meaning translation etymology .