I've been reading some Touhou doujinshi in Japanese and checking English version for translation just in case, and I had a hard time trying to decompose this sentence: 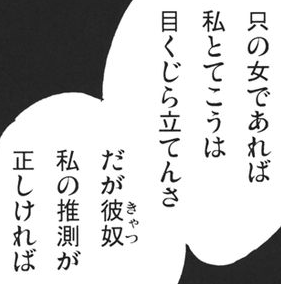 I have to give some context [I also included English translation]: a man in this story was asked, why a noble person like him was interested in the appearance of mysterious (yet random) woman in the capital. His answer was:

只【ただ】の女【おんな】であれば私【わたし】とてこうは目【め】くじら立【た】てんさ
If she were just a woman, she wouldn't bother me like this.

Also the man believed, that he might encounter this woman in the past, that's why he said:

だが彼奴【きゃつ】私【わたし】の推測【すいそく】が正【ただ】しければ
However, if my hunch about her is correct...

He believed that he knew her true identity, which he revealed later.

So my question is: what meaning does 「とてこう」 bring into this sentence? How should it be decomposed? Is it 「と」, that is connected to 「私【わたし】」, or is it 「とて」?

I believe this とて is the adverbial particle listed here and the 係助 definition here. It is rather rare and is essentially equivalent to だって in the context of your post. You might also be parsing the sentence incorrectly. I've added a comma to the sentence, if that helps.

只の女であれば、私（とて / だって）こうは目くじらを立てんさ
If she was just your average woman, (even) I wouldn't be looking into her like this.

I feel like the above sentence would sound more natural without "even", but that's the best direct translation I can give. Maybe a better natural translation might be "If she was just your average woman, I wouldn't be looking into her either."

If you're confused about the は, you could probably just take it out and get roughly the same meaning, just without the contrast/emphasis that は provides in the original.

Not the answer you're looking for? Browse other questions tagged meaning particles manga or ask your own question.

36
What are the guidelines for omitting particles?
3
What do the 「ああなる」and「気いします」mean?