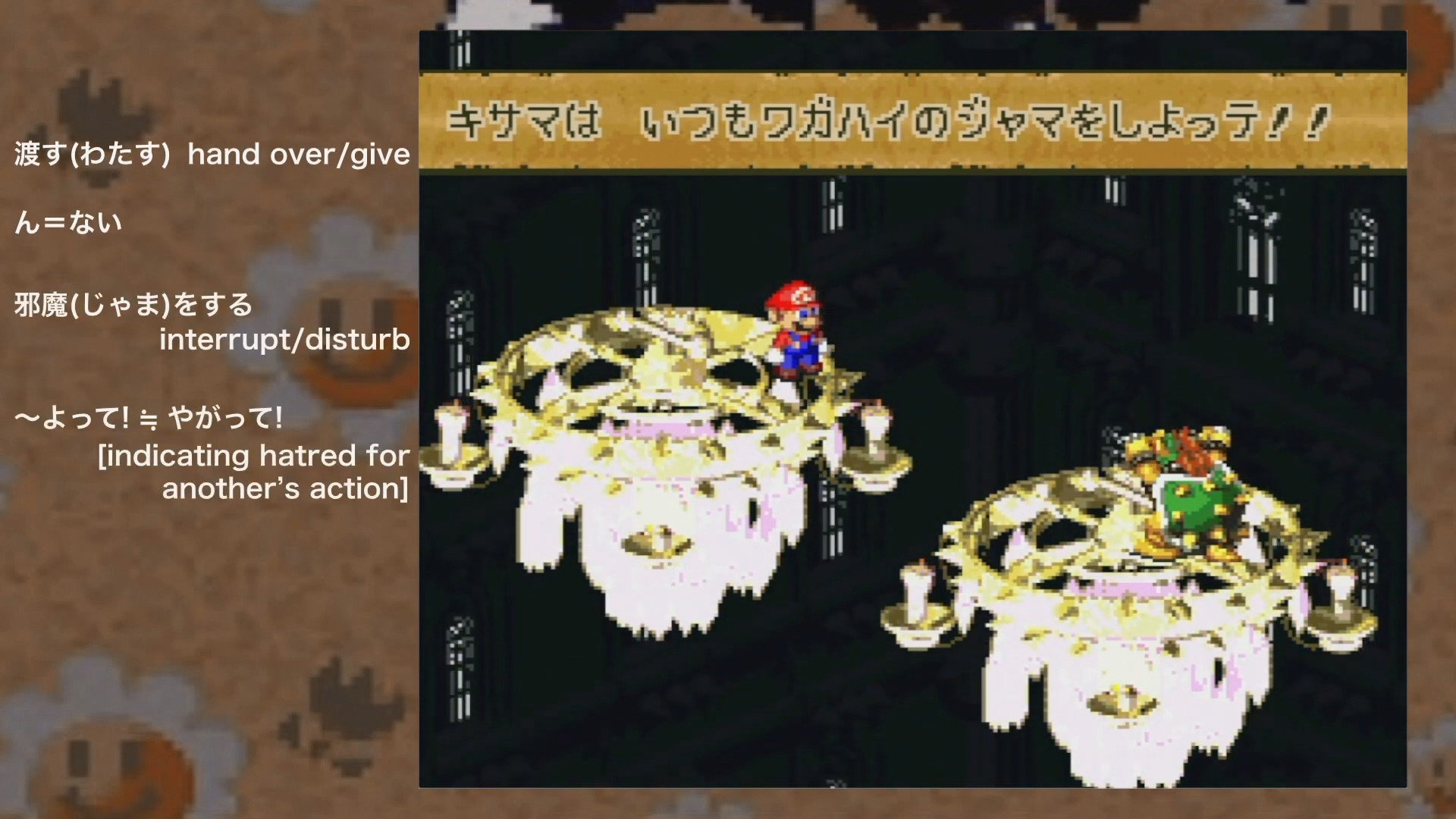 I think Bowser is saying something like "I hate how you always interfere!"

There's 2 parts to this question.

Part 1: About よって！ I can't figure out what this is. Is it an alternate meaning of よる or something?

Part 2: If you look up near the top left the at ん＝ない the equals sign is a standard =. But if you look at the one below with よって！＝やがって！, it has 2 small dots on top of and below the = sign. I'm not sure if this means 'similar to' or something else. I did find the definition of やがって on Jisho but I'm wanting to know more about よって.

This よって is the te-form of よる, which is an auxiliary verb that expresses disdain. Compared to やがる, よる sounds relatively old or dialectal. See this and this.

The te-form is sometimes used with an irritating voice to point out someone's bad or surprising behavior (I could not find the relevant definition in monolingual dictionaries). For example, a mom may say "またこんなに散らかして!" ("You've made such a mess of the room again!") to her child.

≒ is a math symbol that means "approximately equals". This is very common in Japan, but other symbols including ∼, ≃, and ≈ are used outside Japan. See this Wikipedia article.

Not the answer you're looking for? Browse other questions tagged meaning definitions or ask your own question.

5
Function of 「masu-stem」＋よる in Kansai-ben
6
What does the word 「しおって」 mean?
6
Please explain sending ending よったか