What is the right order of this sentence? (JLPT N2 practice question)

The right answer at the starred position is 4.

One arrangement I thought might make this answer work is:

However, I'm not sure if 「にあたって」 can be followed immediately by 「の」. How would this combination be interpreted then? Or maybe the right order is something else?

So Shin Kanzen actually gave some examples of this combination (xxするに当たってのxx, e.g. 就職するに当たっての準備), as shown in the photo. However, I asked a Japanese teacher, and she agreed with naruto in the comments, that grammatically speaking, it would be more correct to say xxするのに当たってxx, where "するの" would act as a noun, similar to "すること". 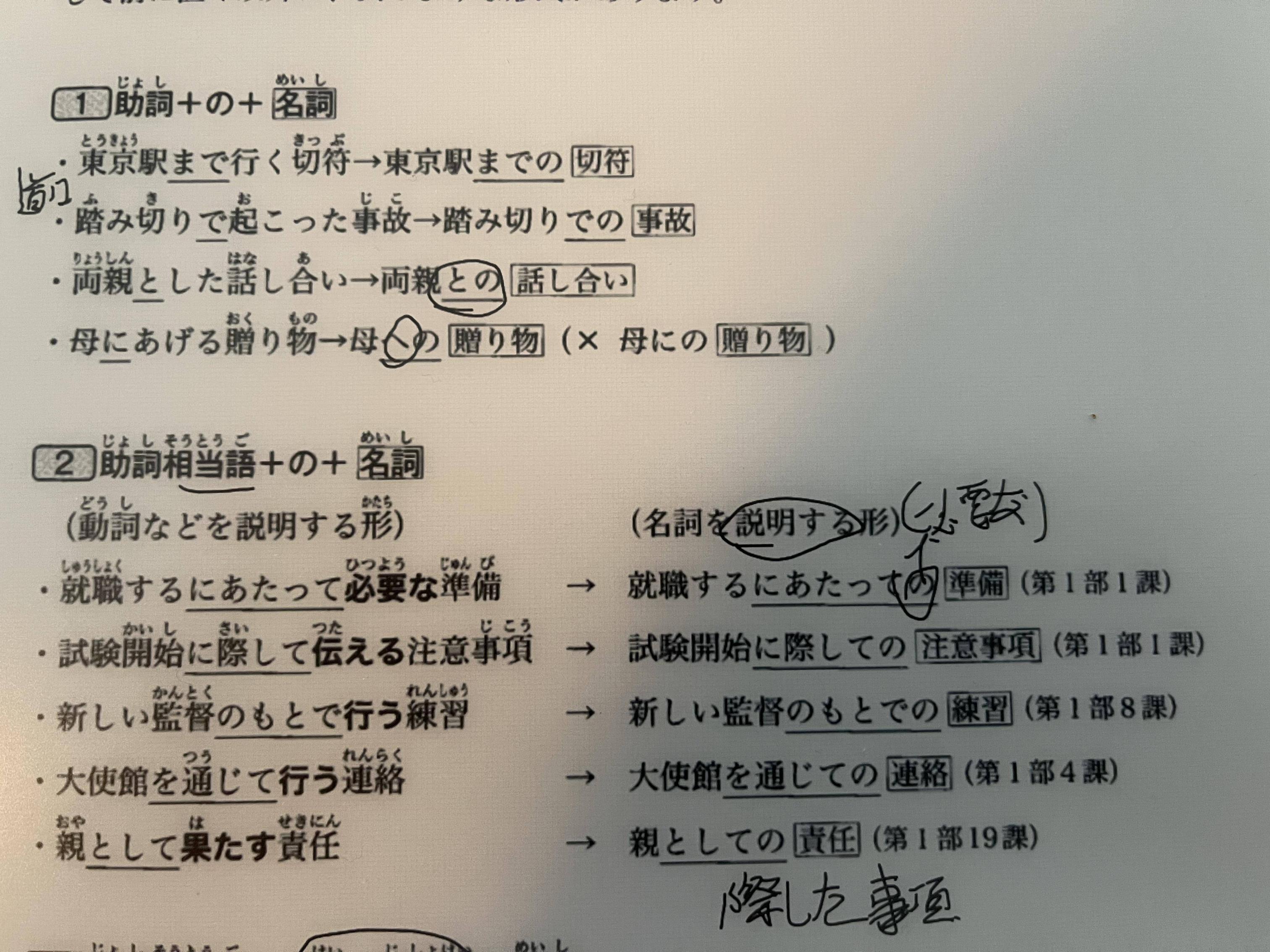 As of the meaning of the sentence, which I was confused about, "当たって" here should be interpreted as "corresponding to", i.e. "the strategy regarding the opening of new stores". Then the sentence makes sense.

Not the answer you're looking for? Browse other questions tagged grammar syntax sentence jlpt word-order .

5
How do I interpret this question that ends with よ?
1
Trying to make sense of some JLPT practice questions
0
How do I parse this sentence? （年中行事について）
3
JLPT N1 listening question: Confused about sequence of events
0
文の組み立て JLPT N1 Question about word order
0
JLPT N1 practice question: Usage of この辺で
0
What would be the difference between 書こう and 書きよう when used in this sentence?