What are those kanji on a 大施餓鬼柱 pillar?

I was reading a manga and came along this text on the pillar: 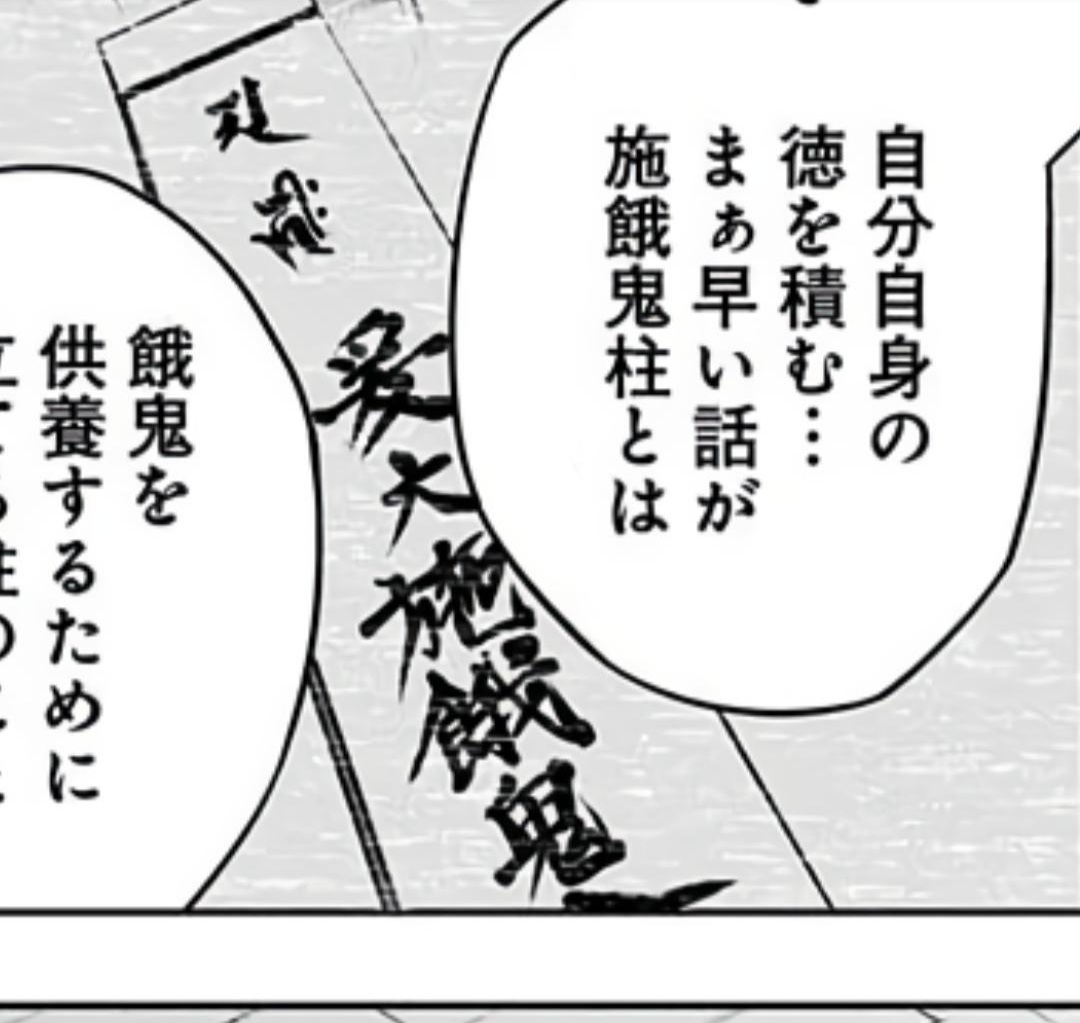 I can't find anything in that. I looked up various 大施餓鬼(おせがき) related articles, but those two kanji were nowhere to be found. They are written in really hard handwriting and I can't read them.

I couldn't find the 爰 either and I may have confused it with 妥 or another one, but the kanji looks more like 爰 than anything else.

After some more searching, I found also a photo of such pillar on Google: 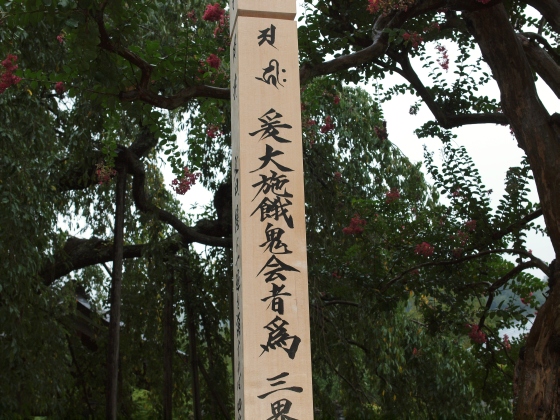 After even more asking around, I found it is some kind of Buddhist Sanskrit signs of Zodiac or something like that, but I still don't know which sign it is exactly.

After asking a bit more I got told "You have to ask a monk!"; so I found a monk talking about gravestones and Sanskrit on them here and tldr: It says that it means something about annual event and that it means whatever the requestor had in mind without any strict rules to be followed. At least it's what I understood from his long post on his site

I might've misread something there, so I won't put it as solved yet.

Those are the bonji. They are sound vibrations used in meditation. In Japanese, they typically are germ characters, which are characters that germinate other words, like a seed. In this context, it is likely to germinate names of deities, and one or more of their various aspects are being invoked by these sounds, that is to say, "whatever the requester had in mind without any strict rules" as the OP states.

26
Why are there two versions of the kanji for 冷?
13
How do native speakers "read" single-kanji signs when those kanji are not also standalone words?
0
recognize kanji
7
What is this kanji ? Looks like 七 three times
1
What is the most "comprehensive" kanji dictionary?
2
Can someone help translate this gravestone?
2
What kanji is this?
1
Any help recognising a handwritten kanji?