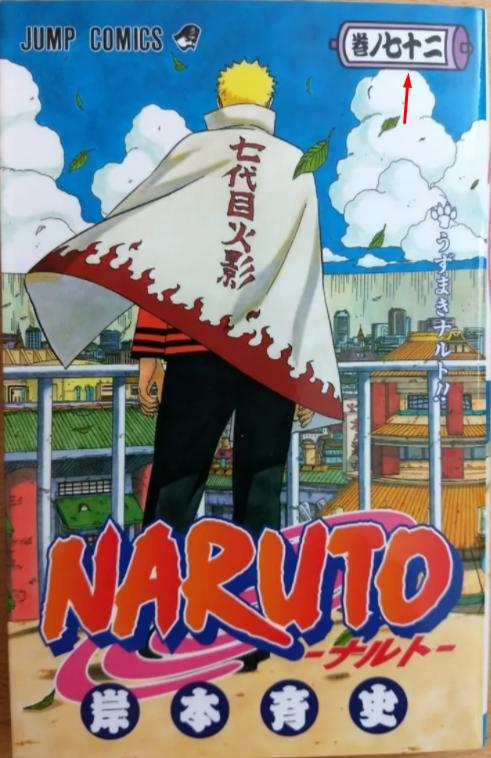 巻【まき】の七十二 is just a traditional way to say "Volume 72". Were it not a ninja manga, we would normally say （第）七十二[巻]【かん】.

の is the only way to connect a noun to another in Japanese. Unlike English, you cannot directly attach "with", "from", "by" and such to a noun unless via の. The の alone is thus the most ambiguous and versatile modifier with a lot of idiomatic usages. Here if literally interpreted, it would be "72 in volume" or "72 among volumes", which is a fixed way to indicate that it is the 72nd book in the series.

PS
Although the Japanese writing direction could be right-to-left in horizontal alignment, something like 二十七ノ巻 is hardly used as a volume number marker. ～の巻【まき】 would be usually the traditional format of title, that is, an explanation comes before の. 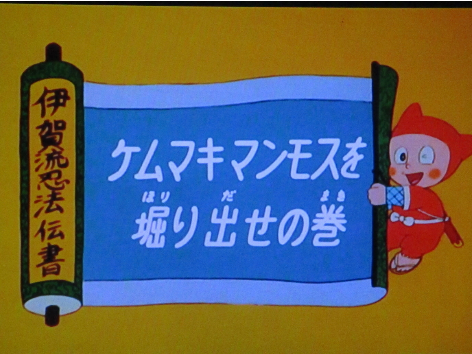 (an episode from the anime 忍者ハットリくん)

卷ノ(の)七十二 can be read in two ways. The first 二十七ノ卷, this is an old way reading Japanese letters from right to left. The second 卷ノ七十二, this is a new modern way reading them from left to right. Even as a native speaker of Japanese, I am a little perplexed, and have done a little search about his Manga. The answer is: 卷ノ七十二, meaning Vol. 72.

Not the answer you're looking for? Browse other questions tagged translation kanji katakana orthography or ask your own question.

18
Why are some words written backwards on trucks
12
Recognizing old Japanese handwriting
8
Why can we use の after へ and から?
3
Under what circumstances does Japanese read from right to left?

10
Which kanji has the greatest number of strokes?
2
What does 兼 mean when it appears next to a person's name in an organizational chart?
2
I assume this means next episode number 6 "第 六話"
10
How did 本 come to mean book?
3
What is a more direct translation of もったいぶっちゃって
5
How many distinct kanjis or words are there in a typical modern Japanese book?