Pitch Accent of ありがとうございます According to Forvo

One of the first things you learn in Japanese is that the proper pitch accent of ありがとう has the step-down after り (in standard dialect). But if you listen to the pronunciations on Forvo (and more generally, but Forvo will do), the pitch of が tends to be at the same level as り、if not slightly higher, followed by a drop (which is sometimes not so steep compared to the drop on the long vowel). This is confirmed by analyzing the numerous recordings in Praat. In none of them, regardless of region, does り actually seem to take the accent.

Please note that this is not just my ears saying the pitch is different from what it "should" be - I'm attaching a few of the Praat spectrums for ありがとうございます to show what I mean. In all cases, the highest pitch occurs with が. Even if you look at ありがとう by itself the same pattern emerges. Note that some speakers will also use the pitch pattern 低高高高低 as well, but never 低高低低低 as it is "supposed" to be. So my question is, why is the "correct" pitch accent rarely used, or am I just missing something? It seems more likely to me that rather than every accent dictionary in existence being incorrect, I am mistaken in one thing or another, and I would be happy to find out what that is. 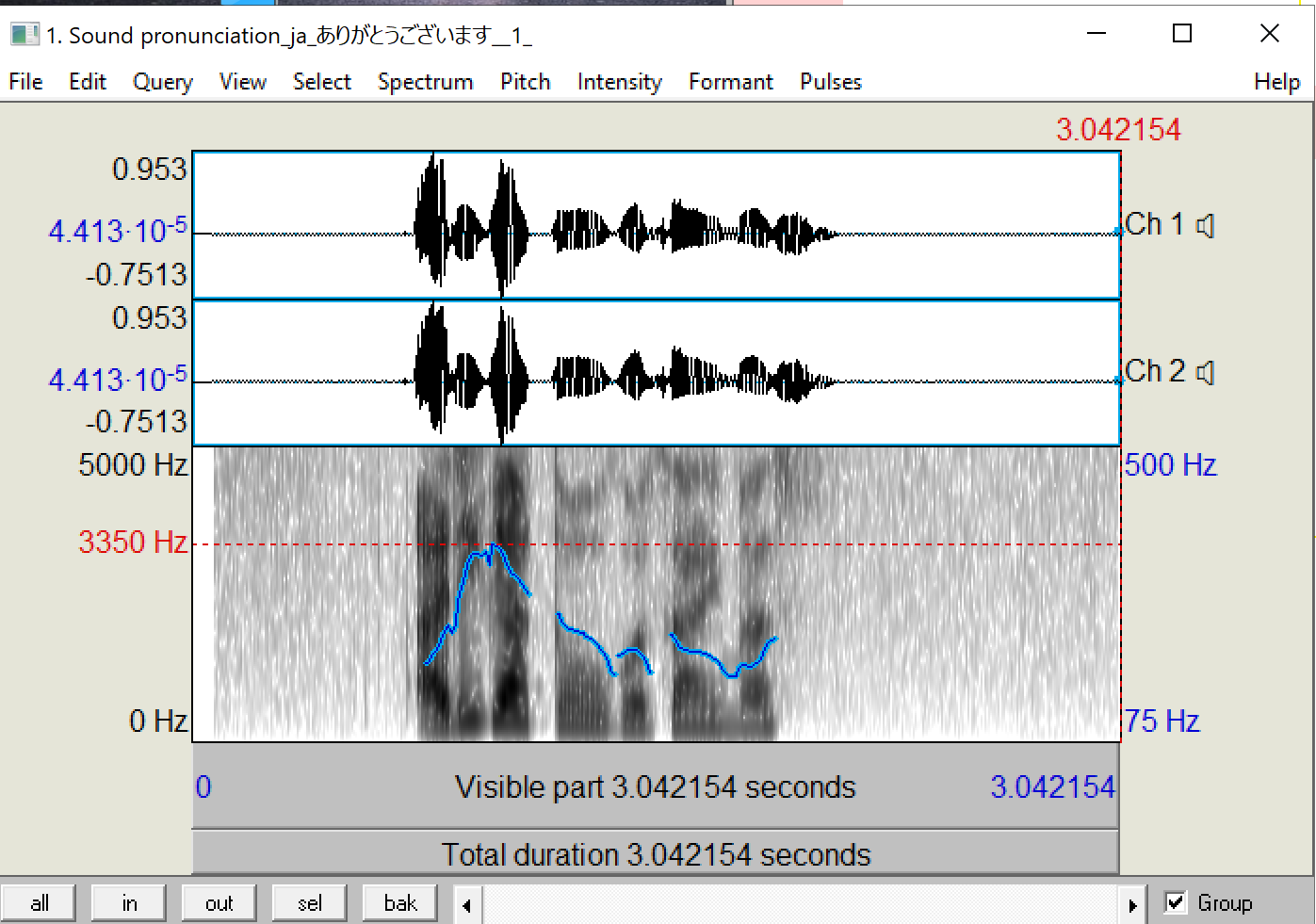 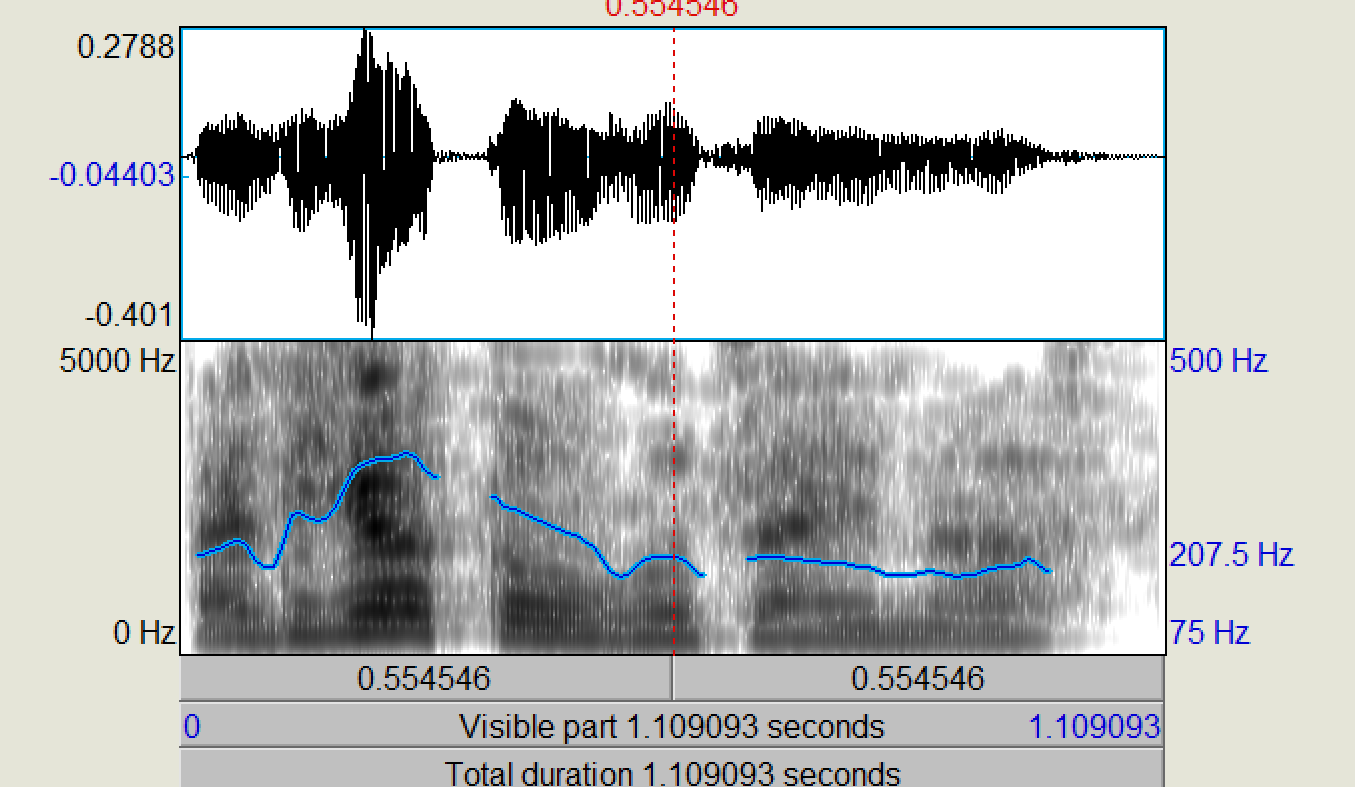 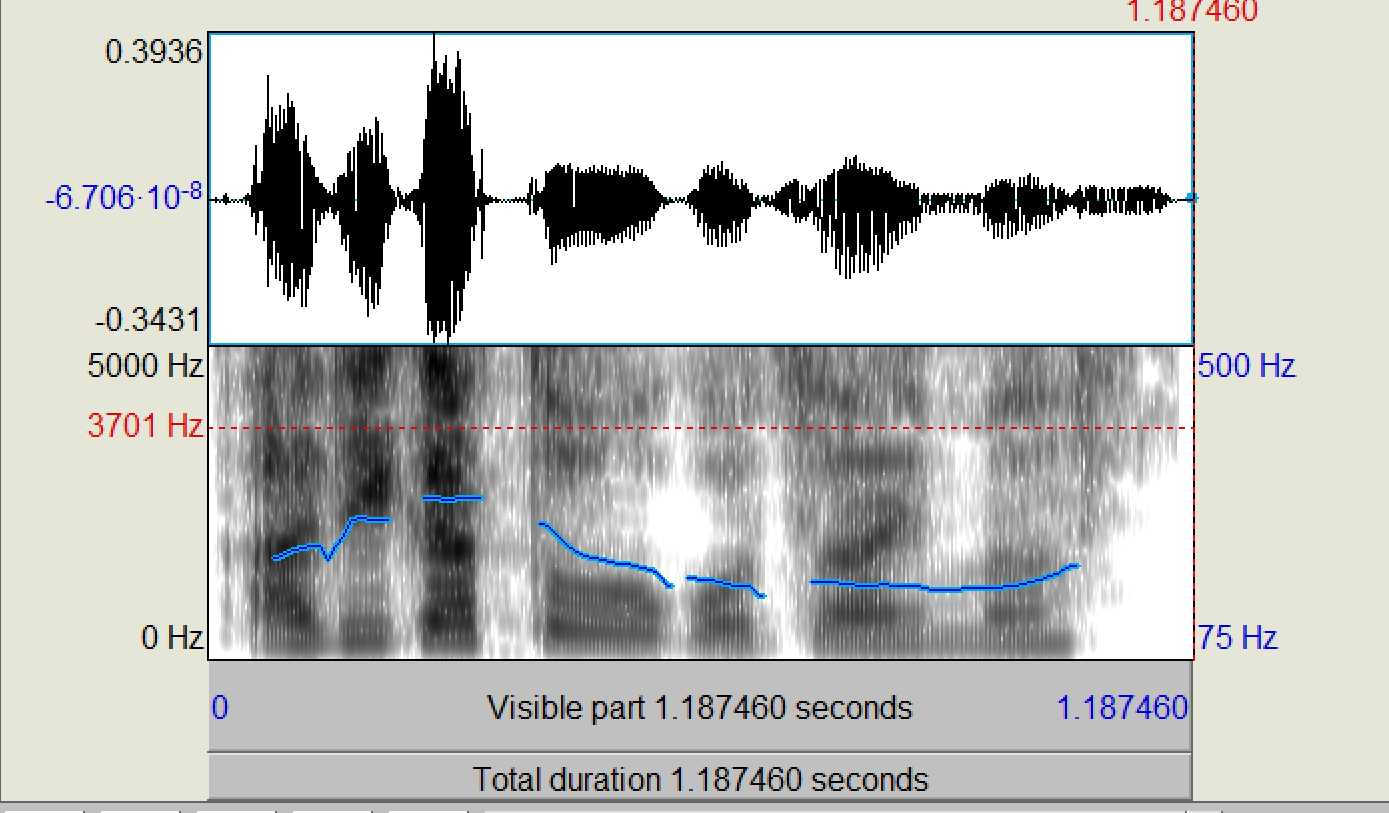 This will be a somewhat unrigorous answer (since that’s faster to write), but basically there’s a layer of interpretation that your mind does on the pitch, where it’s actually not just the height of the pitch that matters, but the direction of the pitch change throughout the mora that matters.

will generally get interpreted as HLLL

Of course a clear

In other words, when there are slides in the pitch, it causes an “fuzzy” accent kernel, which the listener’s brain will then just place in the right spot.

As far as ありがとうございます on forvo goes, they all unambiguously sound accented on the り to me (aside from a kansaiben recording in there). The が might be high in pitch but as long as it’s sliding downwards there’s no way it will be interpreted as the accent kernel.