Is this heavily stylized text readible?

Watching ダーリン・イン・ザ・フランキッス, I noticed how heavily stylized the logo appeared to be in the opening (see picture below). Knowing what it's supposed to read, I was somehow able to make out every kana, but as I'm not that good yet at reading Japanese, I can't really evaluate when things become kind of difficult to read even for native(-like) speakers. So my question is this: How quickly could Japanese native(-like) speakers (or readers in this case) read the logo down below without knowing what it's supposed to read? Thanks! 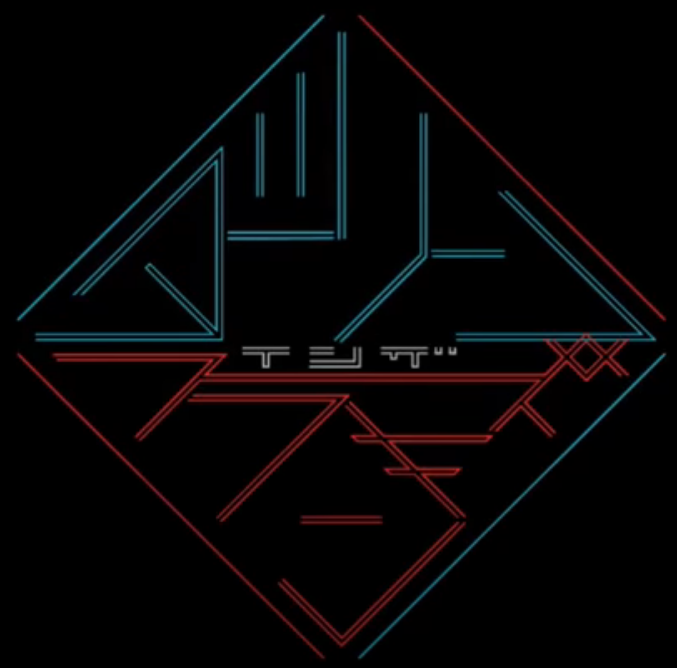 No, even native speakers cannot read this. As istrasci says, the blue part is more like タツノン. People can probably identify most katakana in the red part, but it's almost impossible to recognize フランキス as a word. The last ス looks more like ズ.

I almost thought this was a fan art made by someone who doesn't understand katakana well, but this is something that actually appears in the opening movie. However, it's used as a flashing line art that is shown for less than a second. I believe it's more like obscure street graffiti and is not meant to be read and understood in the first place.

For comparison, the following is the true official logo, which is shown at the end of the opening movie and is much easier to read.

Not the answer you're looking for? Browse other questions tagged katakana kana .

4
Ruby text in Documents
9
What does it mean for the 'feel' of a sentence / text when it's written in all hiragana?
1
What would be the best katakana for this book title?
2
What is this odd character?
15
Why is this written in katakana instead of hiragana?
1
What is the regular kana text of the image?
2
This is a macron or a kana?
4
Are those kanas "しい" ? (text found on a banner)
6
Why is there dakuten on the "ん" in this image? (ん゙)