A nightmare is あくむ, which in kanji seems straightforward: 悪夢 (bad dream); however, "to have a nightmare" is うなされる, which has its own special kanji, 魘, which apparently is a verb since it's followed by sareru.

Is there overlap between these two expressions for "nightmare", 悪夢 and 魘? Can 悪夢 be turned into a verb to have the same meaning as うなされる, or is this unnatural?

Can 悪夢 be turned into a verb to have the same meaning as うなされる, or is this unnatural?

There is no verb form for 悪夢. The closest I can think of is 悪夢【あくむ】を見【み】る (literally "to see a bad dream").

Meanwhile, 魘【うな】される means "to groan in one's sleep as if in anguish". It doesn't actually have anything specifically to do with dreams, as noted also by naruto.

This appears to be a purely-Japanese term, not a borrowing. It is first cited by the Kokugo Dai Jiten entry here to a kabuki play script from 1703.

Let's look a bit deeper at うなされる. This word is a bit odd, and its form raises some questions.

(This gets long. Jump to the end if you get impatient. 😄)

I finally found that my local copy of Daijirin includes a note that the う on the front is probably the same う in 唸【うな】る ("to howl, to growl; to moan, to groan; to grunt").

Daijirin has this additional note at 唸【うな】る:

A look a the うなる page at Weblio gives us this note from Daijisen, partially confirming the Daijirin notes:

If so, the basic underlying meaning of the verb would be "to go oooo, to make an oooo sound: to moan". The main difference in meaning between うなる and うなされる is that うなされる seems to refer specifically to the sense "to moan while asleep and in apparent anguish".

All the dictionaries also show that うなされる is the modern 下【しも】一段【いちだん】活用【かつよう】 ("lower monograde conjugation") pattern that arose regularly from the older 下【しも】二段【にだん】活用【かつよう】 form うなさる.

Historically then, we have う (onomatopoeia for the noise made) + なさる. This なさる is a little odd.

うなさる could be analyzed as う (onomatopoeia for the noise made) + なさる (honorific for "to do, to make"), itself a polite and honorific form of なす, an old synonym for する and the transitive / causative counterpart to なる ("to become, to come into being"). But it's not clear why this verb would be built using the honorific なさる.

That said, the earlier form of the modern passive ending -areru was indeed just -aru with this same 下【しも】二段【にだん】 pattern. And for that matter, just as in modern Japanese, the passive was used to construct honorifics via the globally-common technique of making things more polite through indirection -- なさる is both a passive and an honorific form of なす.

As mentioned in a comment, うなされる looks like a passive form, with the regular passive -areru ending. However, there is no verb うなす, nor any verb うぬ (for which うなされる might be a causative-passive). As an alternative analysis, this might be うな + される ("to be una-ed"), but there is no fitting noun una that might fit: there is 項【うな】 ("back of the neck: the nape"), 鰻【うな】 (short for unagi: "eel"), and うな as an ancient contraction of 汝【うぬ】は ("you" as the topic), and none of these make sense.

The common usage example I see in various dictionaries is 「悪夢【あくむ】にうなされる」, which looks an awful lot like a passive construction.

The blog linked in naruto's comment also discusses the possibility that this word is a passive form, but their analysis goes in a direction I don't quite agree with, suggesting that "oni" or "ghosts" would be the active agents of hypothetical verb うなす, and that the sleeping moaner is being うなす-ed by the "ghosts".

I explored the idea that うなされる is the passive form of unattested うなす, itself from う (onomatopoeia) + なす ("to do, to make"), from the sense that なす was sometimes used in ways that come close to being a causative: "to make someone do something". うなされる could thus be parsed as "to be made to make an oooo sound: to be made to moan or groan". However, further research into なす usage patterns seems to rule this out.

Another possibility is that this is from うなる ("to moan, to groan") as the regular causative-passive うならされる, with the medial -ら- dropping out for some reason.

うなされる sure looks like a passive, and it takes the に construction in a similar way. But it remains uncertain. Without further textual evidence of some earlier form, we're left with guesswork, and the verb's true derivation lies still hidden in history.

うなされる just means "to suffer (and make noise or sleep-talk while sleeping)". Its cause (marked with に) is typically a nightmare, but it can be something else like high fever (熱にうなされる). There is nothing redundant about saying 悪夢にうなされる. 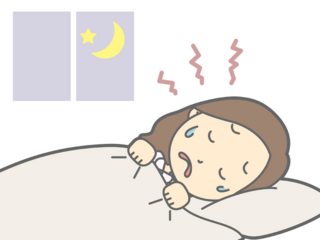 I personally did not know the kanji 魘, and I doubt more than 10% of native speakers can read it.