Here is another passage I read from Shin Kanzen Master Dokkai N1. (Well, it's actually an excerpt from Asahi Shinbun.) 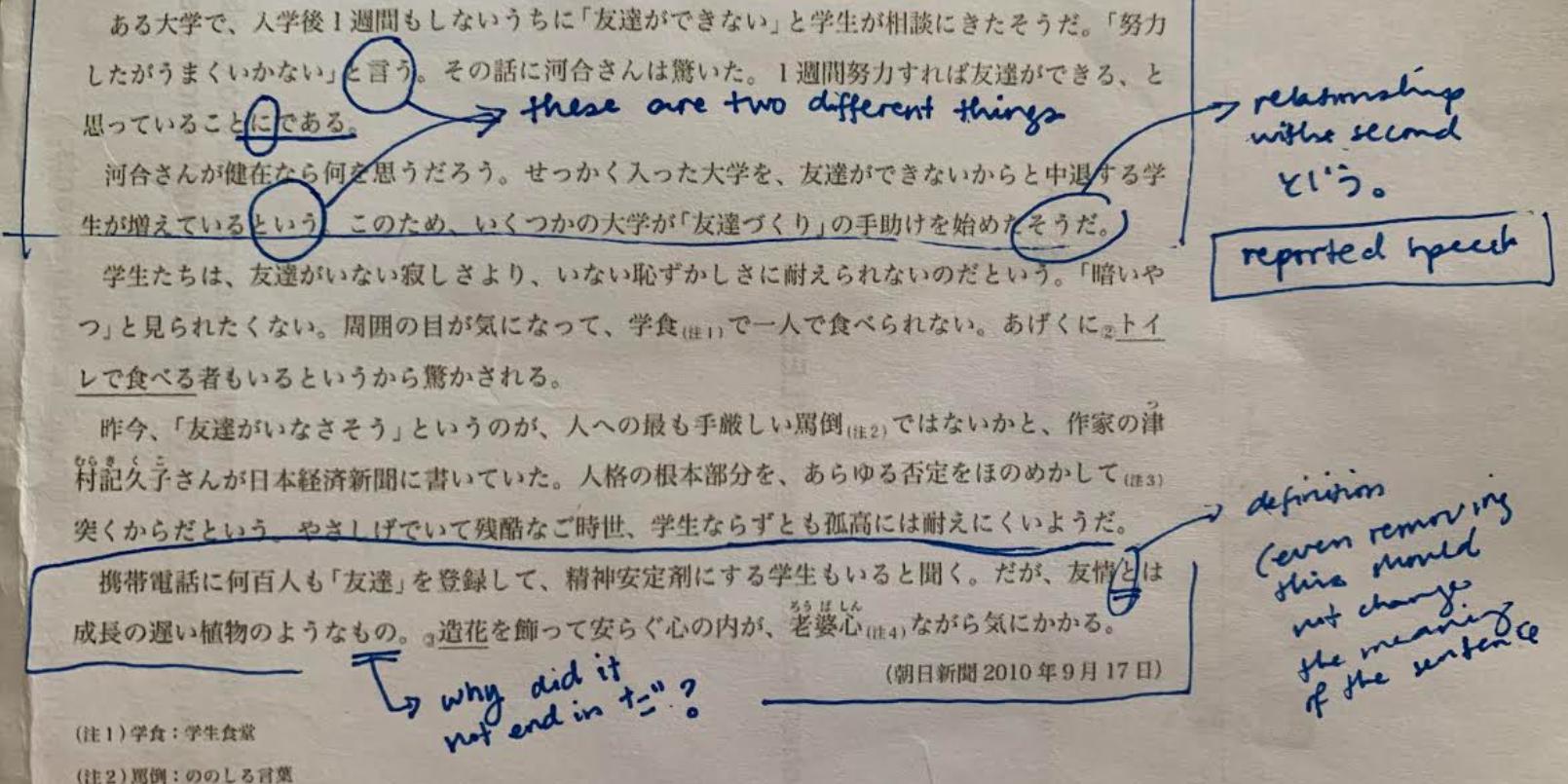 For this passage, I have several questions:

Here I encircled two instances of という. At first, I thought that these two というs are used differently, but I think they are the same in the sense that they both serve to quote the expression that precedes it, except that the first one is a direct quote, while the other one is an indirect quote. Can anyone confirm this?

I was surprised when I saw に next to である. Is this a typographical error? Is this a truncated sentence? I have not seen a sentence like this before.

Here I found out that だ抜き happens often. So far, I have seen the structure だと〜 becoming と〜. In the last paragraph however, there was no と〜 at the end. Can this be considered as another example of だ抜き?

What 話 was she surprised at? Well, the next sentence fills you in:

一週間努力すれば友達ができる、と思っていることにである。
She was surprised that they thought you could make friends if you worked hard for week.

3
trouble with comprehension: 最大公約数的な and くらいにまで
3
また as moreover?
0
Position of なんか in a sentence when emphasizing a negative feeling
1
Three grammatical questions about Japanese Manga
1
How to tell the function of と at a glance?
2
Potential form and ～限り
3
Understanding the grammatical structure of 「まったくどうかしてるな 僕も」
2
Can't determine the nature of こう in this sentence