I usually do not ask a question here unless after trying multiple times I am still stumped and admit defeat.

I understand that かわりもしない would mean "has not changed even a single bit" putting emphasize on the verb as part of the negative, but I do not know the meaning of this も in a positive.

For now I tentatively understand かわりもします here to mean either "he has definitely changed" (ie, emphasis) or "he has changed, among other things" (meaning of 'also' implying other things in addition) but I don't know which or if it's something else altogether. 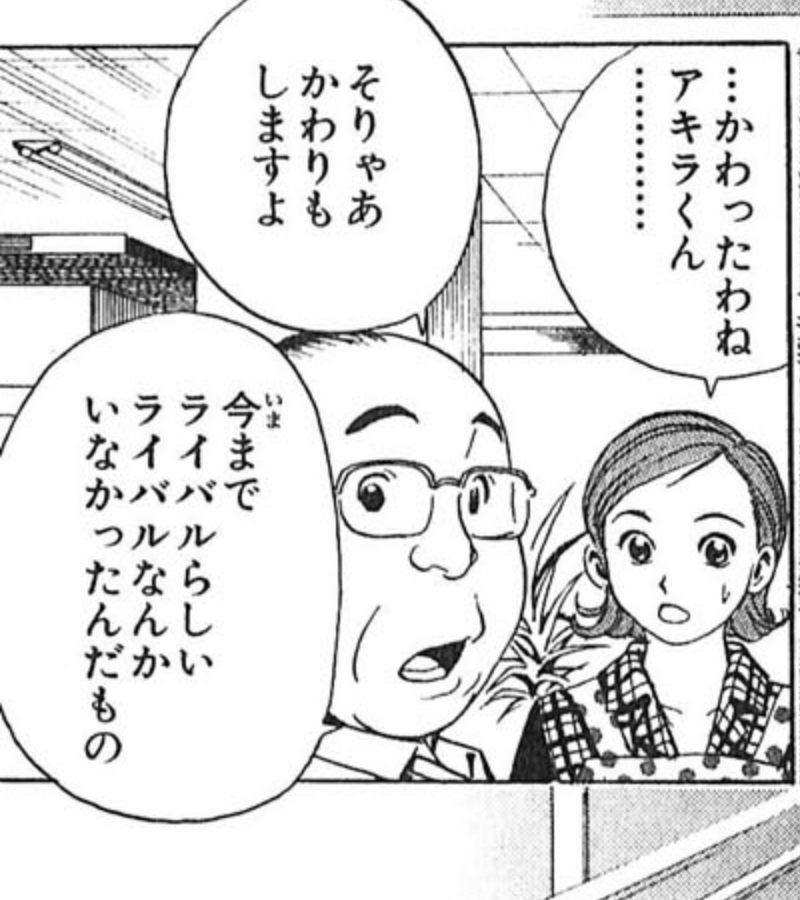 This type of も does not mean "also". In this case, it adds the nuance of "of course", "it's only natural" or "it's no wonder". It is used with something that describes a reason or a cause.

In this manga, the reason part is added after the result part.

I could not pinpoint the specific definition in monolingual dictionaries, but basically this should be related to "exclamatory-も" or "も to make the sentence sound reserved". This も is used to vaguely describe "how things turn out naturally".

You can find the same も in the のももっともだ construction, too.

Not the answer you're looking for? Browse other questions tagged grammar particle-も or ask your own question.