While explaining かつおぶし via the English Wikipedia. There is a picture that has かつをぶし on a のれん: 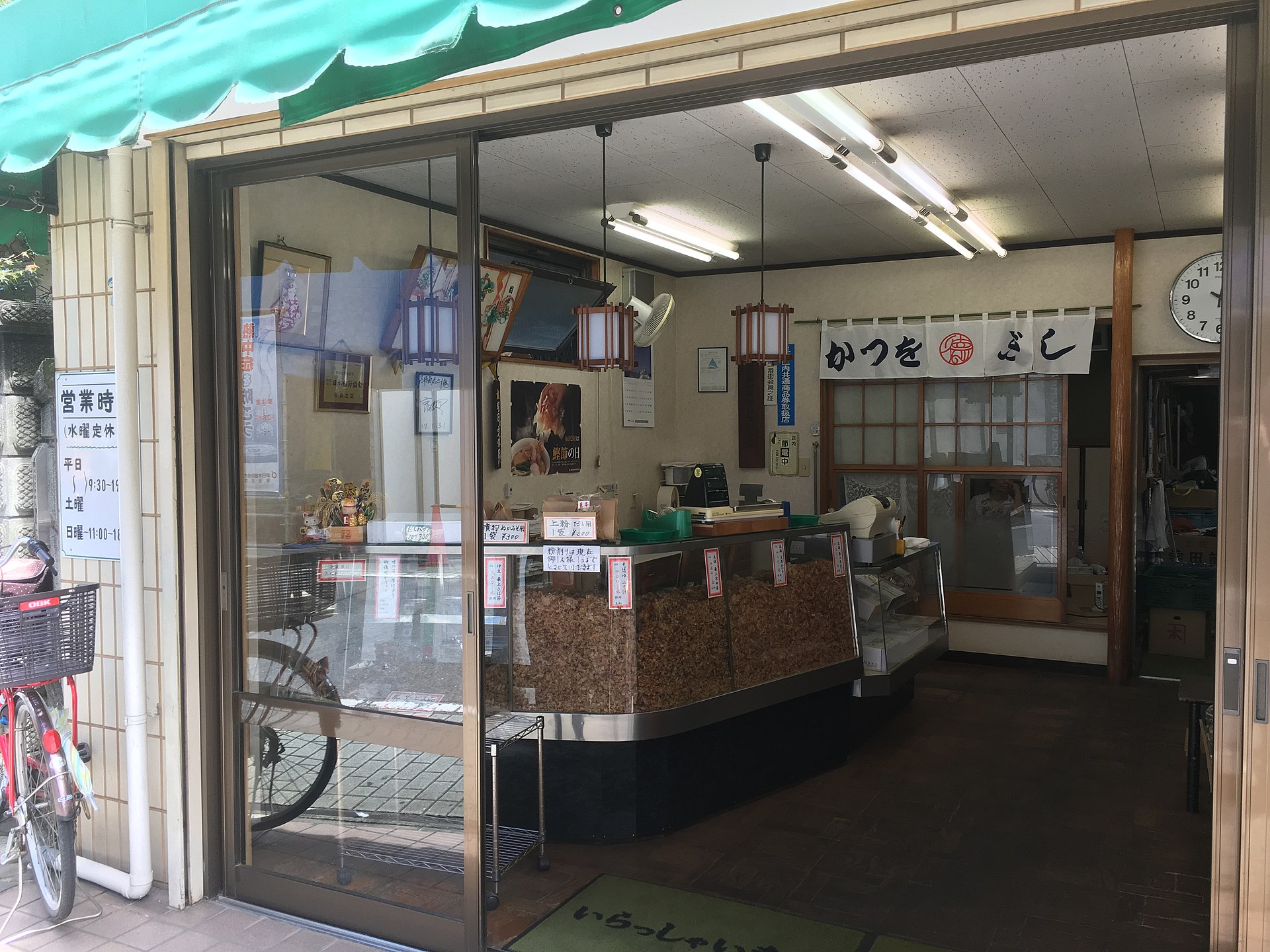 In the dialect that I speak, we do make vocal substitutions, but we generally write with standard かな。If anyone has any insight to why を was written instead of お, I'd appreciate it.

What you're seeing isn't any kind of "dialect spelling" or "pronunciation spelling", but rather the historical spelling. Historical spellings are the kana spellings from before the spelling reforms of the late 1800s up through the mid-1900s. These older spellings often reflect the etymologies (word roots) of the terms.

For more about historical kana spellings, see these Wikipedia articles:

In this case, the modern term かつお is from the older term かつを. If we look at the monolingual Japanese dictionary aggregator site Kotobank and their entry for 鰹【かつお】, right at the top of the page we see the big kanji followed by the modern 読【よ】み or "reading", and the next line has a few items in grey boxes -- this includes かつお〔かつを〕, showing the modern kana spelling followed in the 〔brackets〕 by the historical kana spelling.

Although raw tuna is now a popular sushi ingredient, in older times, this fish was almost exclusively eaten only after it had been smoked and dried into hard bricks -- the better for easy transportation and long-term preservation. Etymologically (in terms of word roots), researchers thus think this word is probably from 硬【かた】, the stem of adjective 硬【かた】い ("hard, not soft"), + 魚【うお】 ("fish"), older kana spelling (and older pronunciation) うを. kata + uwo → katauwo → katuwo → modern katsuo.

For more about the etymology (derivation) of this word, see the entries at these monolingual Japanese dictionary sites:

Not the answer you're looking for? Browse other questions tagged history dialects classical-japanese kana-usage or ask your own question.

10
Mukashi-banashi. Do they borrow from other current dialects in addition to older Japanese?
16
Origin of ~なければ ならない
10
On “おてもと” and its many variants for “chopsticks”
7
Is modern day keigo borrowed from kansai-ben? Sources?
6
What is the meaning of dots and dashes in kunyomi readings?
2
'to appear': arawareru, arawaruru, and arawaru
8
How to read this sign and what it means?
6
Verb ending in -ん with positive meaning?