does maigo work as a name for a musical artist [closed]

Ask Question
Asked 9 months ago
Active 9 months ago
Viewed 177 times
0
Closed. This question is opinion-based. It is not currently accepting answers.

I have been pursuing a career in music under the name “Maigo” and I even have the kanji writing of the word tattooed on myself. Would this make sense in japan

"Maigo" (迷子 in kanji) is a common Japanese word which normally refers to this, a lost child which you would see in a department store. Sometimes it can refer to someone who got lost in general. 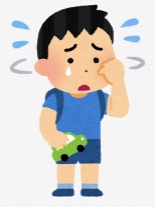 Is this what you have in mind (and on your skin)? Whether you like it or not, a Japanese speaker who heard "maigo" would probably wonder "Does this name have anything to do with lost children?"

4
What does 本調子 mean in a musical context?
3
Japanese word for Operation, in the sense of a project or task - slang
1
Would 日末 be a reasonable opposite to 日本?
0
What kind of Japanese is used for a nonfiction book translation?
2
Can someone help translate this gravestone?
2
Alternative form of a Western name in Japanese
2
What is せっかい焼き and how does this sentence work?
1
How to construct a name for fictional Kami?
0
Would Painful Death Place be an appropriate translation for 痛死名地