I encountered the phrase in a slice-of-life manga:

This is the snapshot: 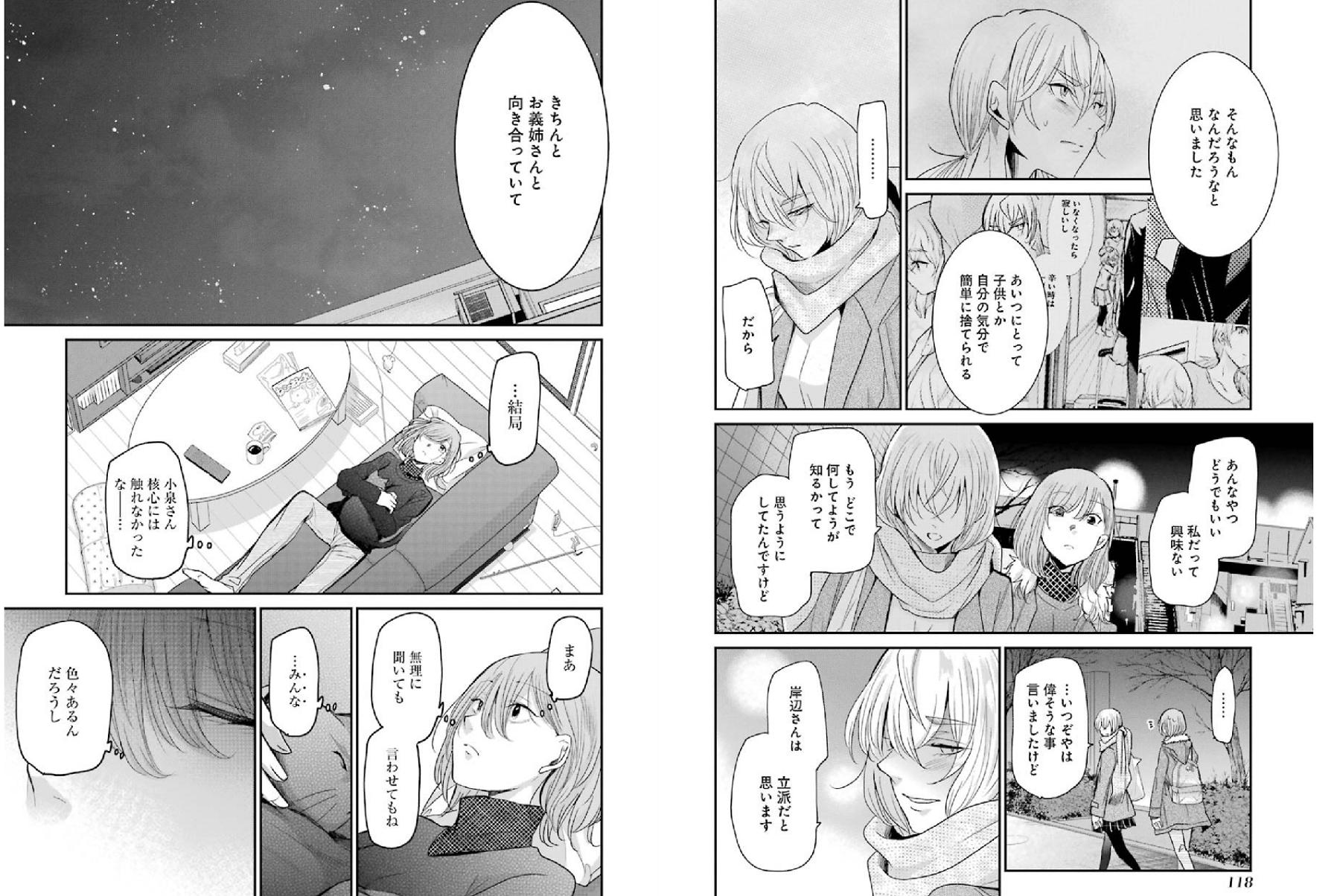 The context is basically that Koizumi telling a complicated story about her family to Shino, who has a complicated family issues of her own (and Shino thought she managed to move a bit towards resolving it).

In this context, the second phrase is just a loose self-restatement.

Not the answer you're looking for? Browse other questions tagged phrases manga or ask your own question.