My question is to what exactly 縦に半回転する means.

For examples sake lets imagine a plane flying in the sky, and how I think its orientation would change.

We will start of with the example that the plane is flying parallel to the ground and maintaining the same height. If it was to 縦に半回転する then it would be flying upside down (180 degree rotation), I think.

You can basically think of 縦回転 as "vertical rotation". In the case of aircraft, I think 縦回転 would usually refer to the pitching motion. 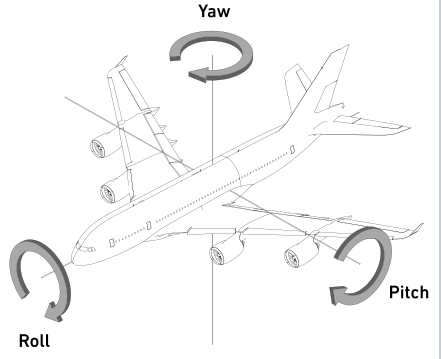 So yes, 縦に180度回転する would make the aircraft upside-down. (But 横180度回転 (180° roll) would also make it upside-down. Yawing is technically also 回転, but it's usually called 向きを変える in laypeople's terms.)

Not the answer you're looking for? Browse other questions tagged meaning .