Do loanwords have quasi-phonemic vowel reduction?

I've started to notice this, and I'm not sure whether my eyes are deceiving me or not, but it seems as if several, but not all loans have a high statistical probability of vowels being reduced/devoiced in contexts where they would be very unlikely to in a native Japanese word, that place being fill-vowels being introduced purely to fit with Japanese phonotactics.

As an example, in the loan “dórama” [accute accent used to indicate accented mora] from English “drama”; the /o/ seems to be almost universally , somewhat, devoiced by many speakers, which would be highly unlikely for an /o/ in between two voiced sounds, in an accented mora in a native word.

I did a spectrographical analysis and it should be clear which of both spectrograms is from “dórama” and which from “dóreka”, by the same speaker: 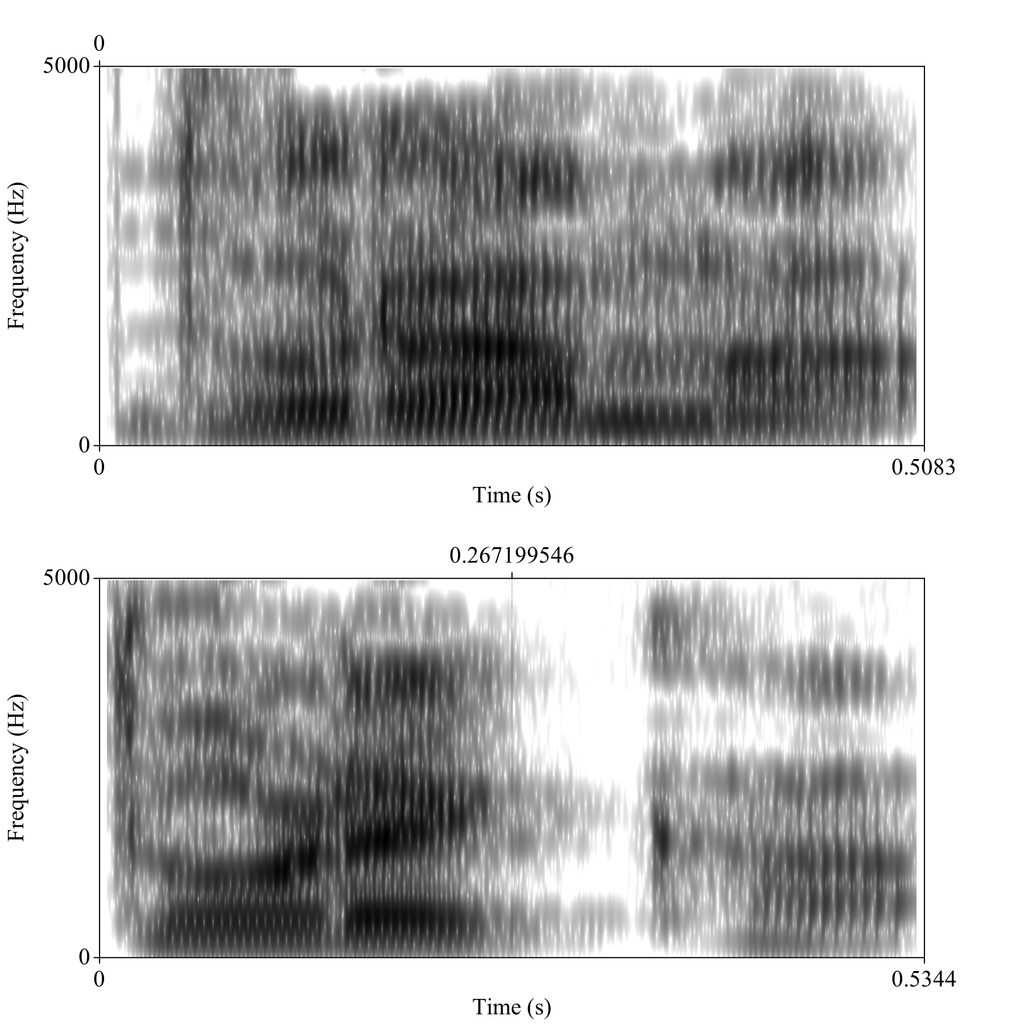 Dark bands at the bottom indicate vowels or vowel-like sounds in spectrograms, for those not in the know of this. It is clear that the dark band in the bottom of the first mora in the first picture takes a far less prominent existence than in the second one, indicating a reduction of vowel-like qualities, as is common for Japanese reduced vowels — it should also be clear that the /m/ in “dórama” has some vowel like qualities, whereas the /k/ in “dóreka” does not.

I have used the speaker Skent from this list, which I also used for “dóreka”, as he was conveniently in both. One may listen to all the examples of “dórama” there and investigate whether one agrees with me that the “do” mora is uncharacteristically reduced with all speakers, and compare it with these readings.

I could find no research that investigated this matter — do any Japanese native speakers have any input on the matter whether they feel that not reducing the “do” in “dórama” would sound unnatural or something else?

13
Would I have 牛乳 or ミルク with my cereal?
12
"y"-sound insertion after intervocalic ん
4
The process behind キャ in loanwords from English
9
Why do the Japanese use loanwords for words that have functional equivalents?
4
Do loanwords have a more formal/technical/"soulless" feel compared to their native counterparts?
7
Katakana loanwords: is there data about their creation/evolution and acceptance as "new Japanese words"?
5
Loanwords related to science
3
ト and ツ in English loanwords
0
How is the あ vowel produced?