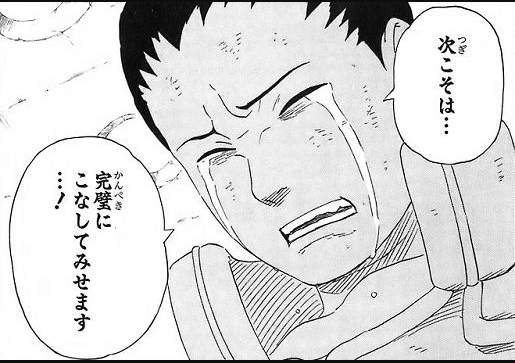 This is a speech from Shikamaru, a character from Naruto manga.

The nuance is, his very first mission as a leader ended in a giant failure with the rest of his team severely hurt and he only got a broken finger.

The above image is the moment that he vows to not fail again, which can be translated as something like:

Next time for sure... I'll carry out the mission perfectly!

But what makes me confused here is the phrase:

I was taught that, 物を見せる means show something (to somebody), but what does Shikamaru show here?

I have also looked up 熟す (こなす), which means mature, but こなしてみせます just does not make any sense to me.

I haven't looked up dictionaries, but inferring from the Japanese animations I have watched, こなす is something like doing something thoroughly and successfully. The most common form I have heard is 使いこなす (to use something in its full capability, or something like that). Never knew that it had a meaning like "mature"; never heard that kind of usage in animations.

For future readers who might be looking for answer, this is what you need:

It's a grammar: てみせる, which means will definitely do ~

Also check out this answer: てみせる

Not the answer you're looking for? Browse other questions tagged translation words word-usage or ask your own question.

3
How can I translate this? すべてかけて抱きしめてみせるよ
0
What does 覆ってみせる mean?