The following is an exercise I do daily to better understand grammar.

I’ll claim A and the title. 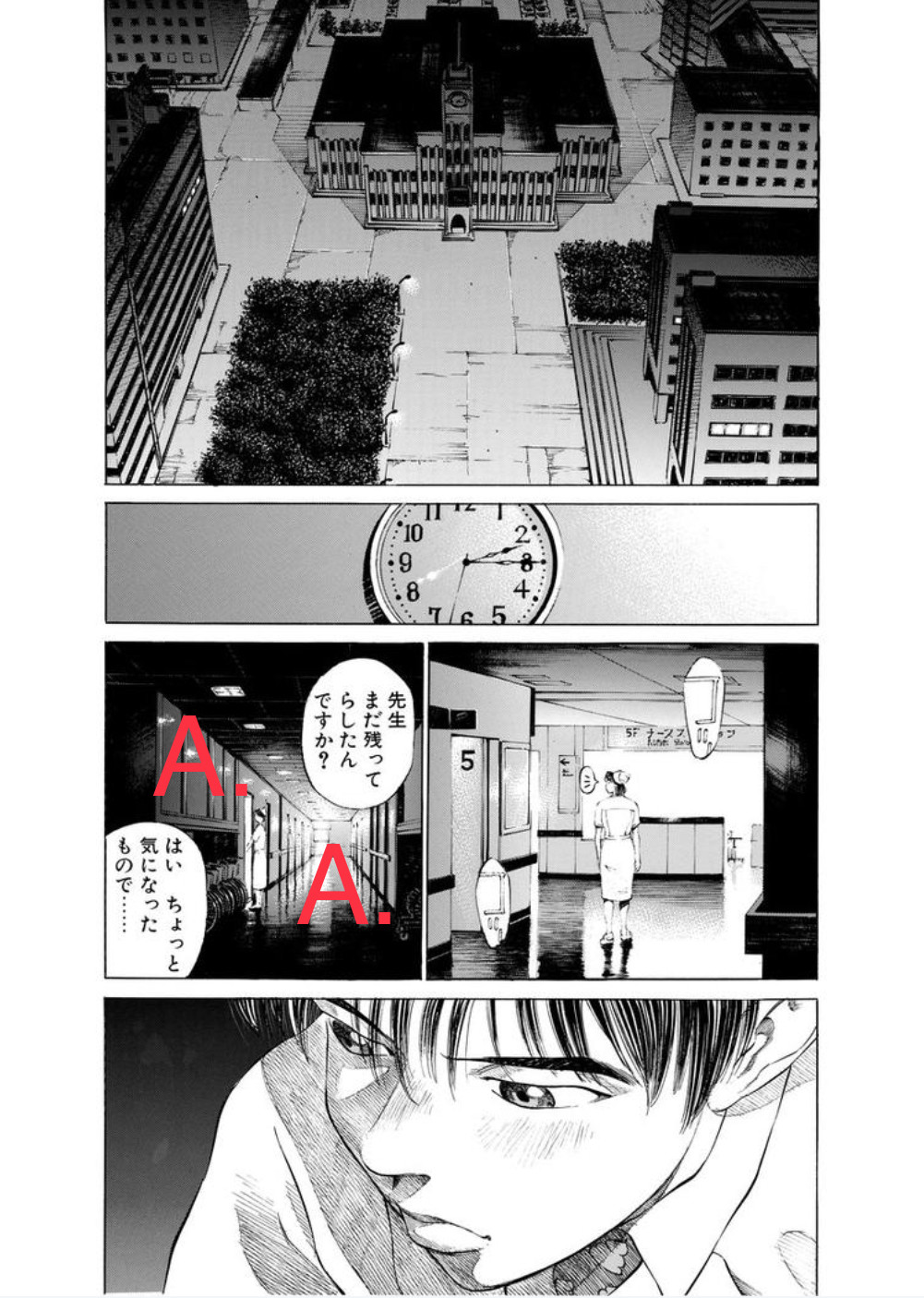 第 is a prefix to form ordinal numbers. In this case, it precedes 3, so third.

話 is a counter for stories, so 3rd episode in this case.

75歳 is something we’ve seen before, the age of the patient Saitou’s in charge of and this is connected with the possessive 『の』.

Saitou is sitting by his patient, lost in thoughts. 先生まだ残ってらしたんです『か』?

先生【せんせい】can be teacher or doctor; まだ: yet, still; Then comes 残る. 残る is a godan verb and it has the meaning of “to remain, to be left”. It is conjugated in the 〜て form.

It does not indicate tense by itself, however, it combines with other verb forms to create other tenses.

So maybe here it is to represent a sequence of action since there’s no いる・います to indicate the progressive state. Sequence implies a minimum of two actions. I don’t know where the second action is, it could be in the next bubble perhaps.

です『か』at the very end is asking a question. The ん which precedes it is a colloquial version of $\color{blue} {の}$ です if I recall correctly.

Article quoted on the -te form

Yes, you are right about ん. As for your other questions, らした is a less formal, shortened form of いらした, which itself is a variant of いらっしゃった, the honorific form of the verbs いる, 行く, and 来る. I assume in this context that the intended meaning is いる, so you can think of 残ってらした as 残っていた.

Not the answer you're looking for? Browse other questions tagged grammar translation particles manga copula or ask your own question.