I always assumed that Japanese uses a minimum amount of hiragana until I opened this Life and Death Dictionary (Game of Go) and everything is in kanji. Are there kanji for the particles (は が で に も etc...)? If not, can one write Japanese without particles? In the image text, are the particles implied but not written? 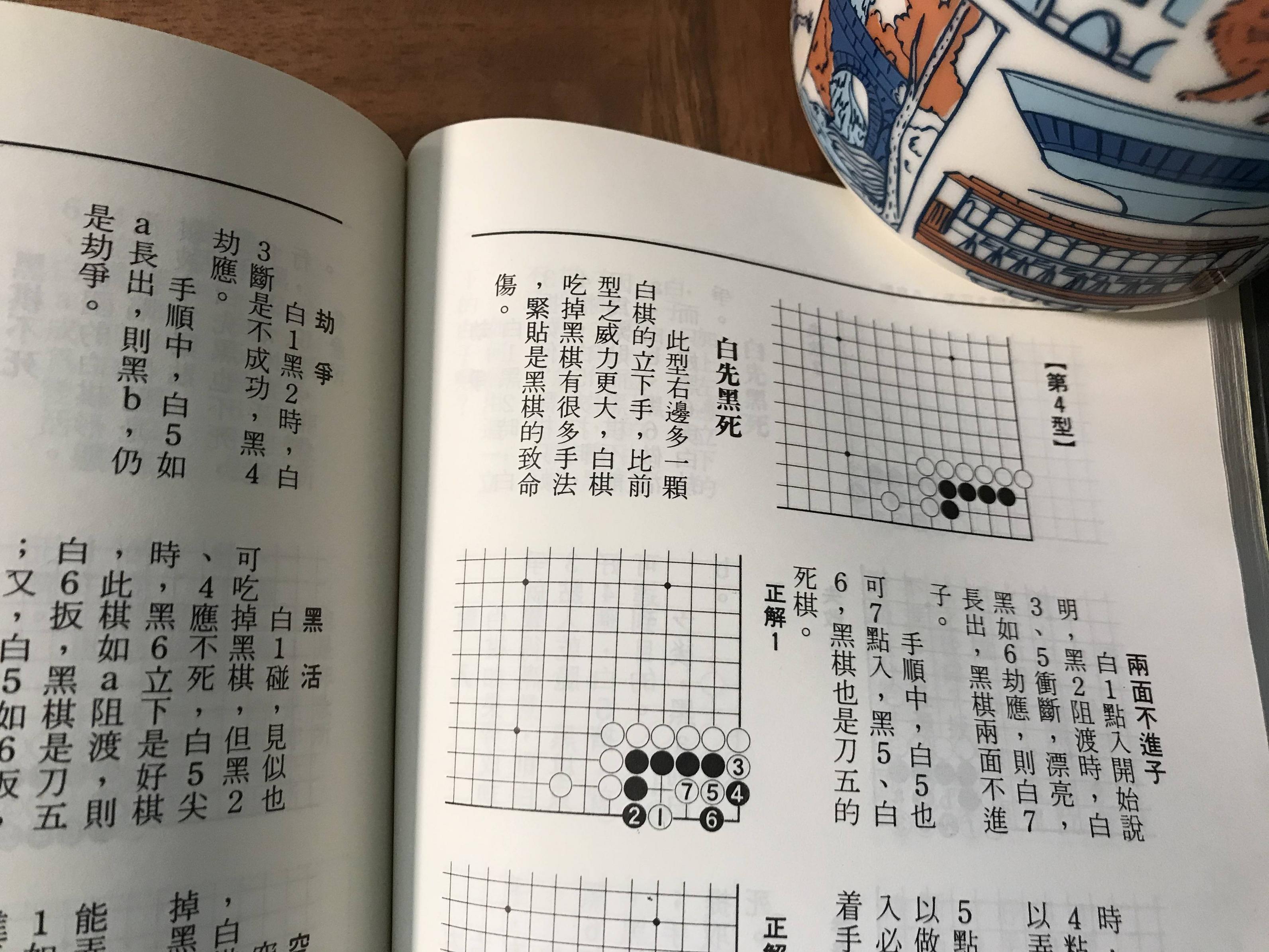 Update: to address the broader question in the headline, rather than just the specifics of the sample text.

That question has been asked and answered before:

Please see that post for a fuller discussion of the general question.

As noted by Jack Kendall, this looks a lot like a Chinese-language text.

Hints include the following:

Even without reading the text, the above factors all point to this being a text in Chinese -- not Japanese.

At the risk of sounding condescending, is the book definitely intended for a Japanese audience? As far as I'm aware standard, formal, modern Japanese basically always contains hiragana. Is it possibly a Chinese language?

Not the answer you're looking for? Browse other questions tagged kanji particles hiragana .

8
Is it possible to write Japanese in pure Kanji?

11
Is it possible to tell whether a word is kanji or hiragana without reading it?
9
What does it mean for the 'feel' of a sentence / text when it's written in all hiragana?
1
Intuitive or logical way to know when to use a kanji spelling vs hiragana spelling?
3
When is よう written in kanji as 様?
4
Why some tutorials teach writing Japanese numbers with Hiragana when they are actually written with Katakana (as on-yomi) in dictionaries?
2
Older Japanese had much fewer particles (助詞)? -- The modern "use ALL the particles" written style
3
What Unicode code points are needed to write Japanese Jōyō-Kanji?
0
How do schools teach Japanese words that use a higher-level kanji than the learner is familiar with?