How should I understand 「よくね」in this comic?

In the final comic of the web series 百日後に死ぬワニ ("The Crocodile Who Dies After 100 Days"), which you can access here if you don't mind the spoiler, the crocodile receives this final message: 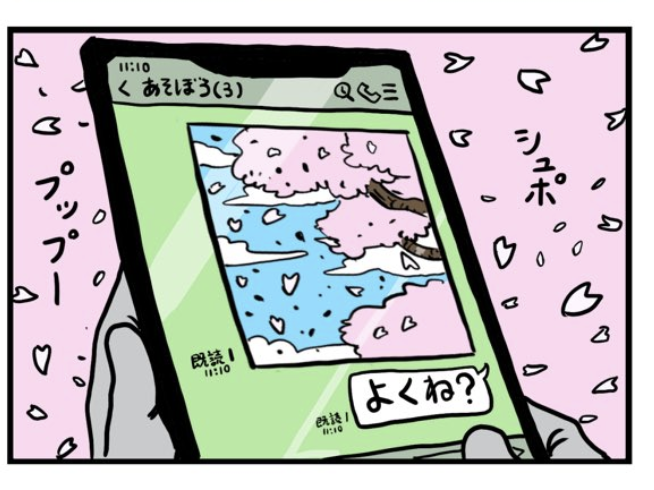 How should I understand「よくね」? How would the meaning differ if it was 「いいね」 instead (the translation I would expect)?

As for this particular word form, it is a relatively recent slang in casual speech. This ね was developed from ～ない？ which functions as tag question "isn't it?", thus always carries a mild to acute uptalk intonation, whether or not written with a question mark.

The most remarkable feature of this expression which is not predictable from its origin is the completely flattened phrasal accent.

This effectively yields a straightly upward phonetic realization, very much close to that of an English yes-no question sentence.

Not the answer you're looking for? Browse other questions tagged interpretation or ask your own question.

8
What is じゃねぇか? What is its original form?