Ask Question
Asked 1 year, 4 months ago
Active 8 days ago
Viewed 80 times
2
This question already has answers here:
Why are some lyrics' words written in kanji whose usual reading is not how it is sung? (6 answers)
Closed last year.

I recently finished the anime series Inuyasha, along with the four films. I noticed while looking at the Wikipedia entry for the first film—映画犬夜叉 時代を越える想い—that the romanization is written "Eiga Inuyasha: Toki o Koeru Omoi". This seemed odd to me; considering I recognize the word 時代, which is normally read as じだい and I have never seen a reference to it being pronounced とき.

So I thought this must be a typo. But after looking at the Japanese Wikipedia entry, and a closer inspection of the cover art, I realized it is not. The Wikipedia entry writes the hiragana as いぬやしゃ ときをこえるおもい, and (although difficult to see) it is right there in the cover art. The furigana under 時代 is written as とき. 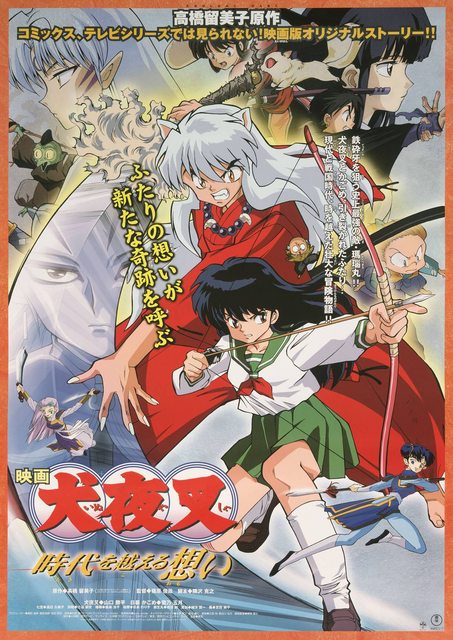 Is this a common homograph for 時代? Does it alter the meaning of the word? Tough similar, the definition of 時代 is usually era or time period, where as とき（時）is specifically time.

It's basically a stylized way of using kanji. It's fairly common in manga and songs to substitute the standard reading for something else in furigana. It's a way of adding extra meaning to the 'main' phrase in kanji.

There is actually quite a bit of flexibility available to writers when using this particular artifice. You can play around with it and do stuff like this:

I've seen cases where the ruby script is actually in kanji or romaji too.

Not the answer you're looking for? Browse other questions tagged meaning kanji creative-furigana or ask your own question.

27
Why are some lyrics' words written in kanji whose usual reading is not how it is sung?