What are these vertical lines called in Japanese?

I was reading the newspaper and saw these vertical lines. I'm guessing it's saying that 川上尚志 is in 広州 or something along those lines. But my question is what are they called and why they are used instead of say the interpunct/中黒（・）or a black dot （●） 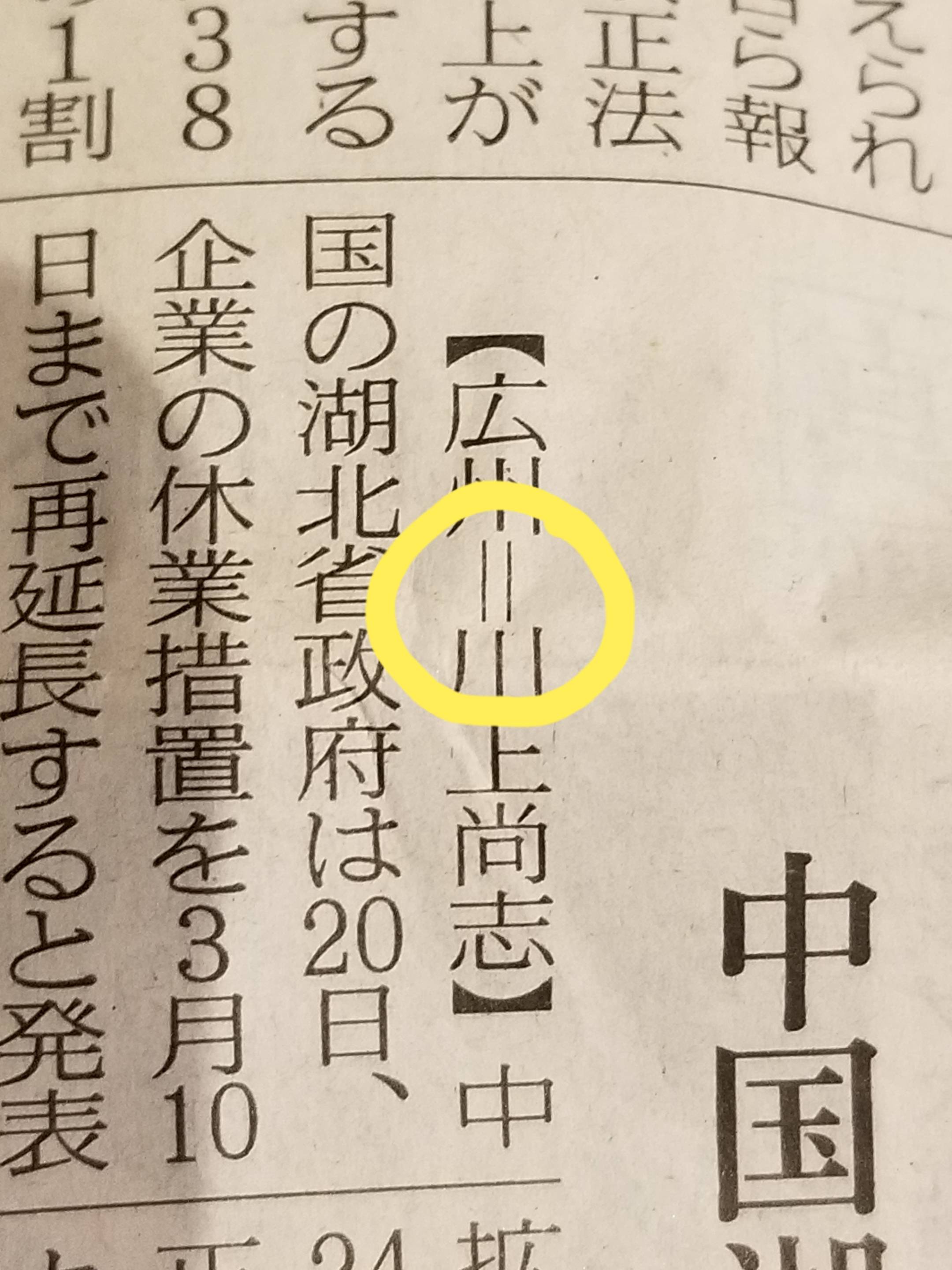 EDIT: Okay looking at the electronic version it seems that it might just be an equals sign:

However, I don't see anything on Google about a vertical equal sign 垂直イコール or something like that, so the naming and usage are still something I'd like to know.

The correct name is そうちゅうけい（双柱罫) . It's often called ダブルハイフン or イコールサイン, only because most ordinary natives wouldn't know its actual name, and it does look like either of them. But technically, it's a different sign with different meaning.

This is a double hyphen (＝), rendered vertically because the text is written vertically. The mark is called a ダブルハイフン in Japanese.

The double hyphen in Japanese is typically usually used to separate hyphenated names from other languages (e.g. the name of anthropologist Claude Levi-Strauss would be rendered クロード・レヴィ＝ストロース in katakana). From time to time, it is used as in the same way as the middle dot ・ (as this entry notes https://dictionary.goo.ne.jp/word/ダブルハイフン/#jn-138522). Its function therefore is to on some level to simultaneously connect the concepts, but separate the words themselves for readability.

In any case, here it is being used to connect the concept of the place (広州, where the person is), to the person's name (川上尚志), as is typical at the beginning of newspaper reporting. I'm not sure here why the choice was the double hyphen, but it may just be the house style of whatever newspaper you're reading?

12
What do the question marks on these gas station signs mean?
19
What does the nakaguro (・) between these two words mean?
5
What is the meaning of the dot (.) in Japanese dictionaries?
9
Are there means (formal rules or conventions) of use-mention distinction in Japanese writing?
4
What does te form of verbs mean in these two sentences?
8
What do these symbols in manga mean?
8
What is this dash-like punctuation at the beginning of lines, seeming to indicate rapid-fire thoughts?
10
What is the Japanese equivalent of English editorial brackets?