Why this Transitive Verb with が

while I was searching for と思う I came across a sentence, which is reproduced herewith:

Here are my questions: 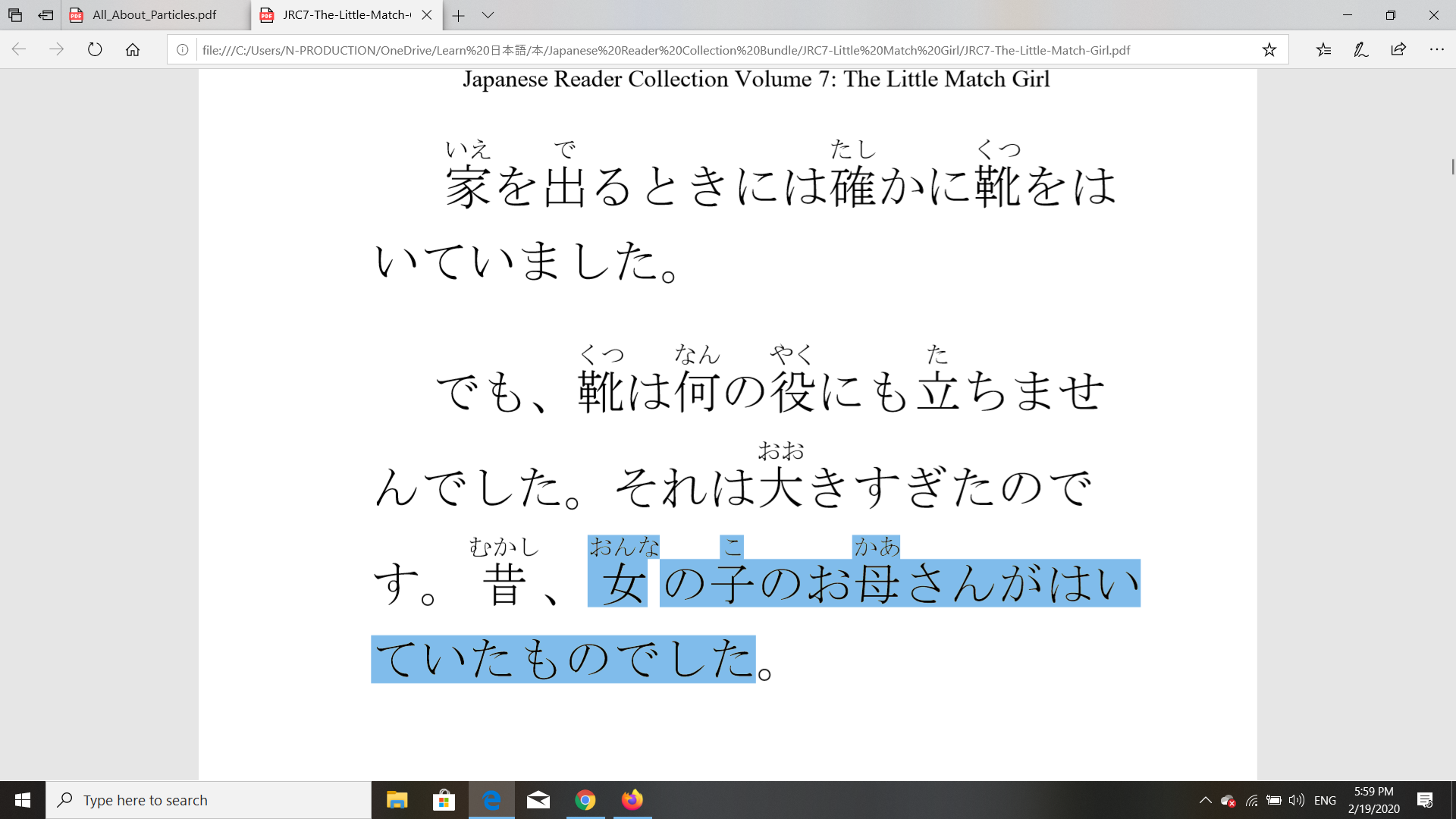 Which is to say, one of the main functions of 「が」is also to mark the subject of a verb.

Since the first sentence that you cited is lacking context, let's focus on the excerpt from the story.

In the first sentence, we come to learn that, when the little girl left the house, she put on some shoes. Since 「履く」is a transitive verb, it requires an object,「靴」, which takes the 「を」particle. But now that 「靴」has been established as the object of 「履く」, it's unlikely that we will ever see 「を履く」again in this part of the story, which is why I said that this is not an issue of verb/object.

In the next two sentences, we learn that the shoes were essentially useless because they were too big for her feet. Why? Because, in the last sentence, we find out that they were shoes that her mother had worn long ago. As I said, 「靴」had already been established as the object of 「履く」, so 「靴」is omitted. (This is similar to English, where after the object has been identified, it is thereafter referred to as it, them, etc.)

But, we still needed to know who wore the shoes long ago. So now the author uses 「が」to mark the subject, her mother, as the one who used to wear them.

Applying this explanation to the first sentence you cited, Sakura thinks that Matsumoto will stop doing something, but that something would have been established in a previous sentence, so now it has been omitted, and 「が」is functioning to mark Matsumoto as the subject who is stopping/quitting.

So, in summary, when the object of a transitive verb has already been identified, it can usually be omitted. But if the subject who is acting on the object changes, 「が」becomes necessary to identify that subject and it is irrelevant whether the verb is transitive, because again, it is no longer a verb/object problem, but rather a subject/verb problem.

が is the subject marker and を is the object marker. If your sentence is さくらさんは松本さんを止{と}めると思う, it means that "I think Sakura will stop Matsumoto".

止める has two readings such as とめる and やめる, If your sentence is さくらさんは松本さんが止{と}めると思う, it can be interpreted in two ways. The one is "I think Matsumoto will stop Sakura" and the other is "Sakura thinks Matsumoto stop (somebody or something)". を is changed to は in the former sentence , and "somebody or something" is omitted in the latter sentence. If it is さくらさんは松本さんが止{や}めると思う, it normally means only "Sakura thinks Matsumoto will give up (something)" because は can't be changed to を. さくらさんを止{や}める is unnatural, isn't it?

女の子のお母かあさんがはいていたものでした is translated as "They were shoes that the girl's mother wore". There isn't any object in this sentence.

As for the second, why would it not use が? The speaker's mother wore them as a child. The shoes did not wear her.

が is a subject-marking particle. In most of the case, が follows the subject (there are some exceptions).

は is used to mark the topic of a sentence.

So in this case, it could be said that さくらさん is the topic, so は is used, and 松本さん is the subject so が is used.

Not the answer you're looking for? Browse other questions tagged particles particle-が transitivity .