appending くれる to verbs for unwanted things that someone else did

Appending くれる to the て form of a (normal) verb means that someone else did the work. For example:

The sentence above has a nuance that the person who ate, did a favour to me, and that favour was that he ate the food (whatever the reason, he did me a favour).

The question is, what if I didn't want that someone to eat the food, but that someone still ate the food (and I am pissed about it). In this case, will it be possible to use the same sentence structure? I.e:

will it be possible to use the same sentence structure?

Yes, you could say 「食べてくれたな。」 sarcastically.
You could also say 「よくも食べてくれたな。」, where よくも explicitly shows that you're pissed off.

I think you should just see from the tone of the voice and the speaker's facial expression. 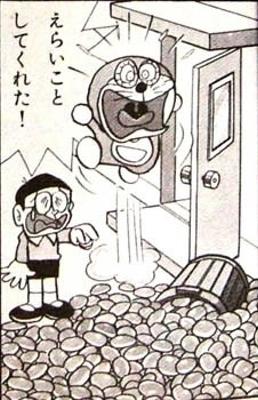 Not the answer you're looking for? Browse other questions tagged giving-and-receiving or ask your own question.

19
Differences between くれます, もらいます and いただきます
3
のために + ～てあげる/くれる
2
WHY Japanese use ていただきました in the end?
3
Can I translate くれる in the following way?
4
Difference in nuance between causative form and てもらう
1
Question about もらう／いただく
1
Does てもらう imply that a service has been requested?
2
Changing verb subject after a favor - Is this a reliable pattern?
0
Looking for help sorting out how some verbs work and hopefully a good resource for sorting such things out
3
Why can てもらいたい mean "someone else wants me to do something for them"?