Meaning of “かぶらず” and usage of に

I came across a sentence which had かぶらず. As, per the picture, the meaning is nothing to wear on head. However, I was trying to figure out whether かぶらず is part of conjugation of the verb かぶる, however, many websites were not showing such conjugation, and the meaning of word かぶらず for that matter. Thereafter, I googled it and found it meant not wearing.

my question is; whether is かぶらず is the conjugation of かぶる or is it something else?

Is it some sort of a negative form to be used with particle も which also has the function of showing nothingness? 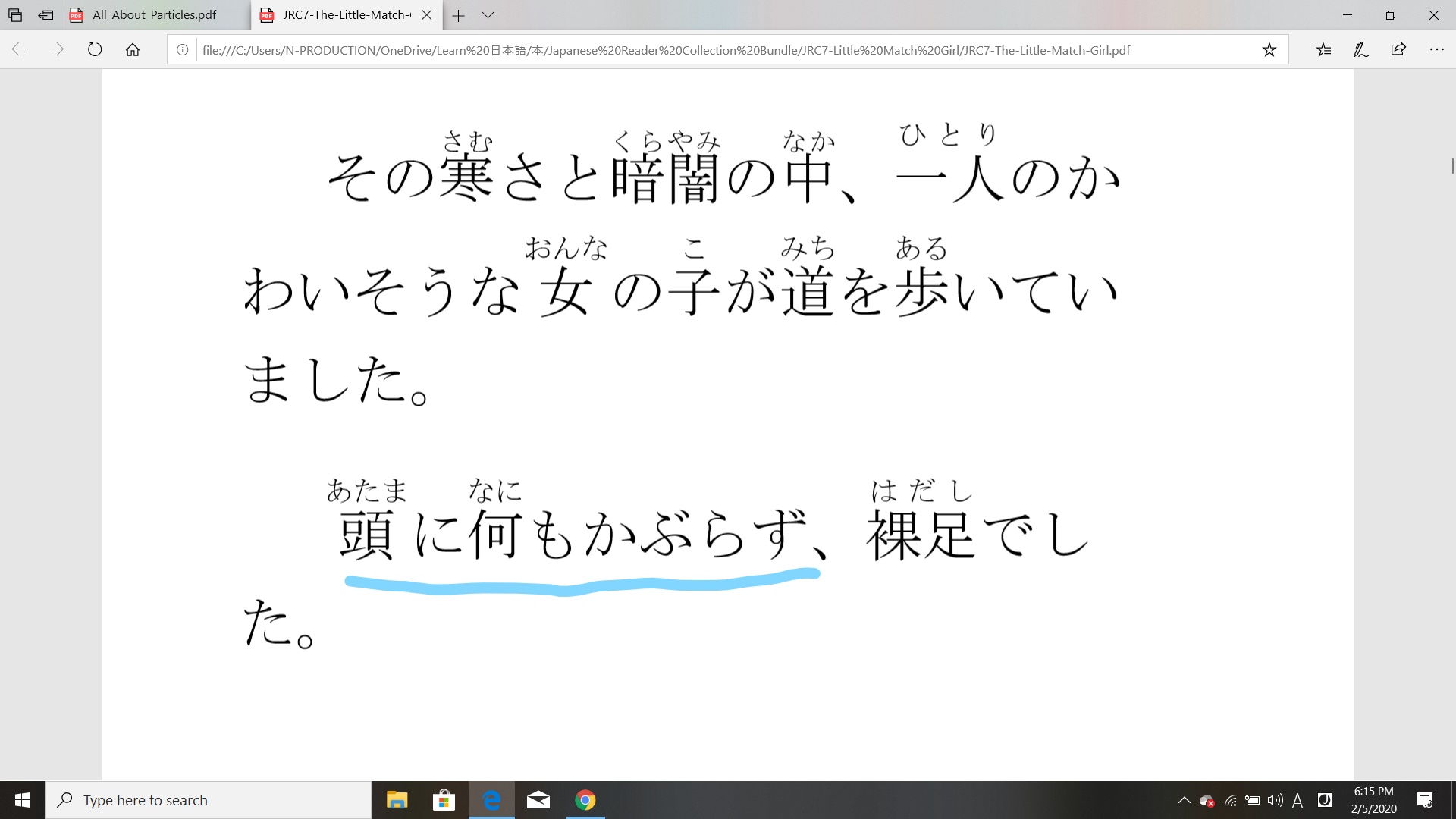 ず is a way of negating a verb that is more old fashioned/formal/archaic. It's still used quite often though. Here is a link to an answer about ず: What is the difference between the negative forms -ず and -ぬ?

As for the に, I suppose the simple answer is that 被る{かぶる} is a transitive (他動詞) verb and the に indicates the indirect object. The direct object would be something like a hat, which you could put on. But then, there is the question of where you put the hat. The answer is: on your head.

Not the answer you're looking for? Browse other questions tagged grammar translation meaning verbs or ask your own question.

70
What is the difference between the negative forms -ず and -ぬ?