Can anyone help me identify what some kaomoji mean please?

That's all I have rn, thank you so much!

Japanese people have invented tons of emoticons, but the ones you have listed were popularized among the users of 2ch more than 20 years ago. They are collectively called 2ch系顔文字. They were super-popular in the past but they may look rather outdated today. 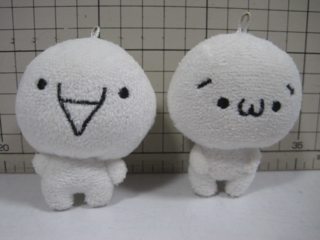 These are variations of ショボーン, which was named after the onomatopoeia しょぼん. It basically expresses a disappointed face (or sometimes an innocent gaze). ω is a mouth, ´ and ` are eyebrows, ｡ is a cheek.

A variation of ショボーン with teardrops. 😢

This is a variation of ゴルァ named after コラ. This д refers to the mouth of an angry person, similar to this.

8
Difference between words that describe the idea of neighborhood/being close to something
9
What do young Japanese mean by セクハラ?
5
How would you translate ボタンを掛け違う?
3
Can't understand なら usage in this context
2
はずもない、はずはない、はずがない. Difference and meaning
3
What is “舎弟” supposed to mean in this context?
2
What does this artist's name mean? 光収容の倉庫
0
Can anyone help identify this character 僮?
5
Meaning of 落着き先?
2
What does あえて mean?