I previously practice reading beginner’s japanese book and was surprised by this verb form, the verb+り. Can someone please help explain about its usage or where I can study more about this form of verb. Thanks so much!! 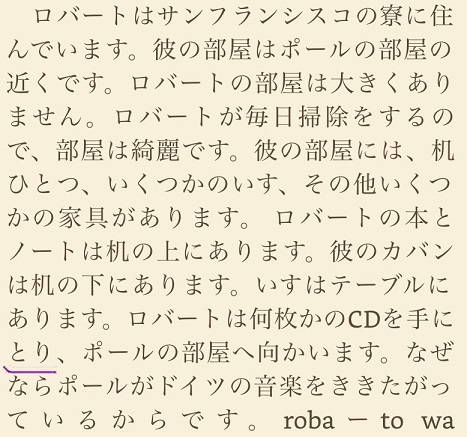 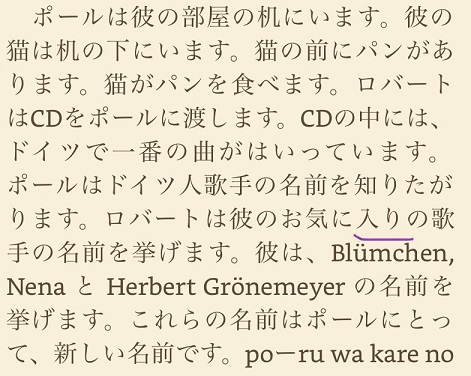 The two instances you indicated in the image are not [VERB]+り. These are instead the verb in the -masu stem form, also sometimes called tine "continuative", "infinitive", or even "gerund" form in English, and also called the 連用形【れんようけい】 in Japanese.

The two verbs in your image:

Please comment if the above does not answer your question.

Not the answer you're looking for? Browse other questions tagged grammar conjugations set-phrases parsing conjunctions or ask your own question.

8
Use of the particle を to mean where something is going?
4
What is the function of と in verb-ていると form
2
Conjugation for the verb しろって
2
Please help me understand the させたくない form
2
Usage of のに with verb of motion
1
Can someone explain how ような is used in this sentence?
1
Could you please explain the use of passive voice in the following sentences?
2
Can someone explain me how this part of the sentence is connected to the other part?
4
Can You Explain the Particle Usages For These Sentences Involving 雨の中＿?