What do you say for "junction" or "fork" in a path in terms of direction?

For junction I know of 交差点 but is that only for traffic junctions or can it be used generally, say, in a mall when the path splits 3 ways or more in front of you.

I think it would be called a 分岐点｛ぶんきてん｝. In addition to physical path splits, it's often used to indicate turning points abstractly (like a turning point in your life etc).

EDIT: As @Flaw mentions, this word may not be the best to describe the situation in casual spoken language. A more casual way you could express this is 分かれ{わかれ}道{みち}. However, even though one could describe using both of those words how to navigate to a specific location via an intersection/a path split (分岐点/分かれ道を右に行く), it might be better to be more detailed. For example to express turning right at the first intersection in a キ shaped intersection (キ-shaped probably isn't a real word), you might say:

Here's an excerpt from research done by the Japan Tourism Agency: 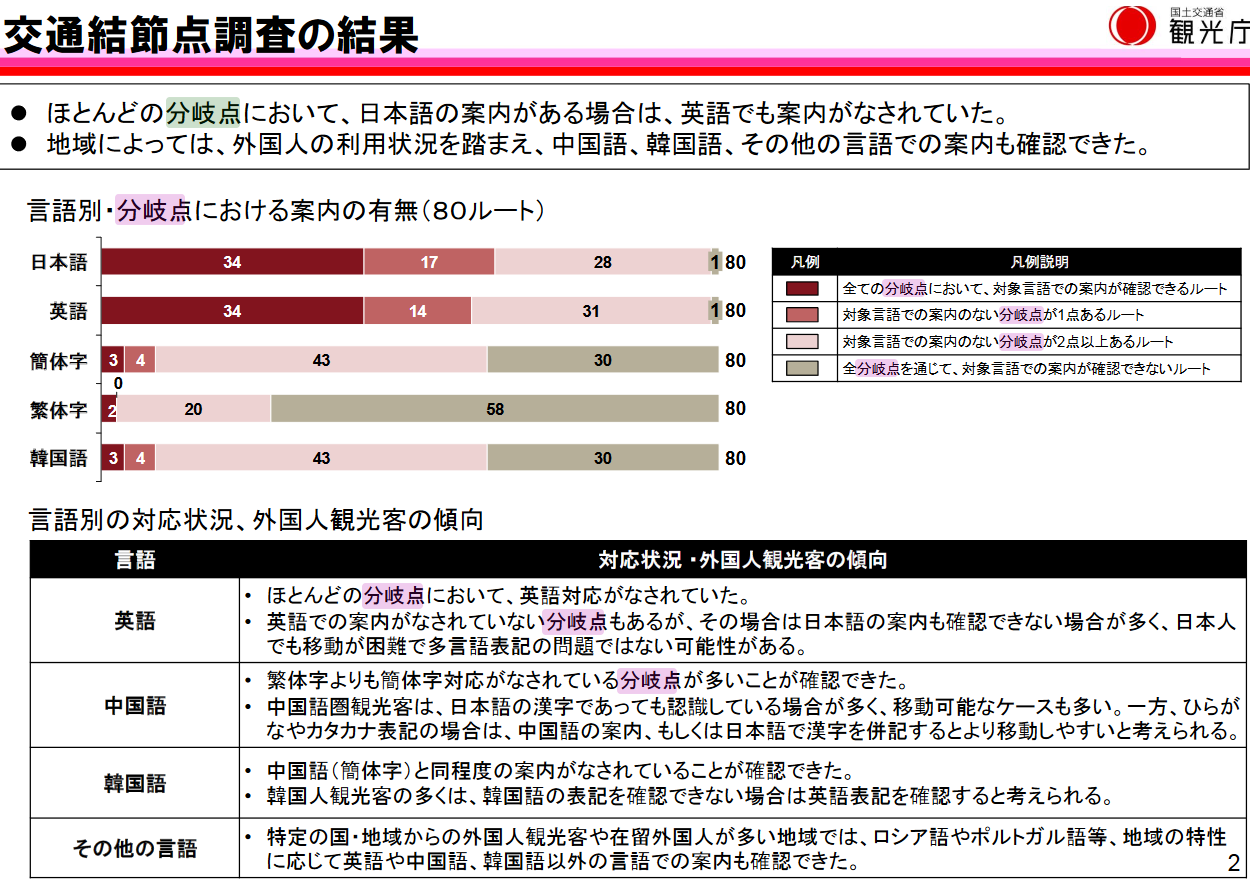 And here are some other usages I found: 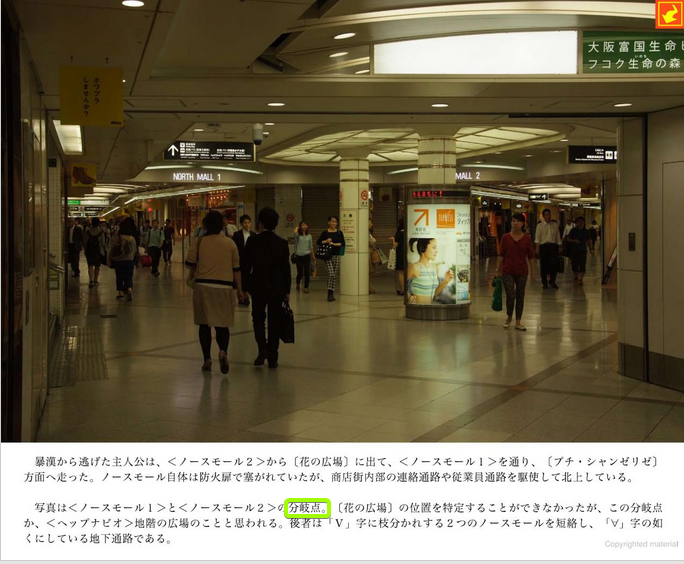 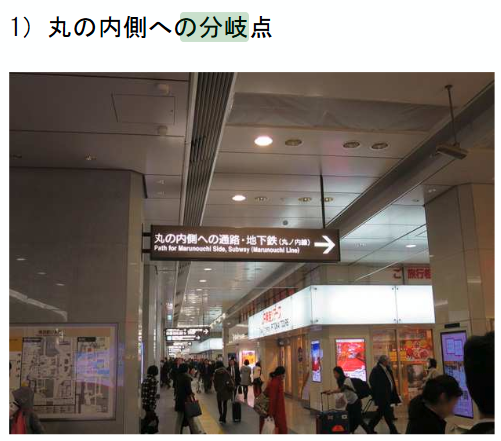 Not the answer you're looking for? Browse other questions tagged grammar direction or ask your own question.

4
When saying "while" doing something, how do: 間、うち and ながら differ?
6
Alternate ways to say 結構です?
10
"you know what?" or how to change your mind
0
How do you say (something) 'could be'/'might be' the cause/reason for a certain effect/situation?
1
How to say "I think studying English is easier for Brazilians than for Japanese"
6
Express the idea of something being suitable for something: "a Baby friendly hotel"
4
Different ways to say several
3
How do you say: "People like you are ____" in Japanese?
0
How to say that you need to do something?