how to pronounce name in japanese

Would appreciate some help here. The picture shows a nametag that's meant to spell Reina in hiragana, but does the last character look off? Specifically the top right bar.

Additionally, do Japanese speakers pronounce this name as "Ray-na" or "Ray-ee-na?"

Many thanks in advance. 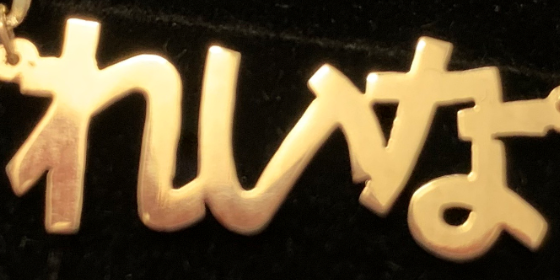 Regarding the nametag, it does clearly say れいな -- it's probably just the joins between the elements that are making it 'look off' to you? Perhaps seen from afar it would be clearer, as those small joins would appear less prominent?

As for pronunciation, Forvo is a good place to check for native pronunciation recordings. This individual says "Reina Miura" (apparently the name of a professional mixed martial artist). https://forvo.com/word/reina_miura/#ja

As for the writing, yes, the font is heavily stylized. It would be better if the top right bar was slanted, instead of being completely horizontal.

The easiest way to pronounce れいな for an English speaker would be "Ray-Na". And yes, the な in the picture is very much incorrect. What font was used to make the plate?