添付される for physical objects. Does it mean "included with" or "attached to"?

When 添付される is used for physical objects. Does it mean "included with" or physically "attached to"? So far I've only seen 添付 used with email and paper documents, for which no distinction needs to be made.

For example, if you are thinking about buying a machine, say a CNC, and the description of the product says

Does it mean that the settings table is physically attached to the machine, or is it just included with it?

Edit
I finally found a picture to help explain the kind of situation I have in mind.
See the safety sheet on this machine. It is in a plastic folder that is screwed to the machine. Would this be considered 「本体に添付されています。」? Now, picture the plastic folder hanging from the machine with string through one of the holes on the left. Would that be considered 「本体に添付されています。」?
I have to ask with this much detail because I was given the Japanese sentence 設定表は本体に添付されています。 with the English translation the settings table is attached to the machine. I have to change the English if "attached" is not correct.

I know nothing about CNC or its 設定表, but I believe it is packed together. 添付【てんぷ】 always means "place it alongside", so you should find it separately. If it were built in or written in the machine's memory, I think they would use 内蔵 "store inside".

As an aside, a considerable number of people confuse 添付 with 貼付 "stick on" (whose correct pronunciation is ちょうふ). In this case, you may find it on any side of the product, or the box. But it doesn't change the situation here.

The setting seen in the pictures you provided is not the typical case we use 添付 at all, unless the paper can be freely taken out from the folder, or the folder from the machine. 貼付 might be somewhat better, but we would usually call it 固定されている or simply 本体にある (if nailed); 連結されている or 結ばれている (if permanently tied). You can also use 付属, where it just means "come with", regardless of form.

添付 in the usual sense implies that the attachment is given in a physically separate medium, unlike the English attach.

According to the patent : 警告{けいこく}表示{ひょうじ}機能付{きのうつき}数値制御装置{すうちせいぎょそうち} by DMG森精機{もりせいき}. The safety procedure : 注意書{ちゅういが}き, attached to the bottom left in the image, is a bit blurry though, it looks similar to the machine in the image you provided. So, I think the exprssion 「貼付{ちょうふ}」as the other answer provided, 「貼{は}られている」 basically fit with your question. The following is the excerpt from the patent. The bold part describes warning labels and safety procedure is attached to the CNC. 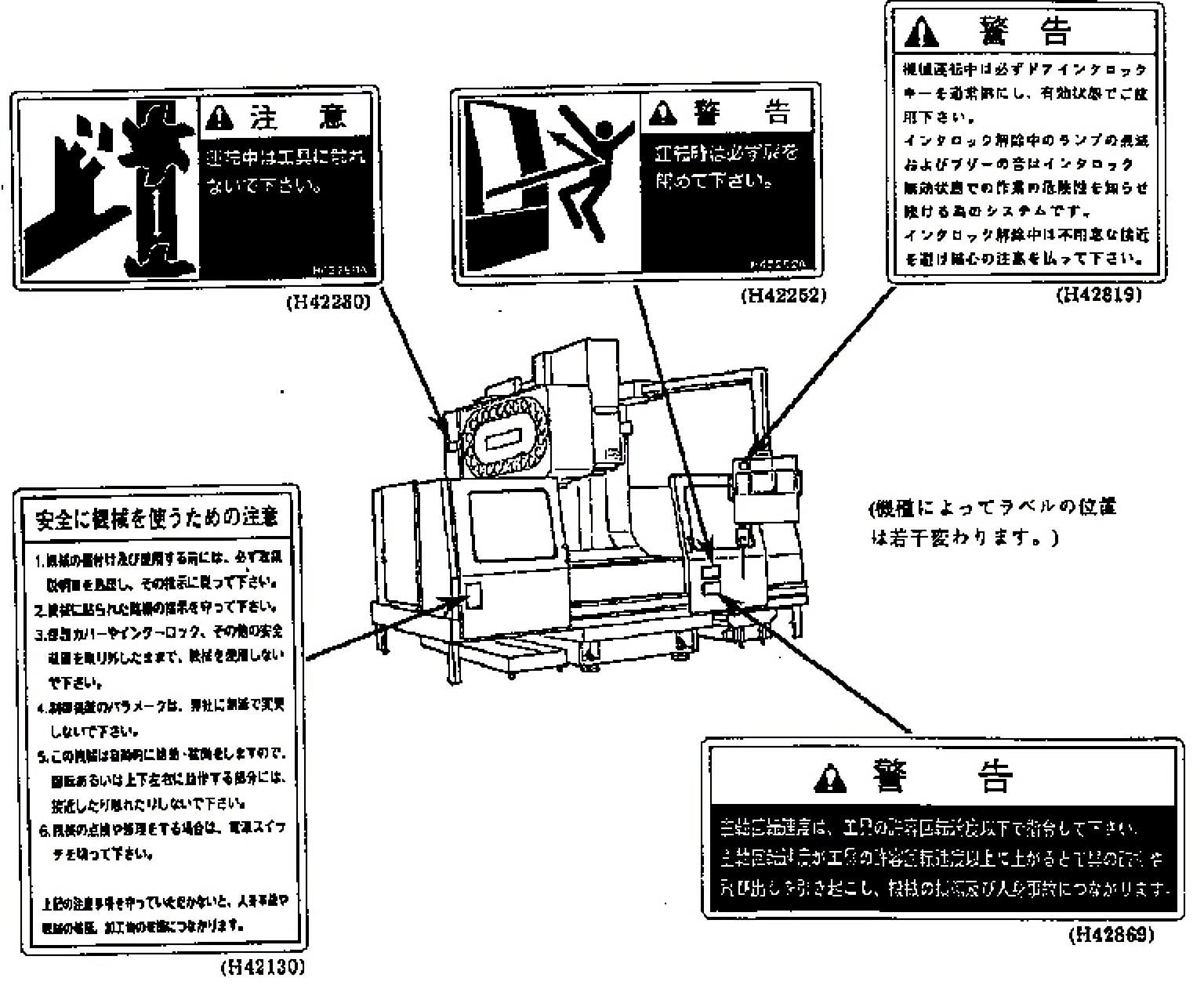 3
いる or ある for things attached to living beings
4
What exactly does リクルート mean?
4
Can 無理矢理 be used with inanimate objects?
1
Is "-Nu" same as "-Zu"when attached to end of words to mean "without doing" the attached verb?
3
Direct objects of motion verbs and help with the difference between を and に
1
What does “Itatakimas” actually mean?
2
What does 気楽 mean when attached to ビール or お酒？
0
Can 面子 mean "face" as in the physical face?
4
What does ぶり mean when it is attached to question words?