Looking to understand a fantasy name

This is related to Beyblade, regarding a team exclusive to a game that didn't get translated to English. Each blader has their own holy beast to command and I'm not getting the name of one of them.

The fourth one is グランクローネ, a beast based on the tripedal crow, probably specifically Yatagarasu. Now, for my questions:

・ I could not find any specific data on this, but if I would guess, I'd say that is natural, maybe almost automatic, that when the speaker are trying to associate with English culture or something imagined as being of English origin the speaker would use グランド, and the same should occur with the French グラン. As グランプリ is of French origin the "french" way is emulated. グランド キャニオン comes from English and Mexico's リオ・グランデ川 or Brazil's リオ・グランデ・ド・スル州 would be examples of one more variety. I'd guess that the speaker noticing (or at least imagining) the culture he/she is referring to, he/she chooses from グラン、グランド、グランデ。

・ I do not believe a author will use the words indistinctly. I believe that if a author of a novel, game, manga or whatever chooses some word, he wants to say something through it. So I'll list the possibilities I've come up with, on suffix 'ne'

クロー indeed seems to be "Crow".

I don't know. Since you seems to be way more acquainted with the game I think that just you can decide about what makes more sense. Although I've got excited about it.

If I would guess, I'd be with number 5. Because it seems to solve the streching, and have no problems with the meaning. In fact, maybe the author was thinking on a puzzle on Grand Crow and Grande Couronne. A big crow with a big crown.

So, I skip this and move onto クローネ. I think you are correct to assume クローネ comes from 八咫烏{やたがらす}:yatagarasu. And 八咫烏{やたがらす} is the symbol of national football of Japan.

Then, the author wished Japanese football team will win the tournaments or some titles.

Therefore,I reckon the suffix-"ne" comes from "Campione" in Italian or "Throne" in English. 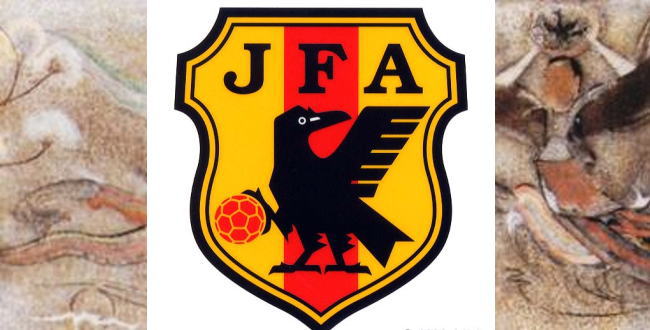 The game seems to be focussing on creating interesting/fun/cool names by freely using katakana words. So even though グラン and グランド are indeed the "French" and "English" versions of the word grand, here they are 100% equivalent and I have no doubt that グラン would have been replaced by グランド if the creators had thought that it sounded better.

クローネ is not a well-known word in Japanese, but my own guess would be that it comes from krone which is a Danish/Norwegian/German word for "crown" (also the name of the Danish currency), so it might give it a European ring. Plus, the crow in the picture even wears a krone. (I cannot imagine that it would be クロー + ネ, but of course I cannot refute this thesis either.)

Should I look at クローネ as French just because I do グラン?

Certainly not! There also appears to be デビルクローネ, which is undoubtedly devil + クローネ, but you cannot at the same time conclude that クローネ is English. 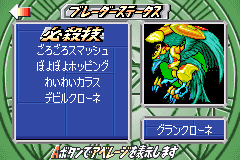