How does it turn this into a noun clause? All I get from it is “I can do something” but I don’t see where こと fits in. 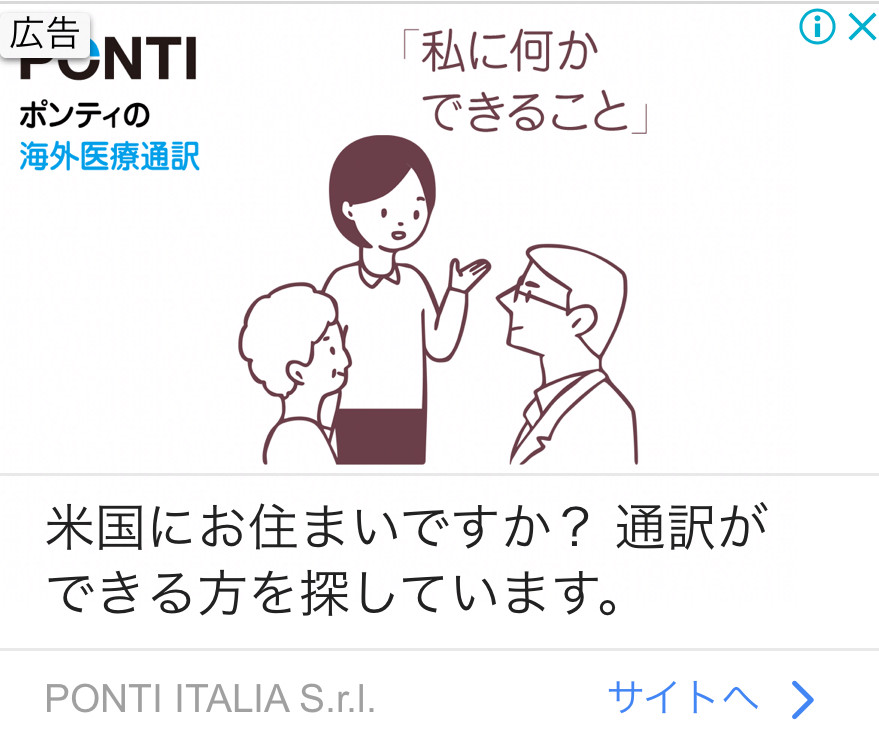 grammar word-usage particle-こと
Share
Improve this question
asked May 18 '19 at 13:24

私に何かできること translates to a noun phrase "something I can do". This こと is not a particle but a simple noun meaning "thing". And 私に何かできる is a relative clause that modifies こと. This seems to be the first time you asked about relative clauses on this site, but real Japanese sentences are full of relative clauses, and you probably have seen this construction before.

Let's start from this sentence:

私には医療通訳ができる。
I can do medical translation.

In case you're not sure what this に is doing, see: Why say "〜、皆には出来る。" instead of " 〜、皆は出来る。" in this context?

Next, with the basic grammar of relative clauses in mind, you can form the following noun phrase from the first sentence:

私にできること
the thing I can do

So I changed 医療通訳 to こと, and pulled it out to the end of the sentence. I also changed には to に.

私に何かできること
something I can do

Finally, I feel this is not something this (seemingly Japanese) lady is saying to the other people. Saying "Something I can do!" suddenly to people around you makes no sense. So it's either a catchphrase of this ad or what she is thinking, i.e., "(So this is) something I can do!". If you're interested in how to say "Can I help you" in Japanese, see: Can I help you?

It's short for「私に何かできることはありますか？」or "Is there something I could help with?"

A similar and much more common abbreviated phrase is「私に何か用」, from「私に何か用ですか」or「私に何か用があるんですか？」. I believe the phrase in the example was created as an allusion (for lack of a better term) to this one, and by this I mean that it was likely artificially made to resemble「私に何か用」to make it 'sound better'.

And to be more clear,「私に何かできること」in itself would never be used in isolation. In other words, as is often the case in advertisements, what "sounds good" (from the perspective of the people who came up with the concept) was prioritized in this case over correct language.

Not the answer you're looking for? Browse other questions tagged grammar word-usage particle-こと or ask your own question.

3
How is に used in にできる here?
18
Relative clauses distinguishing whom/with which/that
8
Why say "〜、皆には出来る。" instead of " 〜、皆は出来る。" in this context?
8
Can I help you?
0
に particle used with ある

7
こと (Must Do) Confusion
4
Why is いつも used in this sentence?
1
How would you say 'a fork is a tool you eat with'?
3
How to translate nominalised adjectives from Japanese to English (e.g. スイスがきれいなこと)
0
Reason for using じゃないですか in this sentence?
4
How to say "that" as in "the cow that ate" in Japanese?
3
What is the の particle doing in this sentence when used after まで?
2
Use of こと in this dictionary entry
1
Why is ばかり used with だ / です